Top Florida Official Defies Order From DeSantis to Lower Flags For Rush Limbaugh: I ‘Will Not Celebrate Hate Speech, Bigotry, and Division’ 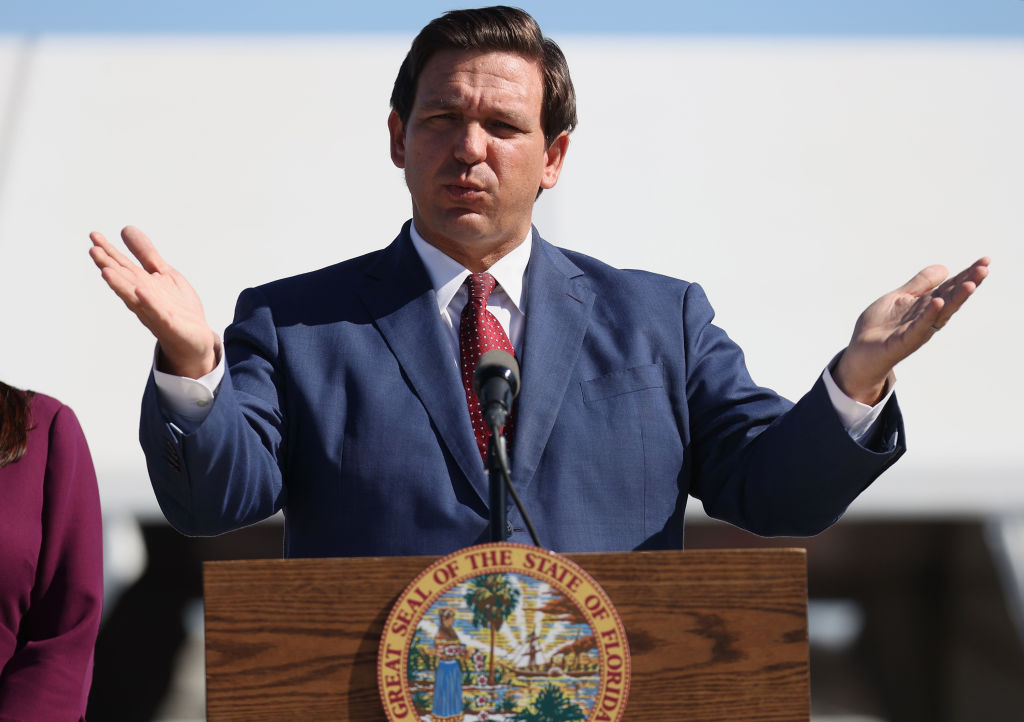 Florida Agriculture Commissioner Nikki Fried is refusing to follow an order from Gov. Ron DeSantis (R-FL) to lower flags at state buildings to half-staff in honor of conservative talk radio host Rush Limbaugh, saying that lowering the flags should “reflect unity, not division.”

Limbaugh, a long time resident of Palm Beach, Fl., passed away last Wednesday at the age of 70 due to complications from lung cancer. Last Friday, DeSantis announced that he would order flags at state buildings to be lowered to half-staff as soon as the date was set for Limbaugh’s memorial service.

Fried, Florida’s only statewide elected Democrat, issued a statement on Monday that she would “issue direction to state offices under her purview” to “disregard the Governor’s forthcoming order” regarding the flags:

Lowering to half-staff the flag of the United States of America is a sacred honor that pays respect to fallen heroes and patriots. It is not a partisan political tool. Therefore, I will notify all state offices under my direction to disregard the Governor’s forthcoming order to lower flags for Mr. Limbaugh – because we will not celebrate hate speech, bigotry, and division. Lowering the flag should always reflect unity, not division, and raising our standards, not lowering them. Our flags will remain flying high to celebrate the American values of diversity, inclusion, and respect for all.

“I will not lower the flags at my Department’s state offices for Rush Limbaugh,” wrote Fried in a tweet about her decision. “Lowering our flag should reflect unity, not division — and raising our standards, not lowering them.”

I will not lower the flags at my Department’s state offices for Rush Limbaugh. Lowering our flag should reflect unity, not division — and raising our standards, not lowering them. https://t.co/HqtzeoUHkr

Fried had previously criticized DeSantis’ order a few days ago, noting that the governor had not made any comments when Congressman and civil rights activist John Lewis died last July.

.@GovRonDeSantis is lowering Florida’s flags to half-staff for Rush Limbaugh.

But he had no words for Congressman John Lewis.

State Rep. Anthony Sabatini (R-FL) denounced Fried’s move, calling it a “gross abuse of power,” and suggested that the legislature “should immediately convene in an emergency session and pass a law creating a uniform Flag policy.”

I believe the Florida Legislature should immediately convene in an emergency session and pass a law creating a uniform Flag policy and rid Commissioner @nikkifried of this authority—which is a gross abuse of powerhttps://t.co/mhnr2RUegf

However, Fried’s office provided Mediaite with the Flag Protocol of the Executive Office of the Governor, which is the state’s “uniform flag policy.” The Flag Protocol “outline[s] the procedures regarding the lowering of the National and State Flags to half-staff by directive.”

According to these rules, the State Flag is lowered to half-staff whenever the National Flag is lowered to half-staff, and the flags may be lowered upon the death of certain government officials including a current or former President, Vice President, Supreme Court Justice, Speaker of the U.S. House, members of Congress from Florida, prominent State of Florida officials, Florida law enforcement officers and firefighters, and members of the Armed Forces from Florida who have died in the line of duty.

The Flag Protocol further provides that Floridians may “request flags to be flown at half-staff for other reasons not addressed in the flag protocol,” but expressly states that “the Flag Code does not prescribe any penalties for non-compliance nor does it include enforcement provisions.”