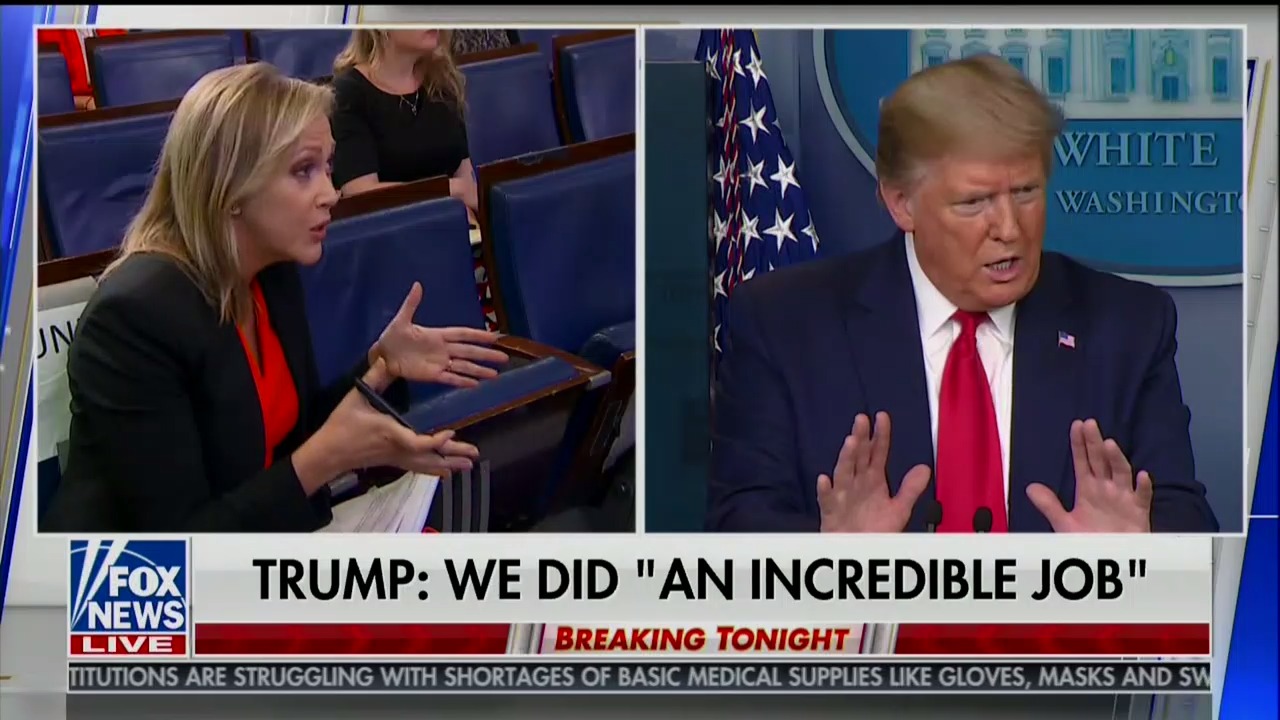 In the 4 p.m. hour on Monday, Fox News drew a respectable 2.47 million viewers. By the 5 p.m. hour, however, on the eve of what might have been President Donald Trump’s wildest coronavirus briefing yet, the network was up to 5 million viewers total with a whopping 890,000 in the advertiser coveted 25-54 demo. Their viewership then stayed above 5 million for the next four hours.

Sean Hannity’s show finally dropped to 4.54 million in total viewers, and 849,000 in the demo, but he still beat out rivals on CNN and MSNBC.

MSNBC’s Rachel Maddow continued to draw higher ratings than her network’s coverage of the White House coronavirus briefings, with 591,000 in the demo and 3.32 million in total viewers.

MSNBC’s victory for the day came in the 11 p.m. hour: Brian Williams, whose show The 11th Hour has been a hit for the network, beat Fox’s Shannon Bream and the second hour of CNN Tonight with Don Lemon with 2.1 million in total viewers. Bream drew the most viewers in the demo, however, with 488,000 to Williams’ 419,000.

At 9 p.m., Cuomo Prime Time featured Chris Cuomo again hosting his show while battling the coronavirus. He drew big numbers in the demo — 766,000 — and 2.48 million overall.