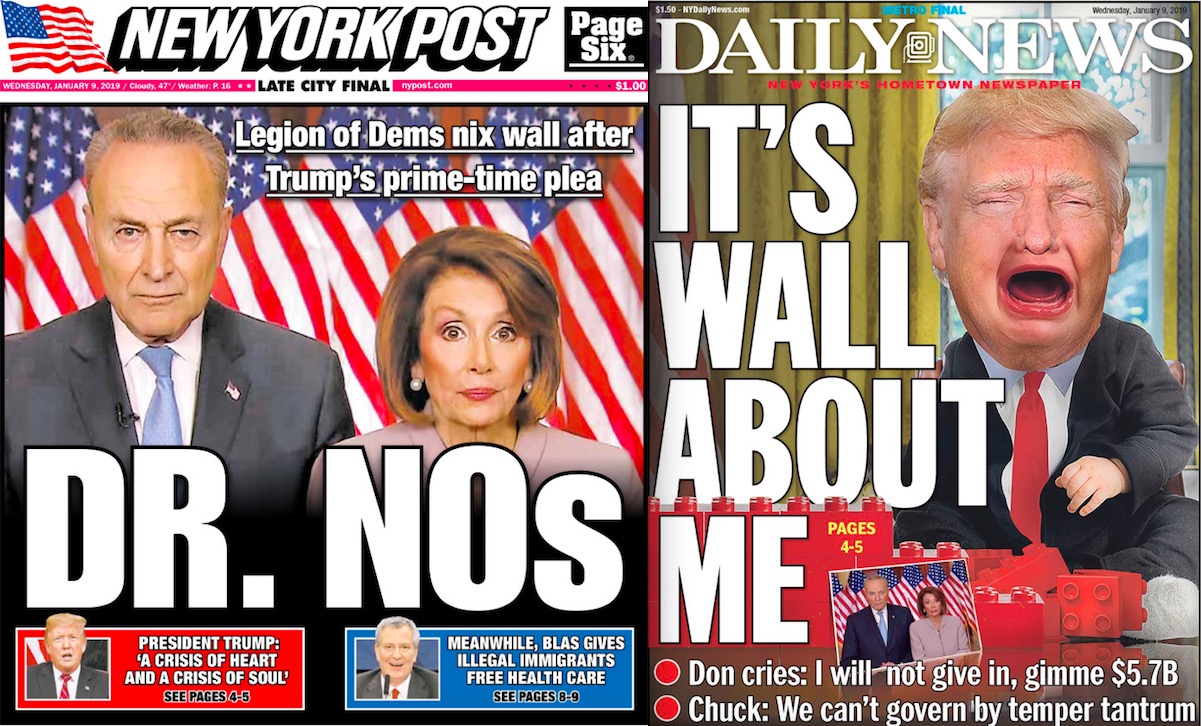 New York’s rival tabloids took opposite routes on their front pages when covering Tuesday night’s televised spat over immigration and the government shutdown.

The New York Daily News, the city’s more Trump-averse paper, depicted President Donald Trump as a wailing baby — along with the headline “IT’S WALL ABOUT ME”.

“Don cries: I will not give in, gimme $5.7 billion,” the News wrote, referring to Trump’s demand for border wall funding in order to reopen the government. The News framed the Democratic response from Sen. Chuck Schumer as, “Chuck: We can’t govern by temper tantrum.” 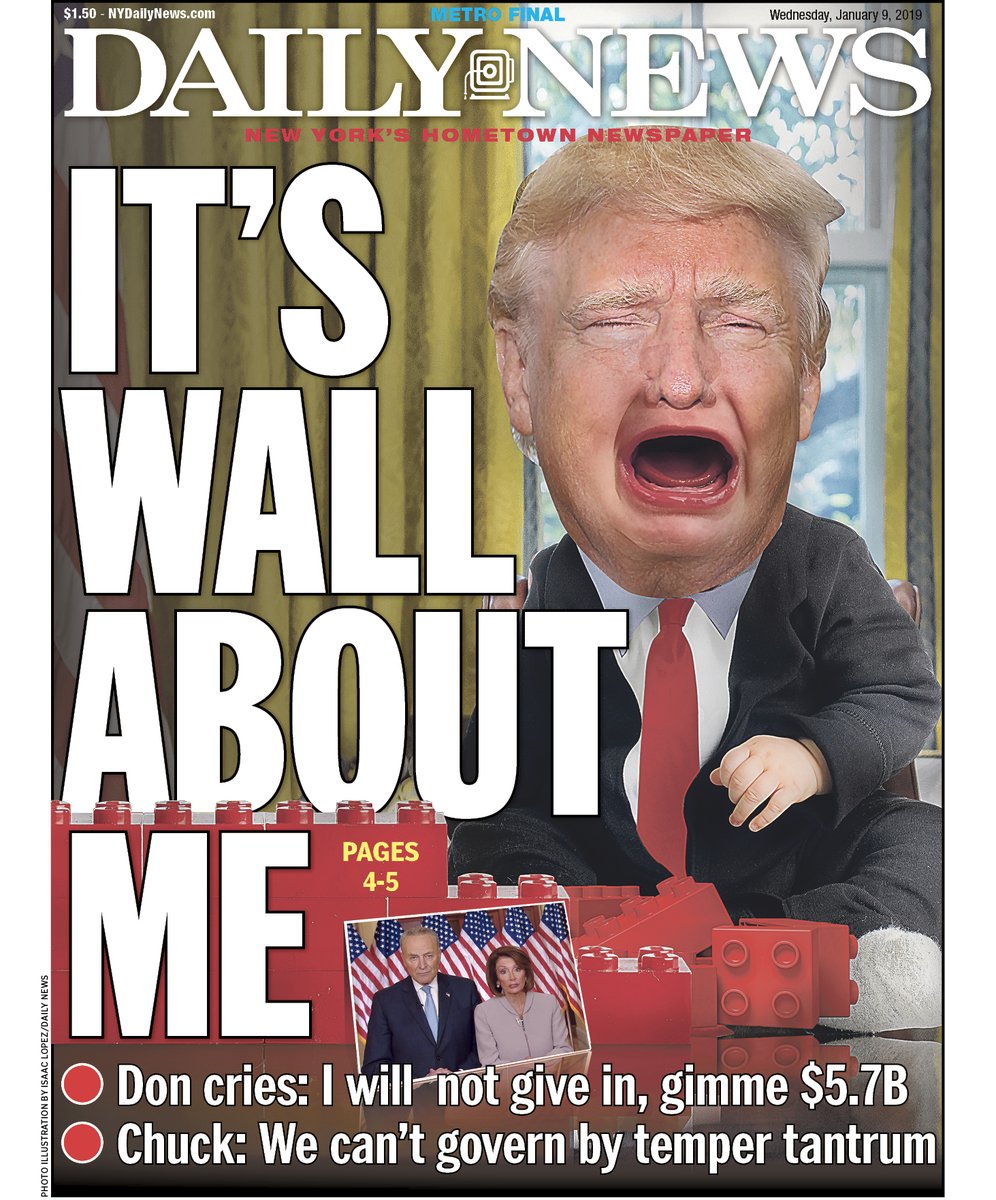 “DR. NOs,” the Post wood blared, with a screenshot of the glaring Democratic leaders that was widely mocked on Twitter Tuesday night. 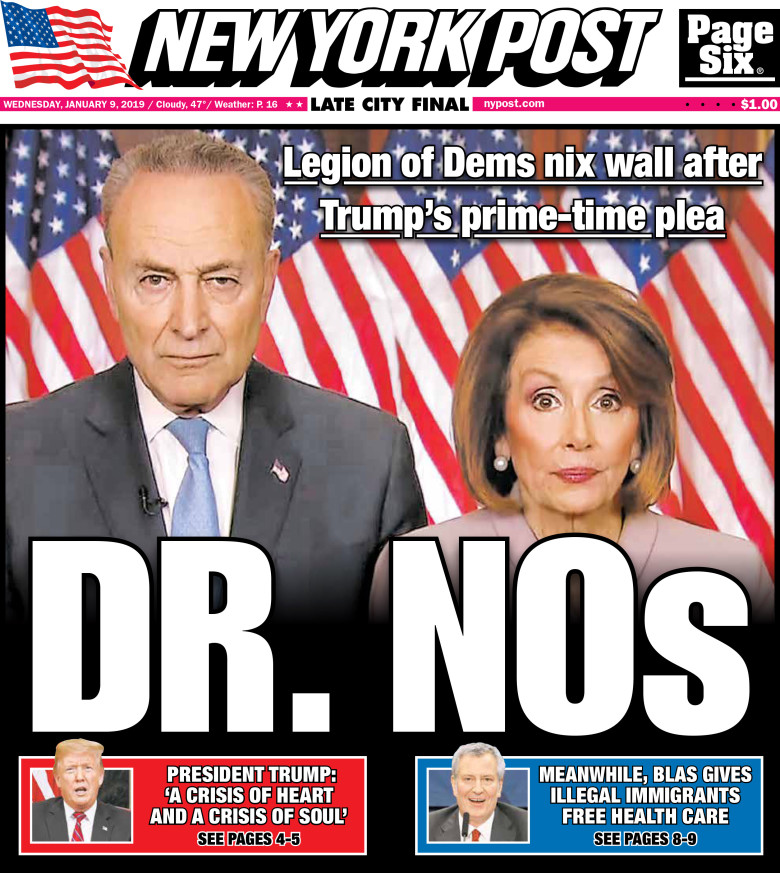 “Legion of Dems nix wall after Trump’s prime-time plea,” the Post wrote. “President Trump: ‘A crisis of the heart and a crisis of the soul.”