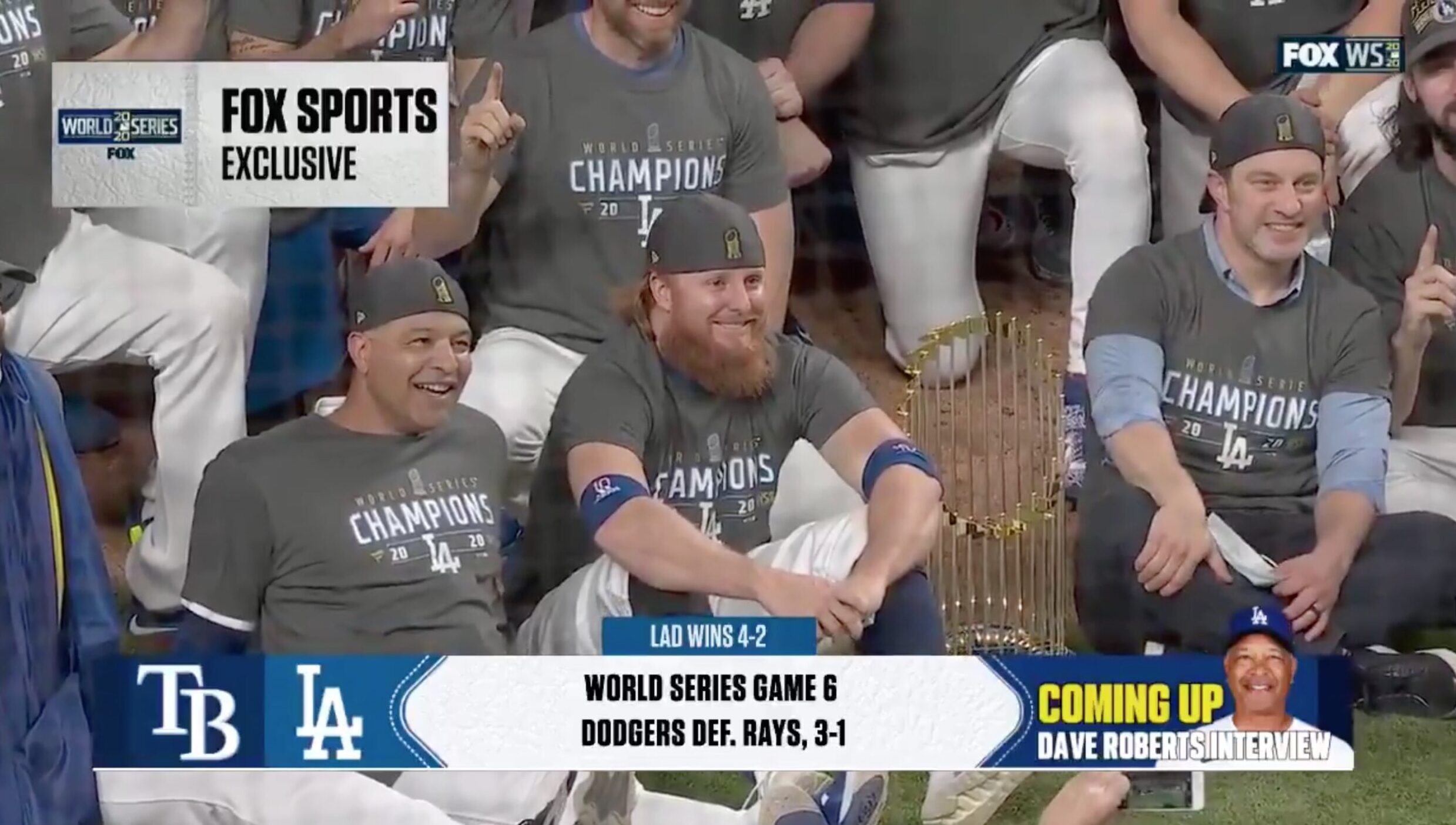 The World Series trophy presentation quickly turned from exhilarating to horrifying as a player who had just tested positive for Covid-19 returned to the field to celebrate with his teammates.

During Tuesday night’s deciding Game 6, L.A. Dodgers star Justin Turner was pulled from the contest after the 7th inning due to a positive Covid test. The Dodgers went on to win the game 3-1, giving them a four games to two victory in the best-of-seven series.

But then, to the shock and horror of baseball fans, Turner inexplicably returned to the field for the postgame celebration. The Dodgers star wore a mask but frequently took it off as he hugged fellow players, kissed his wife, and gathered closely for a team photo.

Justin Turner returns to the field for the team picture. pic.twitter.com/NmXBbU7Mo7

According to Dodgers president of baseball operations Andrew Friedman, nothing was going to keep Turner from celebrating a career milestone.

“[Turner] wanted to come out and take a picture with the trophy,” Friedman said (via the Wall Street Journal). “I don’t think there was anyone that was going to stop him from going out.”

Very cool and awesome that the virus stops being contagious when you win it all https://t.co/pSEuDyM3aZ

The Dodgers sent Covid positive Justin Turner out for a team photo after winning the series.

This is exceptionally stupid and puts people far beyond the Dodgers’ orbit at risk. https://t.co/HgJcxP9RfB

ah, I see the Dodgers have decided to go the “herd immunity” route https://t.co/2xmAlopWSz

WHAT ARE WE DOING https://t.co/5VC4CGuIEw

No one thought this was a bad idea??! https://t.co/cgNuJoBhbf

Literally the commissioner is there. Manfred letting this happen when he’s right there to stop it is bananas. The whole thing is bananas! How is this dude on the field after a positive COVID test while only sometimes wearing a mask? Did he get a rapid negative test? https://t.co/rE9Jx2L5x4

BRO HE JUST TESTED POSITIVE FOR COVID LIKE 20 MINS AGO NO https://t.co/7Zpeq6b2bt

This just blows my mind https://t.co/AvbZdzIdQS

you know another thing people deserve is to not die from a severe and wildly contagious respiratory disease they caught because someone that knew they’d tested positive wanted to celebrate with their pals https://t.co/u8ZO4uNlqI

What is going on right now?