Roger Goodell Admits NFL ‘Wrong for Not Listening’ to Players: We ‘Encourage All to Speak Out and Peacefully Protest’ 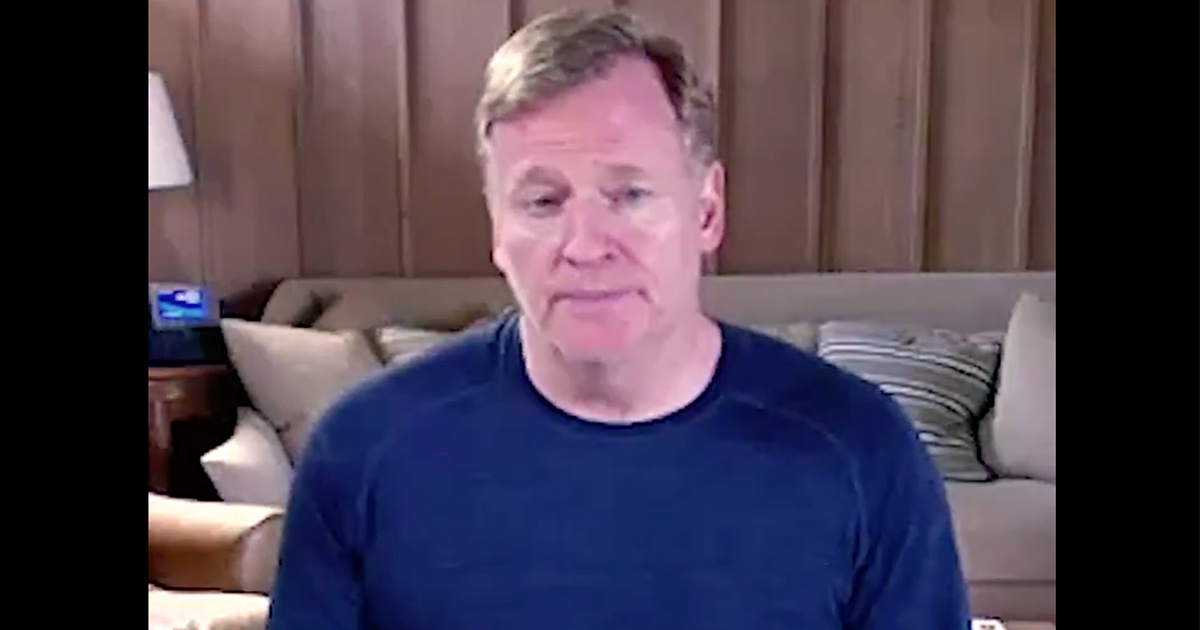 NFL Comissioner Roger Goodell issued a statement showing support for players protesting and admitting the league was wrong after a video from players with a message to the league.

The NFL Twitter account posted the video Friday night with the message “Players, we hear you. #StrongerTogether”

Players, we hear you. #StrongerTogether pic.twitter.com/UJvS7AP0an

That was followed up with a video of Goodell saying, “It has been a difficult time for our country, in particular, black people in our country.”

And this is what Goodell himself had to say:

“We are listening, I am listening,” Goodell continued, “and I will be reaching out to players who have raised their voices and others on how we can improve and go forward for a better and more united NFL family.”

After putting out a statement on social media last week, the NFL received some blowback, particularly on the issue of Colin Kaepernick. Jemele Hill said on CNN this week, “We saw them take away Colin Kaepernick’s career for protesting peacefully the types of incidents we’ve seen from Ahmaud Arbery to Breonna Taylor to now George Floyd… It just kind of brings to light just the utter hypocrisy of this league. You can’t be fighting for social justice, allegedly, on one end, but then on the other end be willing to take away a man’s career for speaking out for people who have been brutalized.”