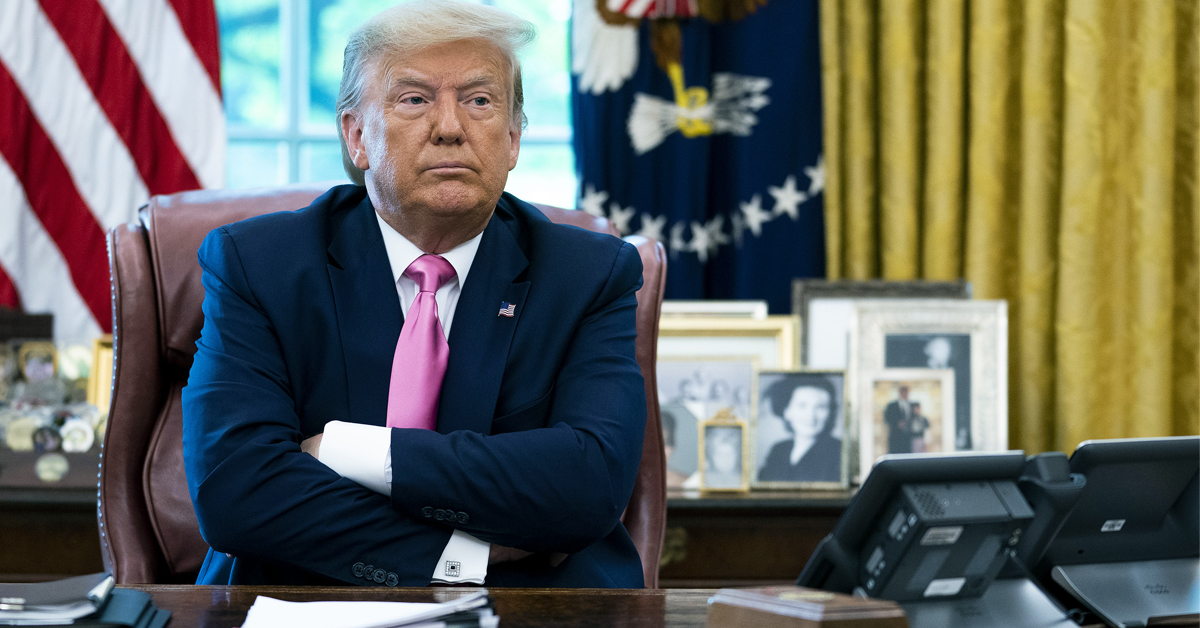 President Donald Trump is suggesting a delay in the 2020 election — an action he cannot unilaterally take — citing concerns over mail-in voting.

In a Thursday morning tweet, the president argued that nationwide mail-in balloting would lead to an incorrect tally, and floated the prospect of delaying the vote.

“With Universal Mail-In Voting (not Absentee Voting, which is good), 2020 will be the most INACCURATE & FRAUDULENT Election in history,” Trump wrote. “It will be a great embarrassment to the USA. Delay the Election until people can properly, securely and safely vote???”

With Universal Mail-In Voting (not Absentee Voting, which is good), 2020 will be the most INACCURATE & FRAUDULENT Election in history. It will be a great embarrassment to the USA. Delay the Election until people can properly, securely and safely vote???

Earlier in the morning, Trump called mail-in voting a “catastrophic disaster,” and baselessly suggested that it is susceptible to foreign interference.

“The Dems talk of foreign influence in voting, but they know that Mail-In Voting is an easy way for foreign countries to enter the race,” he wrote. “Even beyond that, there’s no accurate count!

Mail-In Voting is already proving to be a catastrophic disaster. Even testing areas are way off. The Dems talk of foreign influence in voting, but they know that Mail-In Voting is an easy way for foreign countries to enter the race. Even beyond that, there’s no accurate count!

Trump also, late Wednesday night, shared a report from a local news station in Philadelphia — which sent 100 ballots in by mail, and found that 3 were unaccounted for. Experts have, historically, found voting by mail to be safe, but the 2020 election figures to have, by far, the most ballots cast by mail in history.

Critics immediately condemned the president for proposing the delay — with several citing the hypocrisy of Trump pushing for schools to open on time, but the election to be put off.

The president wants schools to reopen but he wants to delay the election. Curiouser and curiouser!

Kids can go to school, but we can’t vote?

Trump floating a delay of the election may be a distraction from the GDP news. But it still is deadly serious. GOP lawmakers saying they haven’t seen or don’t respond to his tweet won’t particularly cut it today

The date of the presidential election is set by law and cannot be moved unless that law changes, which would require both houses of Congress to vote in favor of doing so. https://t.co/CUi9jfeGU8

The election is scheduled for November 3, and is a matter of federal law that Trump does not have the power to change by himself.

Back in March the New York Times examined what would be required to change the election date. The paper all but concluded that it isn’t happening.

The date of the general election is set by federal law and has been fixed since 1845. It would take a change in federal law to move that date. That would mean legislation enacted by Congress, signed by the president and subject to challenge in the courts.

To call that unlikely would be an understatement.

And even if all of that happened, there would not be much flexibility in choosing an alternate election date: The Constitution mandates that the new Congress must be sworn in on Jan. 3, and that the new president’s term must begin on Jan. 20. Those dates cannot be changed just by the passage of normal legislation.