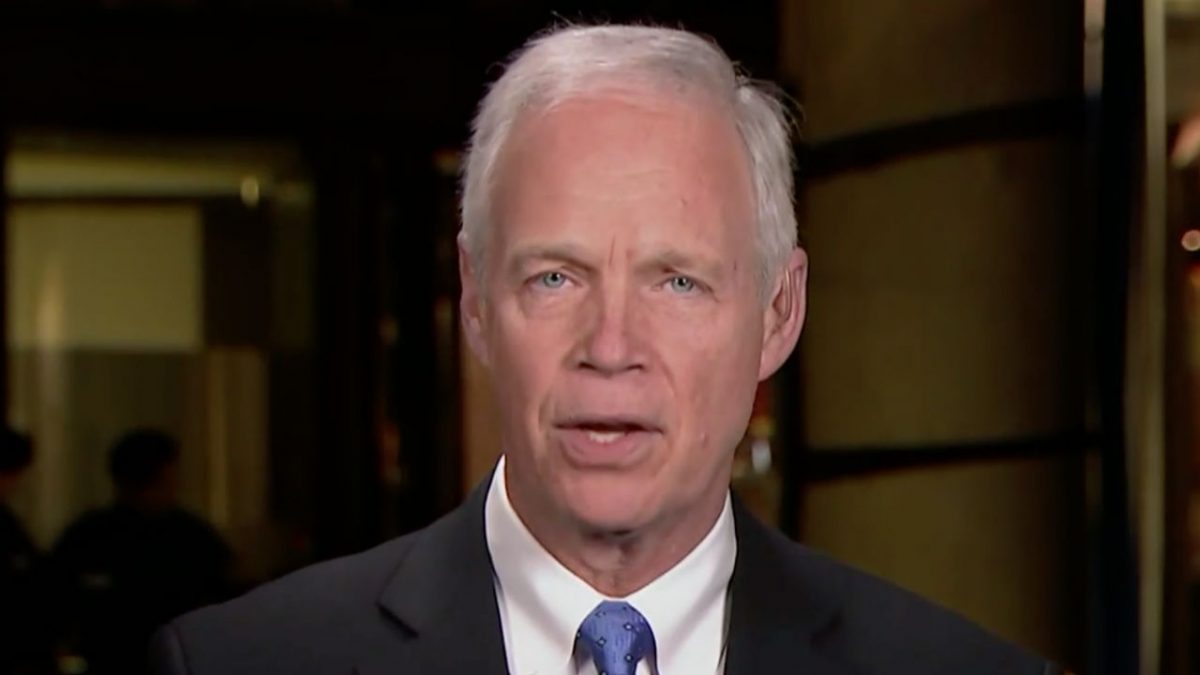 Republican Senator Ron Johnson revealed in an interview with the Wall Street Journal that he was told of the Trump administration’s withholding of military aid to Ukraine in return for certain investigations.

According to the Journal report, Johnson first learned of the situation from U.S. Ambassador to the European Union, Gordon Sondland, “who told him that aid to Ukraine was tied to the desire by Mr. Trump and his allies to have Kyiv undertake investigations related to the 2016 U.S. elections.”

After learning of this, Johnson confronted President Donald Trump, per the Journal, and said the president denied such an arrangement existed.

Mr. Johnson raised the issue with Mr. Trump in a phone call on Aug. 31, shortly before the senator was due to meet with Ukrainian President Volodymyr Zelensky. In the call, Mr. Trump flatly rejected the notion that he directed aides to make military aid to Ukraine contingent on a new investigation by Kyiv, Mr. Johnson said.

Mr. Johnson, who supports aid to Ukraine and is the chairman of a Senate subcommittee with jurisdiction over the region, said Mr. Trump was adamant on the issue. “He said—expletive deleted—‘No way. I would never do that. Who told you that?” the Wisconsin senator recalled. Mr. Johnson told Mr. Trump that he had learned of the arrangement from Mr. Sondland.

Mr. Johnson’s account, coupled with a release of text messages involving Mr. Sondland by three House committees late Thursday, show Trump administration officials believed there was a link between Mr. Trump’s decision in July to order a hold on nearly $400 million in aid to Ukraine and his interest in having Ukraine investigate election interference and Democrat Joe Biden. Mr. Trump ordered the hold a week before he spoke to Mr. Zelensky on July 25, a call in which he pressed Mr. Zelensky to investigate Mr. Biden and election interference.

At issue in the impeachment inquiry recently launched by House Speaker Nancy Pelosi is the allegation that Trump pushed foreign countries to dig up dirt on his political rival Joe Biden. Trump also pushed Ukraine to pursue investigations into interference in the 2016 election, based on a conspiracy theory that Russia did not in fact hack the DNC.

The memo of a summer phone call between Trump and the Ukrainian president includes Trump asking that the country investigate cybersecurity firm Crowdstrike, which had been employed by the Clinton campaign. He also asked Ukraine to investigate baseless claims of corruption surrounding Biden’s son Hunter Biden and his lucrative deal with Ukrainian energy company Burisma.