Journalists Come to Defense of Washington Post Reporters After Trump Attacks: ‘They Are Deeply in His Head’ 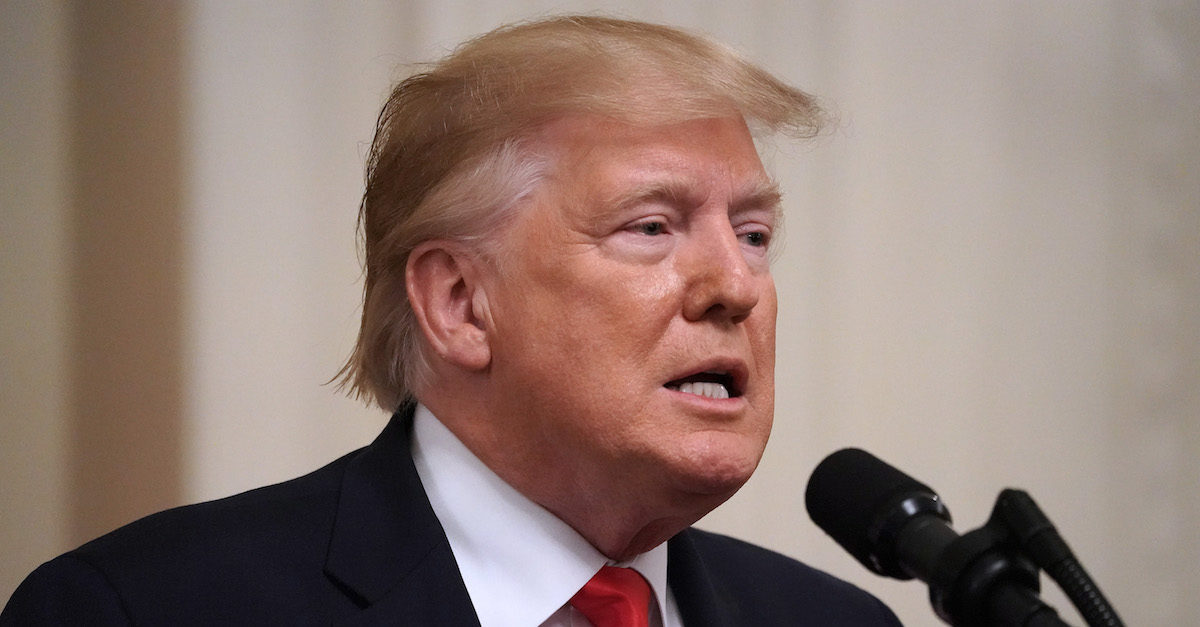 Journalists from multiple outlets came out in defense of Philip Rucker and Ashley Parker on Saturday after the two Washington Post reporters faced a Twitter attack from President Donald Trump.

Trump is threatening to ban Rucker and Parker from the White House in response to a recent piece they wrote about the president’s “lost summer” — defined by “self-inflicted controversies and squandered opportunities.” Trump also linked to the factually-inaccurate op-ed written by White House communications staffers Stephanie Grisham and Hogan Gidley in response to the Post report.

The Washington Post’s @PhilipRucker (Mr. Off the Record) & @AshleyRParker, two nasty lightweight reporters, shouldn’t even be allowed on the grounds of the White House because their reporting is so DISGUSTING & FAKE. Also, add the appointment of MANY Federal Judges this Summer! https://t.co/7d33tzKxXq

Trump has tried (and failed) to have reporters blocked from the White House before, but his tweet prompted significant outcry from prominent journalists. Many of the responses have come from those calling Trump’s ploy a violation of the First Amendment, or else, praising Rucker and Parker for their top notch reporting.

.@AshleyRParker and @PhilipRucker are smart and widely-respected journalists. Glad they’re on the beat and glad the @washingtonpost recognizes their talents.

That people in power are attacking them is just further evidence of how effective they are.

No question, @AshleyRParker and @PhilipRucker are two of the absolute best. Smart, insightful and fearless. Read everything they write. https://t.co/8tIxnjMuf4

And they are deeply in his head. https://t.co/DPvk4EJmxN

Hats off to @AshleyRParker & @PhilipRucker two delightful heavy-hitting reporters who we should all be thankful are on the White House beat because their reporting is so IMPORTANT and REAL. #BadgeOfHonor

No, Mr. President. They are two of the most well-sourced, honest and straight-forward reporters in the business. And they happen to be fantastic people, too. Your personal attacks on them (and other reporters) are completely misplaced, beneath your office and simply wrong.

.@PhilipRucker & @AshleyRParker are hard-working journalists giving us much needed insight into this White House. https://t.co/8zpcHNyPAa

Just a Saturday morning note that @AshleyRParker and @PhilipRucker are some of the hardest working, excellent reporters — and are incredibly nice and considerate on top of all that.

I am proud to know @AshleyRParker and @PhilipRucker, to have worked alongside with them and to have learned from them. Alone and together they make the @washingtonpost proud.

Trump’s attack only further confirms that @AshleyRParker and @PhilipRucker are two of the best reporters on the White House beat — and that their piece on his “lost summer” really hit a nerve (if that wasn’t already obvious from the WH video).

Just the president of the United States, threatening to deny two journalists their First Amendment rights because he doesn’t like their reporting. Totally normal https://t.co/GBOr3ozrS4

CNN proudly stands with @washingtonpost and its reporters. Continuing attacks on the media and the First Amendment are wrong.

Some also responded to Trump’s tweet with a reminder that his son, Eric Trump, was brutally mocked yesterday after his botched attack on the Post’s David Fahrenthold. The president’s son tweeted an email from Farenthold to someone in the Trump Organization as if it exposed some kind of insidious undertaking. The email, many pointed out, was nothing more than a polite, run-of-the-mill message by a journalist to make contact with a source.

He attacks @PhilipRucker and @AshleyRParker but @Fahrenthold walks free? Where is the justice!!

Between Eric Trump’s “attack” on @Fahrenthold last night and this low-brow tweet, the Trumps’ are trying to discredit the most honest, professional, thorough and talented reporters covering this White House. I strive to be half as good as Dave, Phil and Ashley. https://t.co/poDT4pF99U