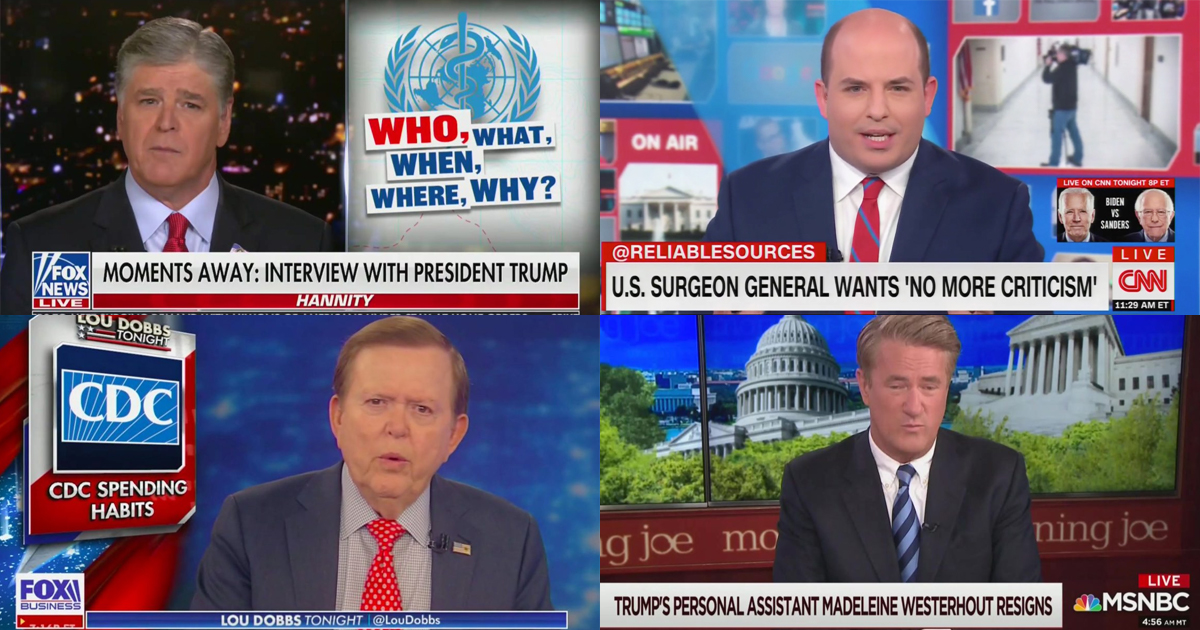 A new poll shows that viewers of Fox News have a very different perspective on how President Donald Trump is handling the coronavirus outbreak than those who watch CNN and MSNBC.

According to a survey from NBC News and the Wall Street Journal, Trump’s approval rating among Fox News viewers stands at 69 percent. That number towers over the president’s recent approval on the crisis from the overall electorate. FiveThirtyEight, using an aggregate of recent surveys, puts Trump at 46.5 percent among all voters. And the NBC News/WSJ poll finds 44 percent of respondents overall approve of Trump’s handling of the crisis.

But the difference is even more staggering when you compare Fox News watchers to those who follow CNN and MSNBC. Among CNN and MSNBC viewers, Trump’s handling of the pandemic gets a passing grade from only 26 percent.