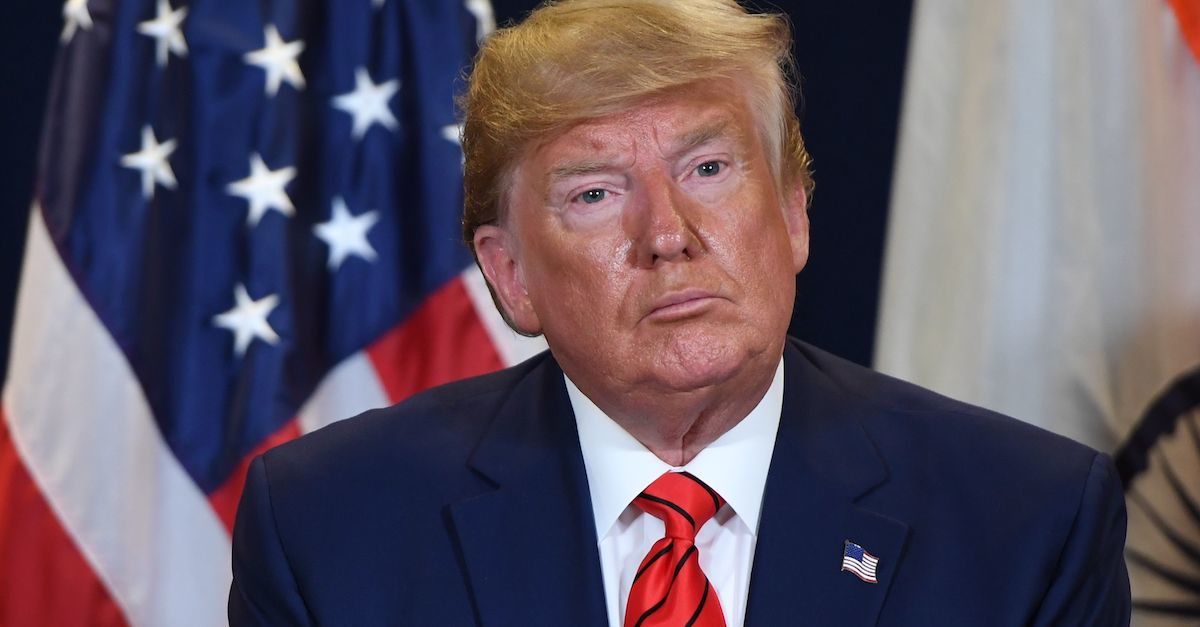 The Republican National Committee and the Trump campaign fundraised a $125 million haul during the 2019 third quarter, according to the Associated Press.

These latest fundraising numbers, which set a new presidential record, amount to over $308 million brought in this year for Donald Trump’s re-election campaign — some of which will be used to combat Democratic lawmakers’ plans to impeach the president, including a $2 million from the RNC and an $8 million anti-impeachment from the campaign accusing Democrats of trying to “steal” the election.

RNC Chairwoman Ronna McDaniel claimed that the renewed spike in Democratic attacks against Trump led to the record donation figures, saying on Tuesday, “We are investing millions on the airwaves and on the ground to hold House Democrats accountable, highlight their obstruction, and take back the House and reelect President Trump in 2020.”

Trump 2020 campaign manager Brad Parscale credited the president for building “a juggernaut of a campaign, raising record amounts of money at a record pace,” as the GOP fundraising efforts dwarfs the $70 million that former President Barack Obama’s raised during the same timeframe in 2011. The RNC and the Trump campaign plan on spending a total of $1 billion in the 2020 race.

Caleb Ecarma was a reporter at Mediaite. Email him here: [email protected]ediaite.com Follow him on Twitter here: @calebecarma