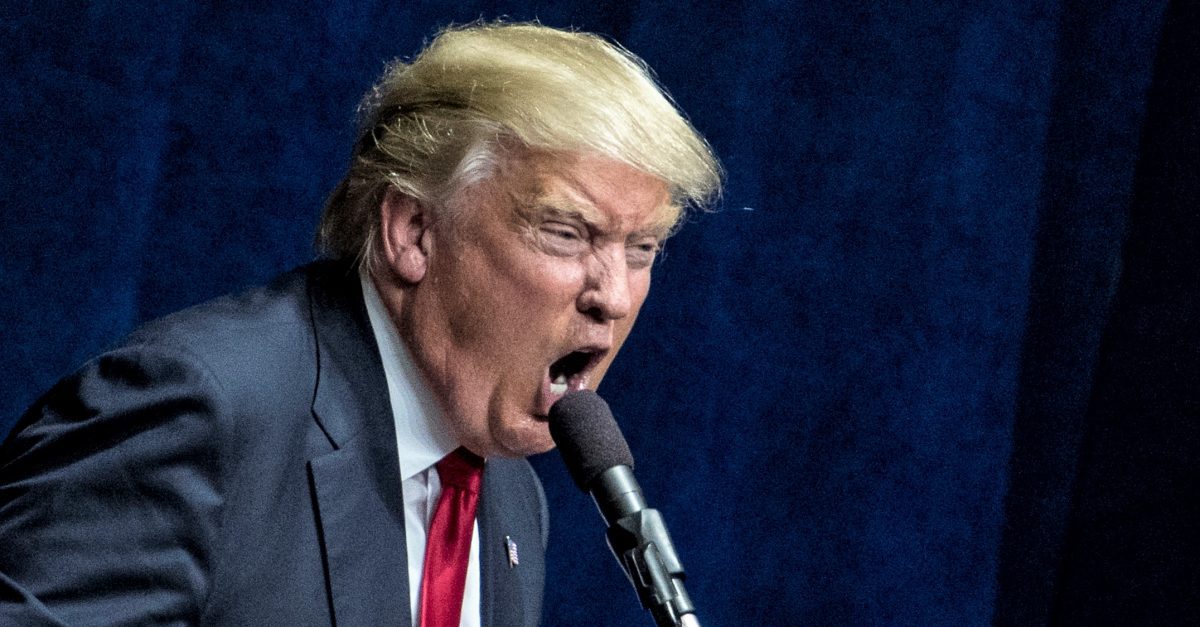 In a morning tweet, the president weighed in on the hourlong town hall with Sanders, which aired on Monday night — even taking aim at Fox News anchor Bret Baier, one of the event’s moderators.

“So weird to watch Crazy Bernie on @FoxNews,” Trump wrote. “Not surprisingly, @BretBaier and the ‘audience’ was so smiley and nice.”

Trump also took a swipe at the network for hiring Democratic political strategist Donna Brazile as a contributor.

“Very strange, and now we have @donnabrazile?” He wrote.

Fox News assembled a diverse audience for the Sanders town hall. According to Baier, it included “a lot of Democrats,” as well as Republicans, independents, democratic socialists and conservatives. That resulted in a number of Sanders proposals — like Medicare for all — receiving uproarious applause from the audience. Certain questions, like Fox News anchor Martha MacCallum‘s probing of the proposal to allow felons to vote, were booed by the audience.

The town hall remained cordial, but Sanders opened the event with several shots at Fox News, which even prompted Baier to request that the senator stop criticizing the network on its own airwaves.

Fox News did not respond to Mediaite’s request for comment on the president’s broadside.

Worth noting: The use of quotation marks around the word audience in the president’s tweet — an apparent suggestion that the town hall crowd was fake.

UPDATE: Baier responded to Trump with a tweet of his own.