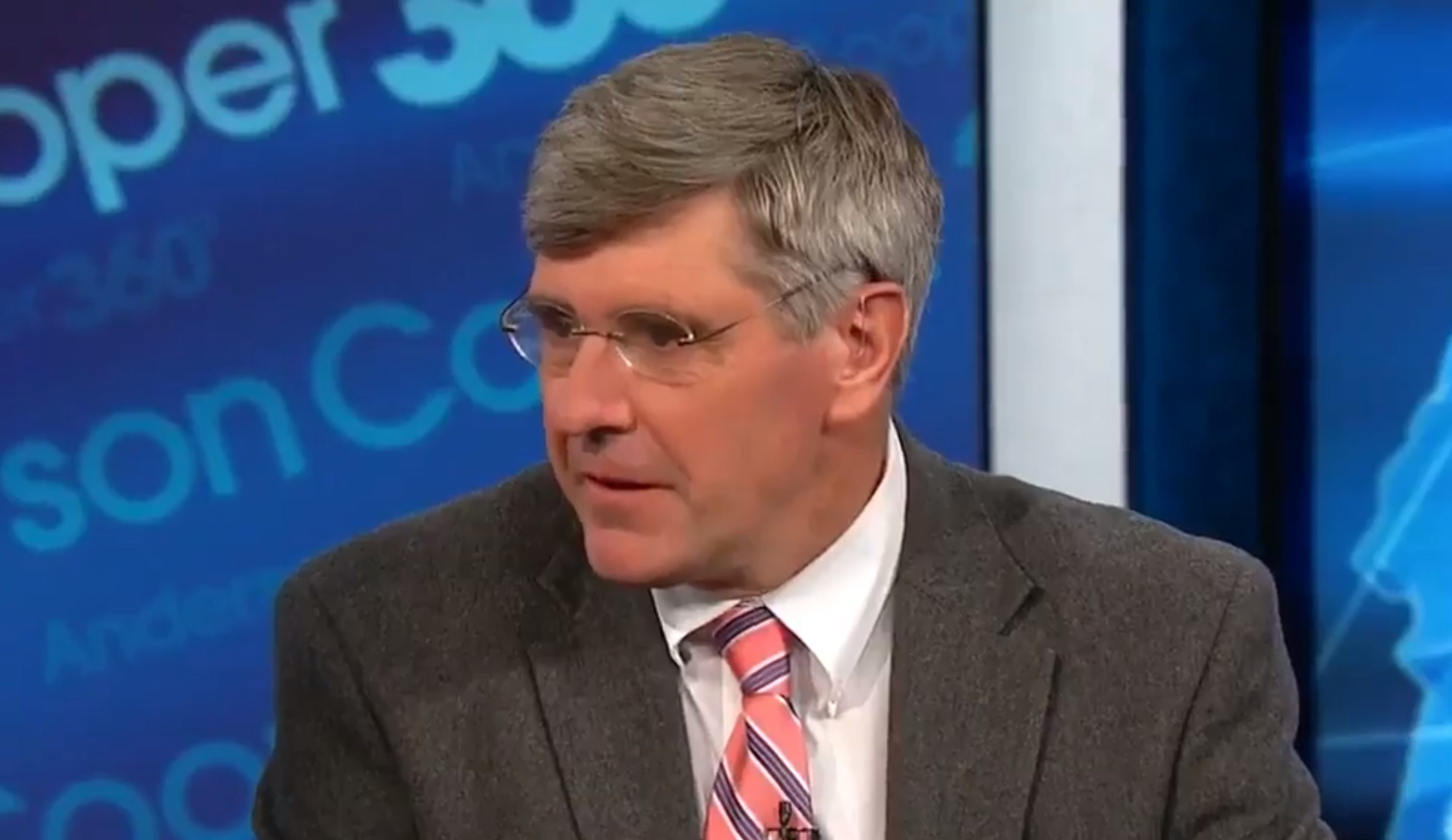 Stephen Moore, a member of President Donald Trump’s task force to reopen the U.S., coordinated with a group of activists in Wisconsin who organized a protest at the state capitol. And he’s warning that such a demonstration could just be the tip of the iceberg.

According to The New York Times, Moore was speaking with Save Our Country — a coalition comprised of several conservative groups seeking a prompt end to the lockdown. Simultaneously, he coordinated with the activists in the Badger State.

Appearing on the conservative YouTube show “Freedom on Tap” last Tuesday, Moore claimed to have a big donor in Wisconsin supporting the protest effort. Moore claimed that the unidentified donor told him, “I promise, I will pay the bail and legal fees of anyone who gets arrested.”

Moore declined to identify the donor when reached by the Times, but warned that “I do think you’re going to see these start to erupt.”

And yet Moore tried to maintain a veneer of distance from the Wisconsin demonstration, telling the Times he would not speak at the protest because “it’s important that no one be under the impression that it’s sponsored or directed by national groups in Washington.”

Moore was a top economic advisor on Trump’s 2016 campaign, and has been a regular surrogate for the president on cable news in the years since. He was nominated to serve on the board of the Fed in 2019, but withdrew amid an onslaught of criticism.