Trump Scrapping Plans to Hold G-7 at His Resort Has Commentators Wondering Why: ‘Republican Backlash’ 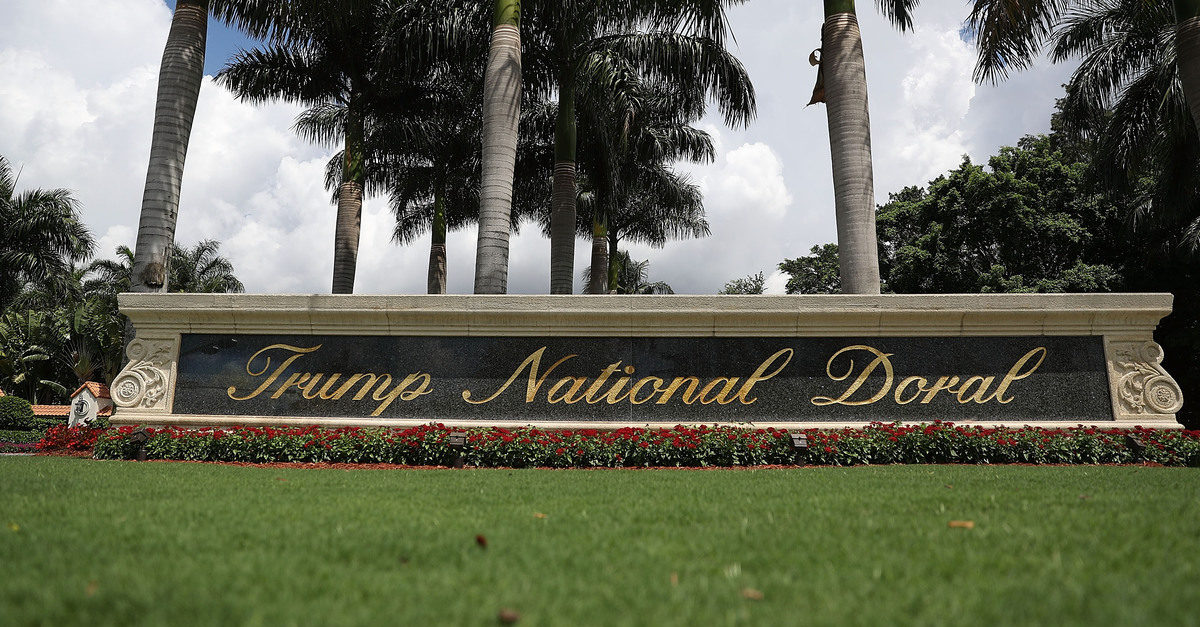 President Donald Trump abruptly scrapping plans to hold next year’s G-7 Summit at a resort he owns lit up Twitter with speculation and reports about why he cancelled.

Many reporters and commentators noted Trump saw some Republican backlash to the move to host the meeting of foreign leaders at the Trump National Doral Miami. Trump now says he will consider holding the summit at Camp David.

A number of congressional Republicans took issue with the selection of Doral, although several also said they didn’t care > https://t.co/ftW1rPJC50

Camp David float notable bc it would ensure a competing resort doesn’t get the $ https://t.co/WAOc3QSl4Z

Context: Yesterday evening, WaPo reported that congressional Republicans’ support for Trump is wavering in the light of the G7 decision/Ukraine/Syria https://t.co/w3tJIRnprz https://t.co/znTZUQ7cGa

WOW- Breaking: Trump must have received so much pressure from Republicans that he just dropped having the G7 at his Doral golf course. Remember though It’s not that Trump thought there was anything wrong with profiting off the presidency- he just couldn’t defend it! https://t.co/ofjpJLG8N3

Obviously what really happened here is that *Republicans* were gagging on Trump’s corruption. They finally hit a point where they couldn’t defend it any longer. https://t.co/2q6OLZPFOj

.@realDonaldTrump thank you for backing down, Mr. President. The G7 is about the issues, not about your ego and your business empire. Focus on the issues you will address at the G7.

This is a good decision. To hold it at Doral would have been corrupt and possibly unconstitutional. https://t.co/oWIMPW2a9v

Others noted that the move severely undercuts Mick Mulvaney, as the primary reason for his wild press conference last week has been taken away by the president.

The whole point of the Mulvaney news conference — that went off the rails by all accounts in the West Wing — is now moot.

This is really pulling the rug out from under Mulvaney, who held a tortured press conference defending this choice. https://t.co/Ati3SPZsfB

A couple days ago, Mulvaney said the WH knew there would be controversy over selecting the president’s private business to host a major international summit, didn’t mind the appearance of enormous impropriety, and cast the president as a heroic figure for withstanding it all. pic.twitter.com/jLqrTIZA3v

Mulvaney is one of two admin officials on the Sunday shows tomorrow, along with Pompeo. https://t.co/aUF4zVwR0y

Mulvaney, on Thursday:
“I mean, who was here for the last time it was at Camp David? Was that the perfect place? In fact, I understand the folks who participated in it hated it and thought it was a miserable place to have the G7. It was way too small. It was way too remote.” https://t.co/WHtWAQtS55

God, I hope this is refundable: https://t.co/ErXtVkjD74