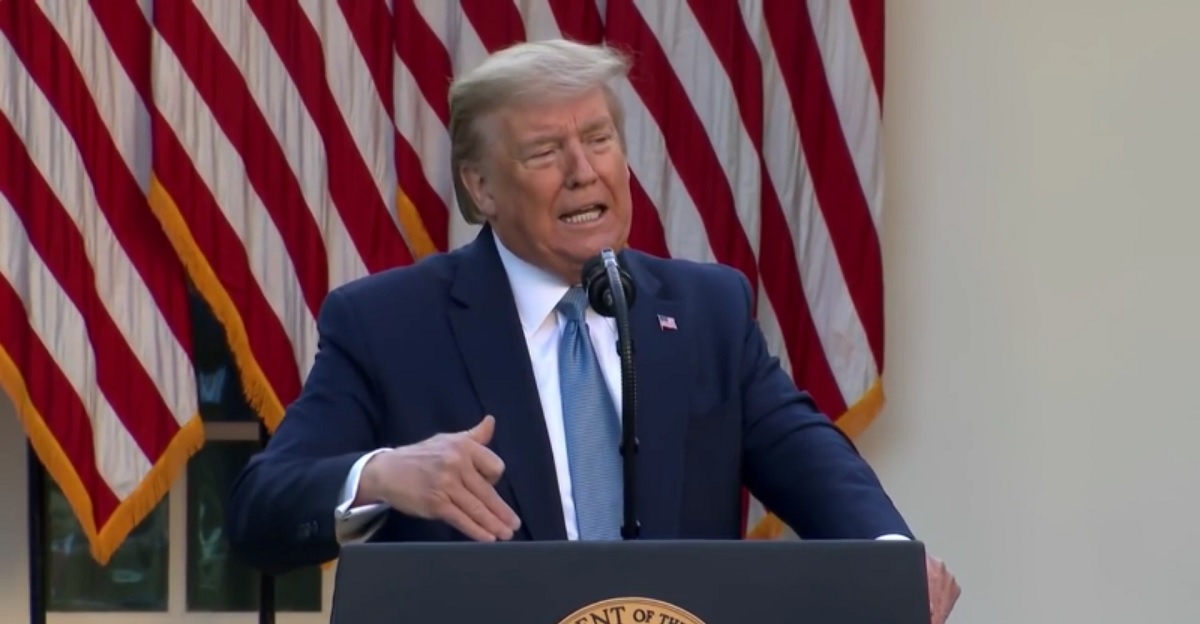 President Donald Trump went on a bonkers Twitter spree Saturday in which he shared posts mocking Stacey Abrams, Nancy Pelosi, and Hillary Clinton in a variety of demeaning manners.

In the stunning late night frenzy, the president retweeted a supporter who referred to Clinton as a “skank.”

Trump also shared posts attacking Nancy Pelosi — whom the supporter he retweeted referred to as “polygrip.” In the tweets, the supporter mocked Pelosi’s looks.

The retweets capped off a shocking day on Twitter in which the president ramped up his attacks on MSNBC’s Joe Scarborough — again pushing the conspiracy theory that Scarborough murdered an intern who worked for him in 2001. Trump also took on, among others, his one-time attorney general, Jeff Sessions.

“You had no courage, & ruined many lives,” Trump wrote.

Trump’s tweets came amid heavy criticism for his hitting the links earlier in the day, with the death toll from the coronavirus pandemic approaching 100,000 in the U.S.