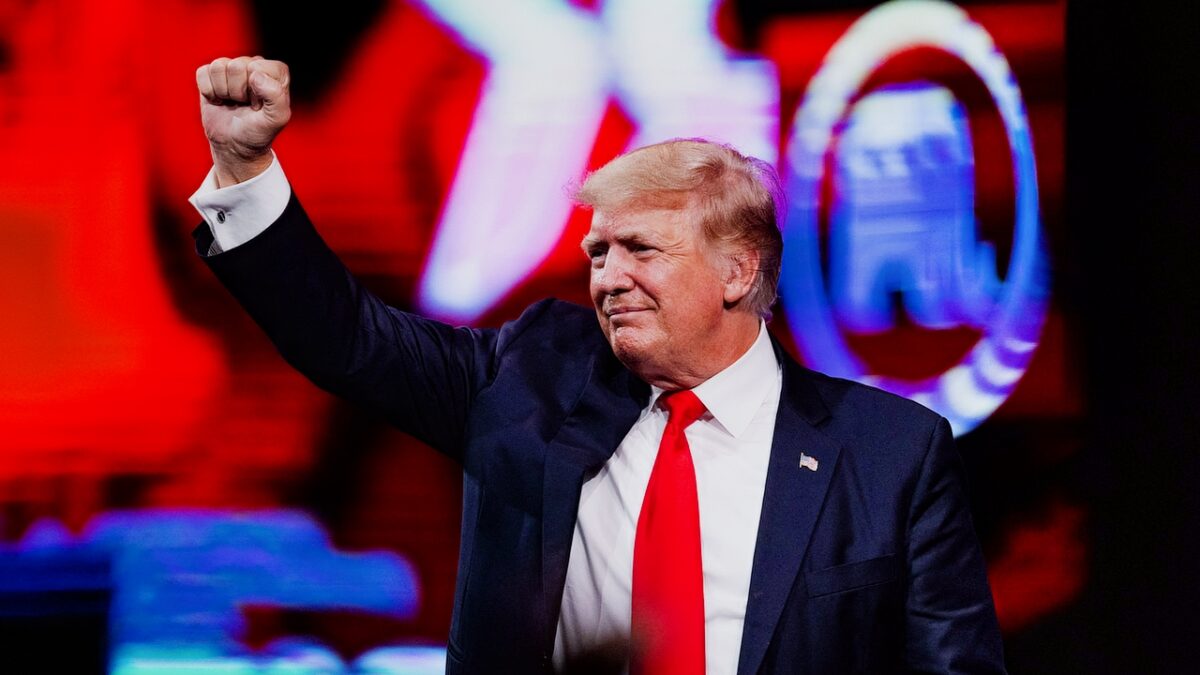 After teasing and hinting at it for months, Donald Trump has finally launched his own social network — called TRUTH Social.

Oh, also a streaming service called TMTG+. (And you thought Quibi was a weird name.)

The TRUTH Social equivalent of tweets will be called TRUTHs. Yes, really.

TRUTH Social is already available for pre-order on Apple’s App Store, and as Guardian tech reporter Johana Bhuiyan noted, the layout looks a lot like a certain other social network that Trump was banned from after stirring up an insurrection.

lol when you say you don't even miss your ex anymore pic.twitter.com/jnBxIVC9fA

The page on the App Store says, “This content may change without notice and the final product may be different.”

So the final product may have a very different look, but right now the preview shows a platform that’s basically the same as Twitter. 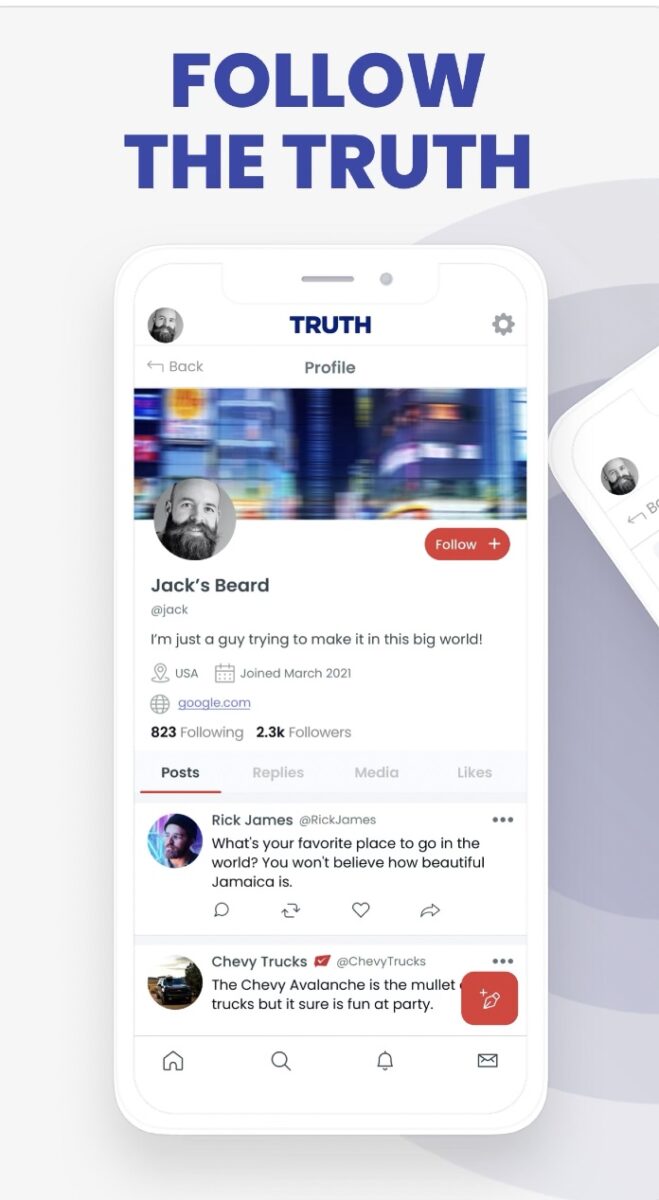 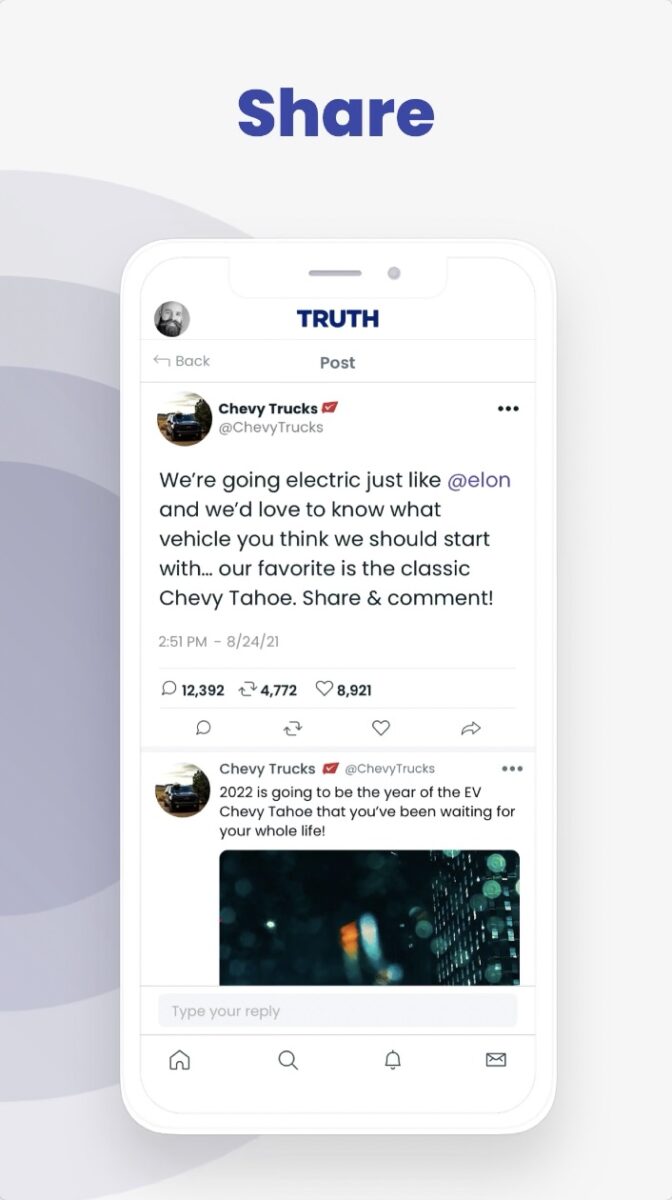 TRUTH Social is scheduled for release next February (assuming it actually happens), but Twitter is already off to the races.

i hope this doesn't stop at social media and that they follow through the whole way. not just with trump disney+ and netflix, but trump hamilton, trump squid games, etc. pic.twitter.com/RlNr38JAYV

So looks like “TRUTH Social” is out of the running as a name for the Facebook rebrand.

Anyway, Trump starting a social-media site called "TRUTH Social" in which the messages are referred to as "TRUTHs" is, at long last, an actual example of something Orwellian.

So in the alt-right social media ecosystem there will now be Gab, GETTR, Parler, and TRUTH Social?

Uh, did they not line up any PIPE financing? Because if the SPAC shareholders withdraw… https://t.co/C18baXuPwa

Trump created this platform in part because he claims other platforms censor conservatives. So I took a look at his new Terms of Service and "prohibited activities." As a user, you agree not to: disparage, tarnish, or otherwise harm, in our opinion, us and/or the Site https://t.co/MfiwAvG9pk

I just want one thing: Trump to do podcast ad reads. https://t.co/IuoFl8u2xa

literally the only thing i could see in that press release pic.twitter.com/1wKsAFMo3q

I love how the "corporate competitive structure" claims that the creator of Trump vodka and Trump steaks and a string of defaulted loans and money laundering golf courses could in some way establish a company that competes with Twitter, Facebook, Disney, Netflix, *and* Amazon. https://t.co/bV6rLKcuuk

I get why a politics reporter would sign up for Trump's social media platform. That doesn't mean you have to screenshot every post and bring it over to Twitter though. Just putting this out there now.

I look forward to whatever the TikTok kids do to this. https://t.co/B0Ovik8MYz