‘Where Did That Anti-War Rhetoric Go?’: Trump Gets Called Out For Abandoning Kurds, Sending Troops to Saudi Arabia Instead 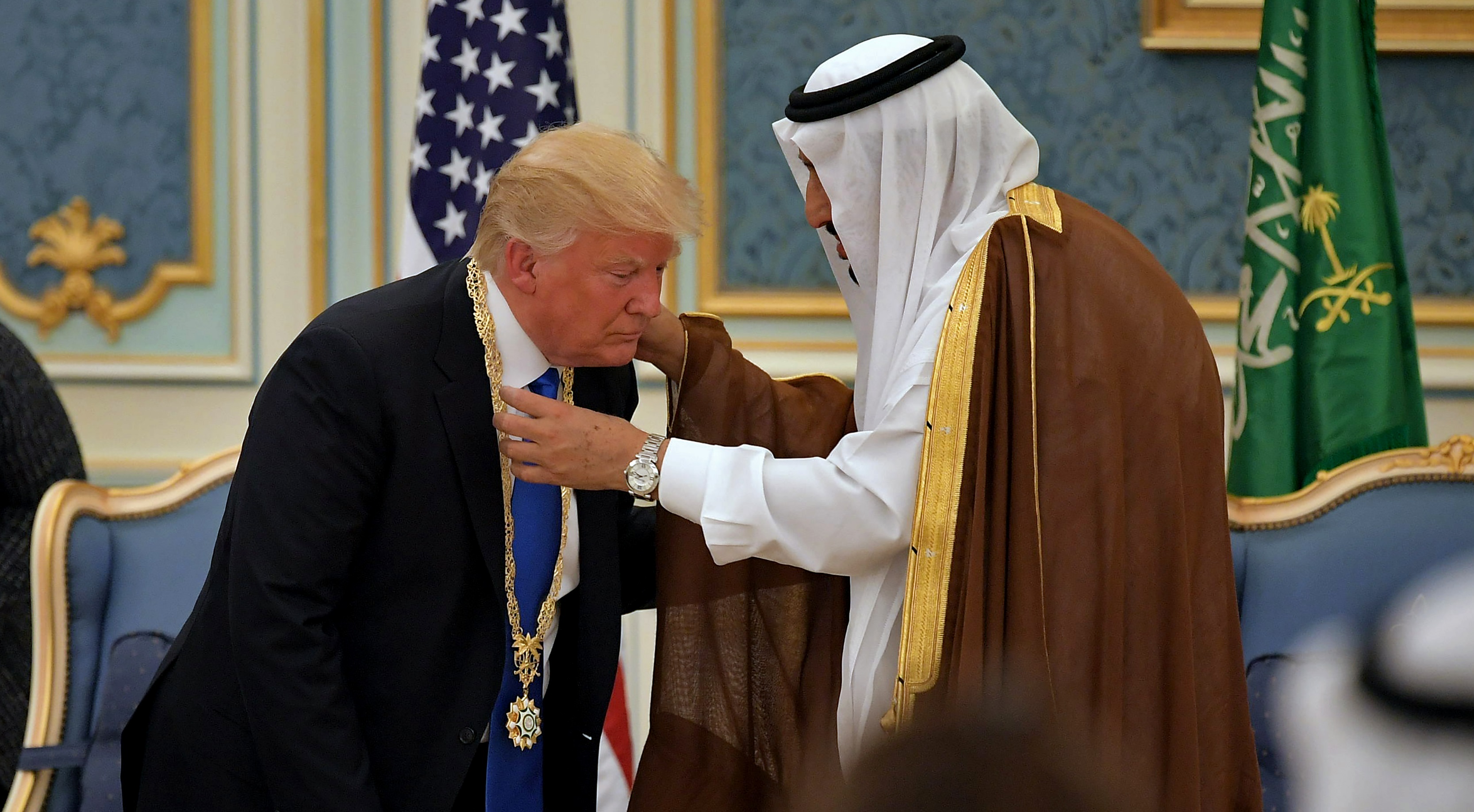 Political journalists and commentators called out President Donald Trump for sending 2,000 troops to Saudi Arabia Friday, just days after he pulled the U.S. military from Syria ahead of a military operation from Turkey, abandoning Kurdish allies.

“Just so I’m clear, we are going to end the endless wars by letting Turks kill Kurds and sending 2000 US soldiers to Saudi Arabia. Ok,” declared conservative commentator Erick Erickson

Just so I’m clear, we are going to end the endless wars by letting Turks kill Kurds and sending 2000 US soldiers to Saudi Arabia. Ok.

Many others weighed in as well:

So we can’t spare troops to protect our allies in Syria but we’re sending 2,000 troops to Saudi Arabia? https://t.co/VXB3zZ20Jx

US foreign policy currently feels a bit like the hokey cokey…in, out, in, out, shake it all about. Pull out of Syria, go in harder to Saudi Arabia, reduce American involvement in foreign wars while deploying more troops abroad… https://t.co/Nb7mtoXRWD

Political commentator Tim Pool asked, “Where did all that anti-war rhetoric go Trump? You just tweeted about ending wasteful wars so why are we now sending 3000 troops to Saudi Arabia? It’s all the same bullshit every time,” while American Conservative Senior Editor Daniel Larison responded to the news with five angry face emojis.

Where did all that anti-war rhetoric go Trump?

You just tweeted about ending wasteful wars so why are we now sending 3000 troops to Saudi Arabia?

It’s all the same bullshit every time https://t.co/N7SdIURTh3

Daily Beast national security reporter Spencer Ackerman and The Atlantic contributor Max Abrahms both pointed out that 9/11 mastermind Osama bin Laden cited U.S. military involvement in Saudi Arabia as the reason for his war against America.

I’m old enough to remember when Osama bin Laden said he did 9/11 because of the US military presence in Saudi Arabia. https://t.co/aoLOI4nEX4

Where are the “they weren’t at Normandy with us” Trumpublicans to reject this move of troops to Saudi Arabia?

I do NOT support moving more troops into Saudi Arabia. We have no treaty &they didn’t fight alongside us to stop ISIS.#ImpeachmentIsComing https://t.co/XbX7iwYSGB

So we’ll get out of Syria, but at the same time go in to Saudi Arabia, got it https://t.co/CaMg3GEGZC

The United States does not have any kind of mutual defense agreement with Saudi Arabia that requires us to protect them. https://t.co/1aYkiJeqWc

Can someone photoshop a Trump tower into those Saudi Arabia tourism ads please. They come with their own torture floors for platinum members. https://t.co/glJgGKVFi5

We’re pulling them out of Syria and putting them into Saudi Arabia, where they will start the slow loop over again https://t.co/kI6OZnM3wl

At the request of Putin and Erdoğan, American troops abandon the Kurds — one of our most steadfast allies.

At the request of Mohammad bin Salman, who ordered the brutal murder and dismemberment of a reporter for an American journalist, troops head for Saudi Arabia. https://t.co/b7Mx5y7HBp

US troops ordered to abandon the Kurds in northern Syria.

If Trump Administration decides to reinforce Saudi Arabia and provide additional capability – given the threats from Iran — it would be a great decision.