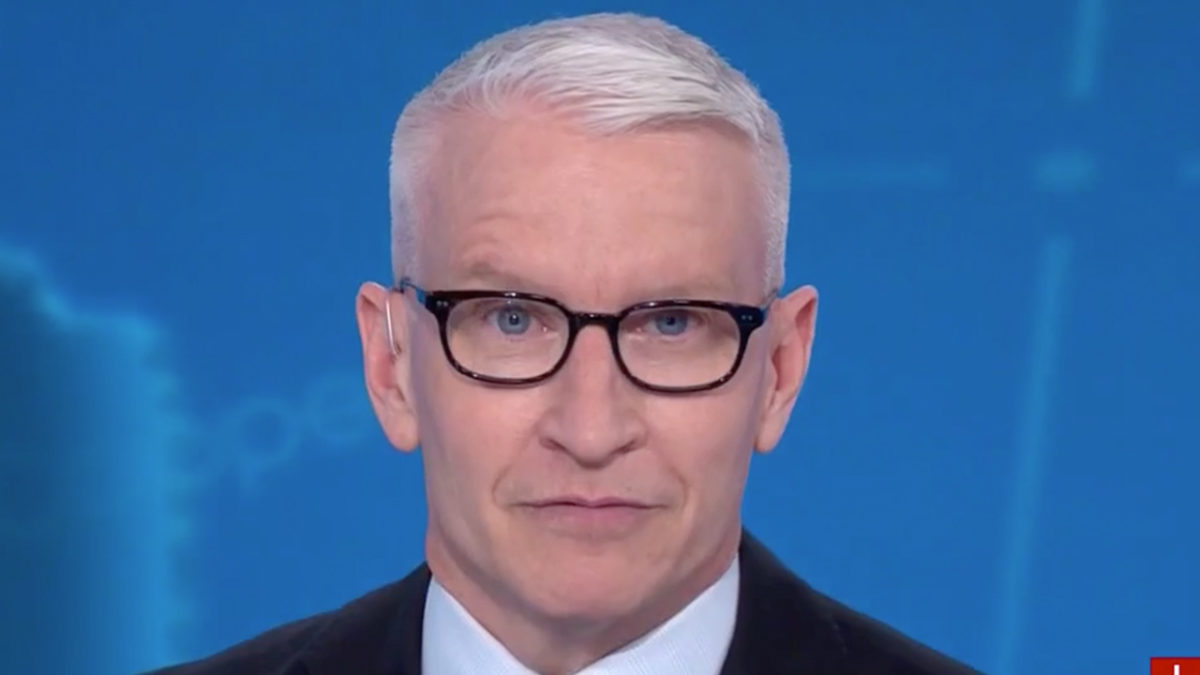 Cooper dryly reviewed Trump’s “executive time” and how he was “retweeting compliments of himself” before showing the tweet of him sharing the fake Reagan quote with the comment “Cute!”

.@AndersonCooper: “’Cute’ is how a great-aunt replies to emails she’s half read…‘cute’ is like Wolf Blitzer in Daisy Dukes on roller blades.”

He brought up how PolitiFact already rated this quote Pants on Fire, “and they don’t mean it in a good way, like ‘Damn, those pants are on fire!'”

“So the sitting president is spreading fake content online about one of his predecessors,” Cooper remarked.

He also took issue with the “cute” comment, remarking, “‘Cute’ is how a great-aunt replies to emails she’s half read… ‘Cute’ is like Wolf Blitzer in Daisy Dukes on roller blades. Look, I agree, it’s not my cup of tea, but there’s a fetish group for everyone these days.”