Andrew Sullivan Calls Out Catholics: If You’re Okay With Divorce, Gay Marriage Shouldn’t Be A Problem For You
video

Andrew Sullivan Calls Out Catholics: If You’re Okay With Divorce, Gay Marriage Shouldn’t Be A Problem For You 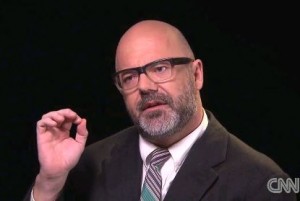 Blogger Andrew Sullivan is both a gay man and a Roman Catholic, and he believes that it shouldn’t be that difficult for fellow Catholics to accept gay marriage. He argued that divorce is certainly frowned upon in the Bible, and that if Catholics can accept divorce as just a natural part of life for some people, they should also be able to accept the rights of gay and lesbian Americans to get married.

Speaking with CNN’s Fareed Zakaria earlier, Sullivan argued that the use of the word “dignity” in the Supreme Court’s majority opinion overturning the Defense of Marriage Act is important because human dignity is an important part of the Catholic faith. He also pointed to the significance of the current pope coming from a country where gay marriage is legal.

As to the vast number of Catholics that still oppose gay marriage, Sullivan said their opposition is based more out of fear than out of the church’s teachings.

“Jesus himself only said one thing about marriage, which was that you can’t divorce. And we live in a country where countless people are divorced, and that doesn’t seem to threaten the religious liberty of Catholics, and it’s as fundamental an issue. So if Catholics can live with religious liberty with divorced people, they should be perfectly able to live with gay people, as married–as a civil marriage.”

He joked that the church will eventually change its mind some time within the next millennium, but maintained that a lot of the gay marriage movement is based in the ideas of faith and God’s love.