Bernie Goldberg: It May Be ‘Genetically Impossible’ For Romney To Have ‘Enthusiasm’
video

Bernie Goldberg: It May Be ‘Genetically Impossible’ For Romney To Have ‘Enthusiasm’ 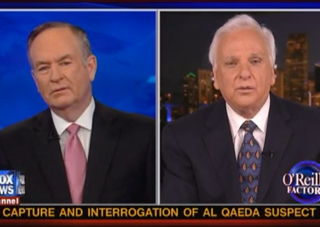 On tonight’s O’Reilly Factor, Bernie Goldberg took a stab at analyzing the new presidential race landscape since the game-changing Newt Gingrich win on Saturday, and what it means for Gingrich’s media-attack-focused campaigning. Goldberg noted that there was a consensus among voters that the media was talking sides, but that well could easily be depleted– but even if it were, Mitt Romney had an uphill battle to generate similar enthusiasm for himself.

Goldberg noted that South Carolinians were heavily evangelical Christians, and that “these people find open marriage repugnant,” but what they proved on Saturday was that “they find mainstream journalists more repugnant.” He listed some examples of the mainstream media’s bias– notable John Edwards having to be exposed by the National Enquirer. “Everyone in the country gets it,” he noted, adding that 62% of both Democrats and independents thought the media was “rooting for President Obama” in 2008. It was, then, a good strategy. Goldberg’s concern was that the strategy could wane. “Most of this plays out on TV, and as a TV show, it’s going to get old at some point, it’s going to lose impact. You can’t go after the media every time there’s a debate,” Goldberg concluded.

O’Reilly agreed that “he can’t make it the centerpiece of his campaign” because “you become a caricature of yourself.” He then turned to Romney, and mused that he did not “know if he has fire in the belly,” as he comes off “very measured” in debates. Goldberg agreed, adding that he thought voters wanted someone fiery, not necessary Gingrich himself. “I think they would love Mitt Romney with his looks and physical demeanor, but with passion.” Goldberg lamented, however, that this “my not be genetically possible.”