Bill Maher’s Panel Rips Obama: “Not A Leader,” “Sucking Up To The People He Should Be Fighting” 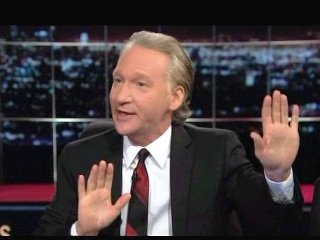 Holding the world’s highest-profile job guarantees a great deal of criticism at all times, but even by those standards, there’s been substantial invective hurled President Barack Obama‘s way these last few days – much of it from people normally on his side. Al Gore criticized him over climate change. A trio of MSNBC pundits went on record saying they weren’t fans of his recent speech on Afghanistan. And tonight, the panel on Real Time with Bill Maher gave something of a state-of-the-president address…and Obama probably wouldn’t like what he heard from this group, either.

This panel wasn’t composed entirely of people generally sympathetic to Obama – Republican strategist Susan Del Percio made an appearance, and radio host Michael Smerconish, though he voted for Obama in 2008, exclusively voted for Republican presidential candidates prior to that election. That, though, didn’t mean Obama got off any easier than he did when MSNBC’s talking heads put down his Afghanistan speech, with Del Percio saying he’s “not a leader” and Maher lamenting that Obama’s golf outing with John Boehner served as an allegory of sorts: the president was “sucking up to the people he should be fighting.”

Smerconish, in fact, was the kindest to Obama of anyone on the panel, saying “he inherited a disaster, and that perhaps he just wasn’t as liberal as people thought he was – indeed, he voted for him for exactly that reason. And The New York Times‘ David Carr did say he thinks Obama will win re-election next year, but not through any great virtues of his own: rather, it’s because the Republican race resembles a “tallest leprechaun contest.” Carr also offered this…unique take on Obama’s Afghanistan plan:

“The pullout in Afghanistan reminds me a little bit of the pullout I promised the mother of my children.”

And Maher seemed to agree with much of what Del Percio said, acknowledging that while Obama has some significant accomplishments to his name, he may not be able to survive the feeling of his support base that he doesn’t really represent them. A long way from this on Maher’s part, but frankly, it’s not hard to see where he’s coming from. The events of earlier tonight, for example, were yet another clear sign public opinion is turning on the gay marriage issue, but the president still hasn’t endorsed the idea – this despite mounting evidence suggesting he never really opposed it to begin with. It’s fair to ask: is that a leader, or your standard everyday political opportunist? Video, via HBO, below.