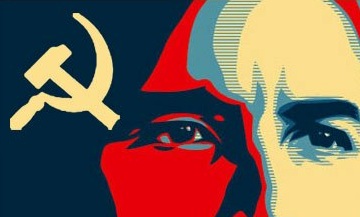 With the 2020 general election season just ramping up, a number of issues and policies come to the fore. Cable news editorial decision-makers, however, can have a significant influence on the national political dialogue in their selection of which issues merit coverage.

Given the different perspectives among the cablers, we often see competing narratives, and there is no better example of that difference that the way that cable news outlets are covering “socialism” in 2020.

“Socialism” is being covered by networks now more than anytime before cable news networks existed, and for good reasons. A younger generation of lawmakers (like Rep. Alexandria Ocasio-Cortez) seems to be “reclaiming the word” from the Soviet-era synonym with evil government, and instead are trying to redefine it as a means for a responsible government that looks out for more than the wealthy.

On the other hand, more conservative lawmakers (and the media outlets aligned politically) are eager to paint progressive politics with a cold war era connotation, so it has emerged as a blanket boogeyman for Fox News talking heads.  Take for example AOC’s plan to offer her staff a more livable wage, which was immediately vilified by Fox & Friends for “redistributing the wealth.” Host Pete Hegseth even went so far to call it “socialism and communism on display.”

Since April 1st until mid-day July 3rd, there is a stunning difference in how many times the words “socialist” and “socialism” on the three cable news outlets. By using the searchable transcript database TVEyes, Fox News alone has covered this more than MSNBC and CNN, but the chasm is so remarkable that it merited attention.

The term is certainly a germane one to cover, as Senator Bernie Sanders has long identified as a “socialist” though he is now running as part of the Democratic party. And it’s not just Sanders, the rising and more progressive side of the Democratic party is also eager to promote policies that claim to help the underserved and overlooked middle and lower classes. It’s the new generation of recently elected Democratic members of Congress (like the aforementioned AOC) that have followed suit.

If one also considers how dominant Fox News is in daily ratings, often boasting a significantly higher number of viewers, combined with the vast coverage its provided on socialist politics, then its no wonder that this issue has become such a driving force in the 2020 presidential election.

There is plenty of room for a decent debate on how socialism is presented by hosts and commentators on each network. Fox News typically paints socialism as a societal scourge that is every bit as evil Cold War-era communism. And there are certainly fair and reasonable criticisms to be made of how government-run programs and wonton wealth distribution has led to catastrophe in socialist countries before, versus the market capitalism that he allowed the United States become a global economic superpower.

On the other hand, there are a number of many socialist programs currently in place that are remarkably popular, ironically, especially within the working class segment that represents but Trump’s base of support and Fox News viewership. Social Security, Medicare/Medicaid and even Obamacare all can be fairly classified as socialist programs.  It’s also worth noting that the socialism promoted by those on the left is far more similar to the Democratic Socialism seen in Scandinavian countries like Sweden and Denmark than the Soviet Union, which is the sort of socialism that Sanders and AOC support.

Nonetheless, “socialism” is clearly being used on the right as a term to motivate a voting block fearful of losing their god-given right to become the millionaire that they are certain to become. And scare tactics have worked so well in the past, why not try again?