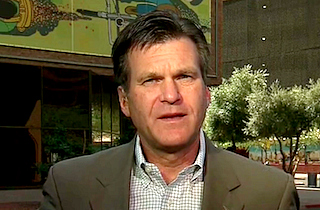 Drew Griffin, the CNN reporter who first broke the story of malfeasance at a Phoenix Veterans Affairs hospital that spurred the current VA scandal, told Jake Tapper Wednesday morning that he was “caught off guard by what apparently is a disconnect by what’s happening out in the country and what the president is talking about.”

“I hate to be curt, but these GAO reports, these Office of Inspector General reports, these memos dating back to 2010 and 2008 — this problem is real,” Griffin said. “It exists. It really doesn’t have to be studied as to what’s going on. The government has done its job studying these issues. And to say that you’re going to now wait for yet again more studies to come back and more fact-finding to come back, I would think that the vets I’ve been talking to wanted much more direct action of what actually is going to happen going forward, instead of, ‘Wait and see and then we’ll decide what’s going to happen going forward.'”

“I was a little confused by the president’s remarks today,” Griffin continued. “At the same time he was saying he’s known about this problem for years and years and years and it goes back decades, far past into other people’s presidencies, and yet we’re five years into his presidency and the problem seems to be certainly not better and perhaps even worse.”