It all came on Wednesday after Wolf Blitzer announced the breaking news that Shine had accepted the top post of deputy chief of staff for communications within the White House.

Shine, who is good friends with Sean Hannity according to the CNN graphic, left Fox News last year over his handling of the network’s sexual harassment scandal. 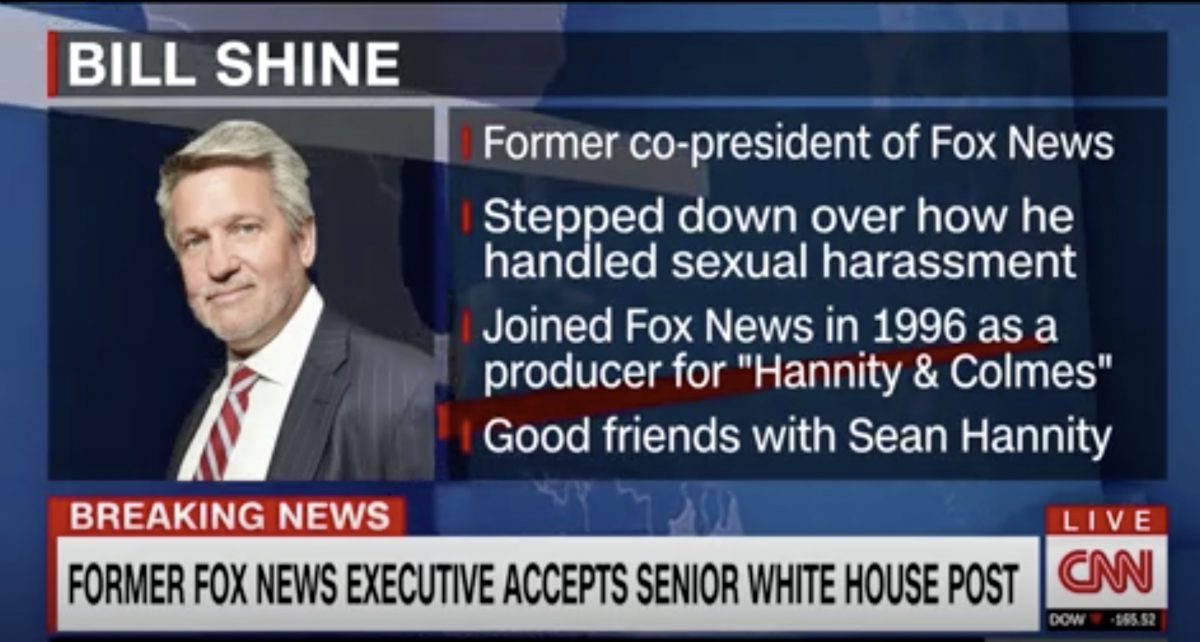 “Yeah, I guess Donald Trump was really concerned about that, that’s why he hired him…” Toobin responded.

Then, he simply ran out of words.

“Anyway …. someone else talk, I can’t even bear it,” Jeffrey Toobin said, throwing his hands in the air at the idea of Shine’s hire.