Former Daily Show Producer: I Felt Uncomfortable Mocking People Just Because I Disagreed With Them
video

Former Daily Show Producer: I Felt Uncomfortable Mocking People Just Because I Disagreed With Them 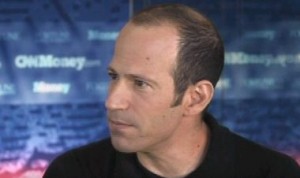 Howard Kurtz gave viewers an insight into the creative process of The Daily Show‘s comedy with former show producer Mike Rubens. Rubens was on to talk about a recent column he wrote for Salon about how over the years, he’s grown to be more accepting of people with political views opposite his because of the people he’s met and subsequently made fun of.

Rubens worked on the show from 2003 to 2006, and the bio for his upcoming book says he wrote and directed field pieces for many of the correspondents on the show at the time, including Stephen Colbert. He explained that the reason people agreed to be in the field reports despite knowing they would most likely be mocked is for exposure, though they found more people declining interview requests as the show got more popular.

Kurtz asked Ruben how he felt about wringing laughs from all the people interviewed for these segments. Ruben admitted he did not always feel good about it, pointing to a few examples of interviewees who he expected to be crazy people, but instead turned out to be really nice people. Ruben said some of his liberal friends didn’t like his column because it humanized people that didn’t deserve it.

RELATED: Esquire: The Right Has Roger Ailes, The Left Has Jon Stewart

But Ruben essentially reiterated the same point Jon Stewart made at the 2010 Rally to Restore Sanity and/or Fear: disagree all you want with people on politics, but don’t demonize them so much you create a caricature of what they’re really like. He did add that sometimes, the reverse was true of people who were ideologically similar to him. Ruben said occasionally they would sit down with a liberal guest who rubbed them the wrong way.