WATCH: Fox News Misreports Their Own Poll on Impeachment

The only thing more shocking than a new Fox News poll showing 50 percent of Americans favor impeaching President Donald Trump is the brazen way in which Fox News falsely reported on it.

The survey, released Sunday, showed that 43 percent of Americans want Trump impeached and removed from office, while another seven percent currently favor impeachment only. But for Fox News viewers, this meant being lied to about the poll at first, then eventually simply being misled.

Viewers of Monday morning’s Fox & Friends First got to see anchor Heather Childers repeatedly describe the poll by saying that “at least half of U.S. Voters do not think President Trump should be impeached” and “A new Fox News poll shows most voters don’t want impeachment.”

The problem was that the onscreen graphic during each of these clips showed the answer to a question that wasn’t asked in the poll: “Should President Trump be impeached or removed from office?”

The graphic displayed the responses to the actual question, which was “Do you think President Trump should be impeached and removed from office, or not?” 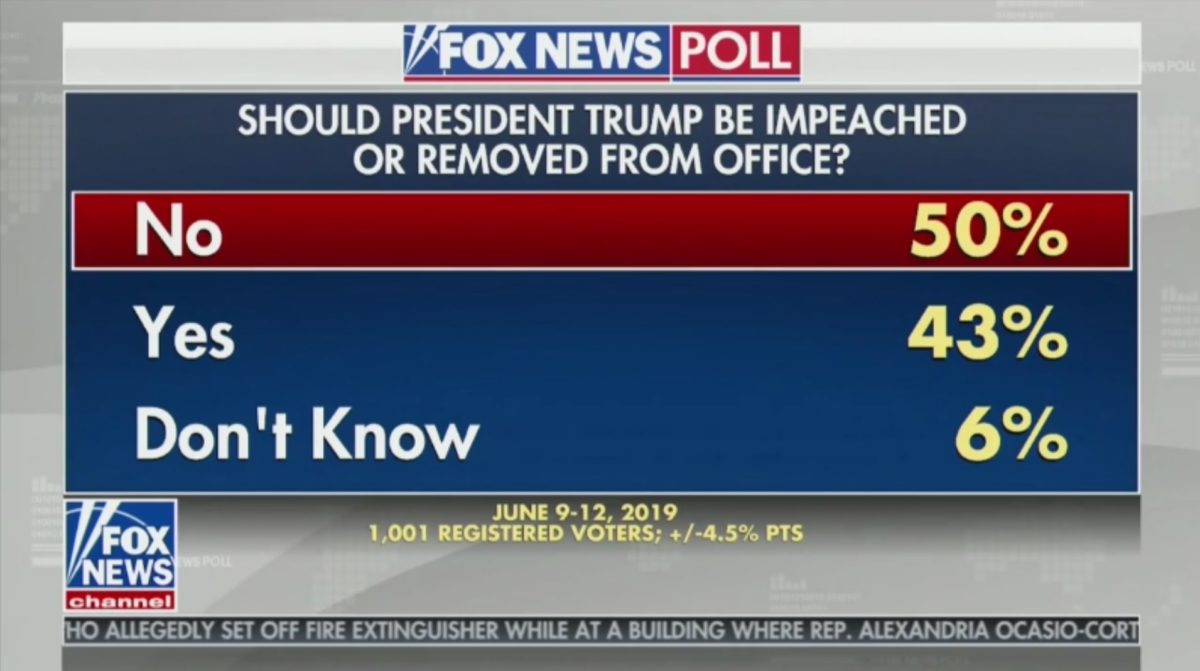 By later in the morning, however, someone had apparently figured out that issue, and so on America’s Newsroom, the graphic was replaced with one that featured the 43 percent and seven percent who favor impeachment in blue, and the 4 percent minority highlighted in red. 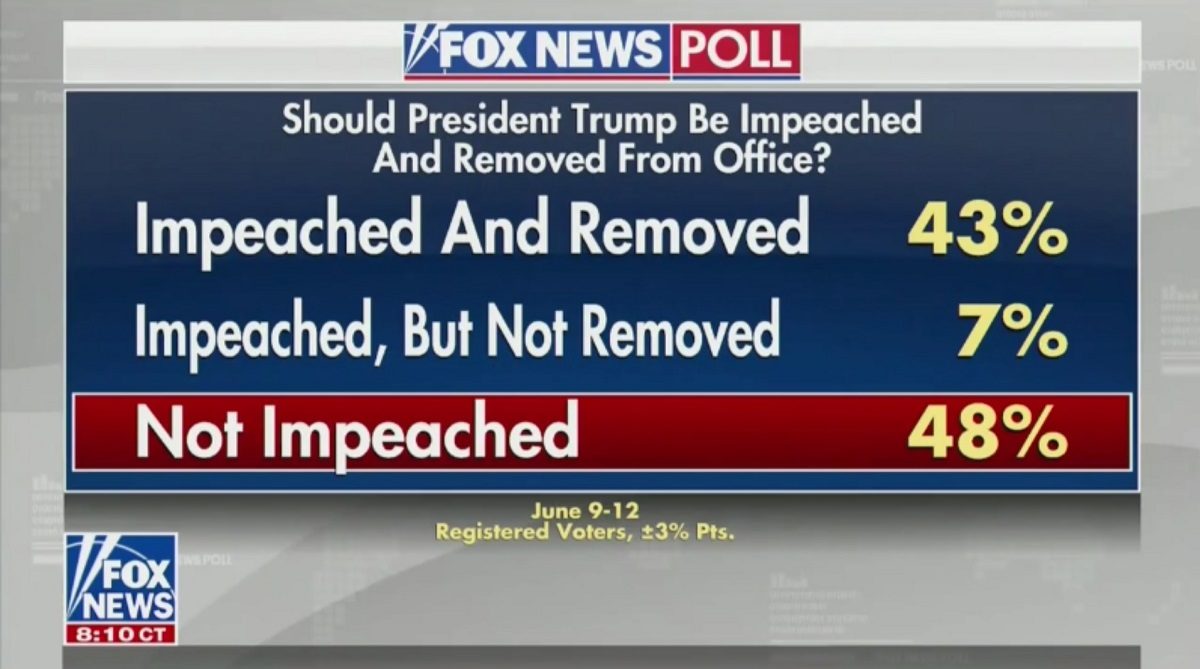 Anchor Bill Hemmer then drew contributor Byron York’s attention to the 48 percent figure, discussed the increase in support for impeachment from Democratic voters, and never mentioned that 50 percent of voters now favor impeaching Trump. As they spoke, the chyron on the screen read “Fox News Poll: 43% Support Trump’s Impeachment and Removal, 48% Oppose.”

As HBO’s John Oliver and several Mediaite articles have pointed out, impeachment is not the same thing as removal of the president.

Watch the clips above, via Fox News.

UPDATE 06/19: Childers reported a “clarification” to her remarks from Monday on Fox & Friends First Wednesday morning.