Is This Why Michael Avenatti Won't Go on Fox News
Opinion

Is This Why Michael Avenatti Won’t Go On Fox News? 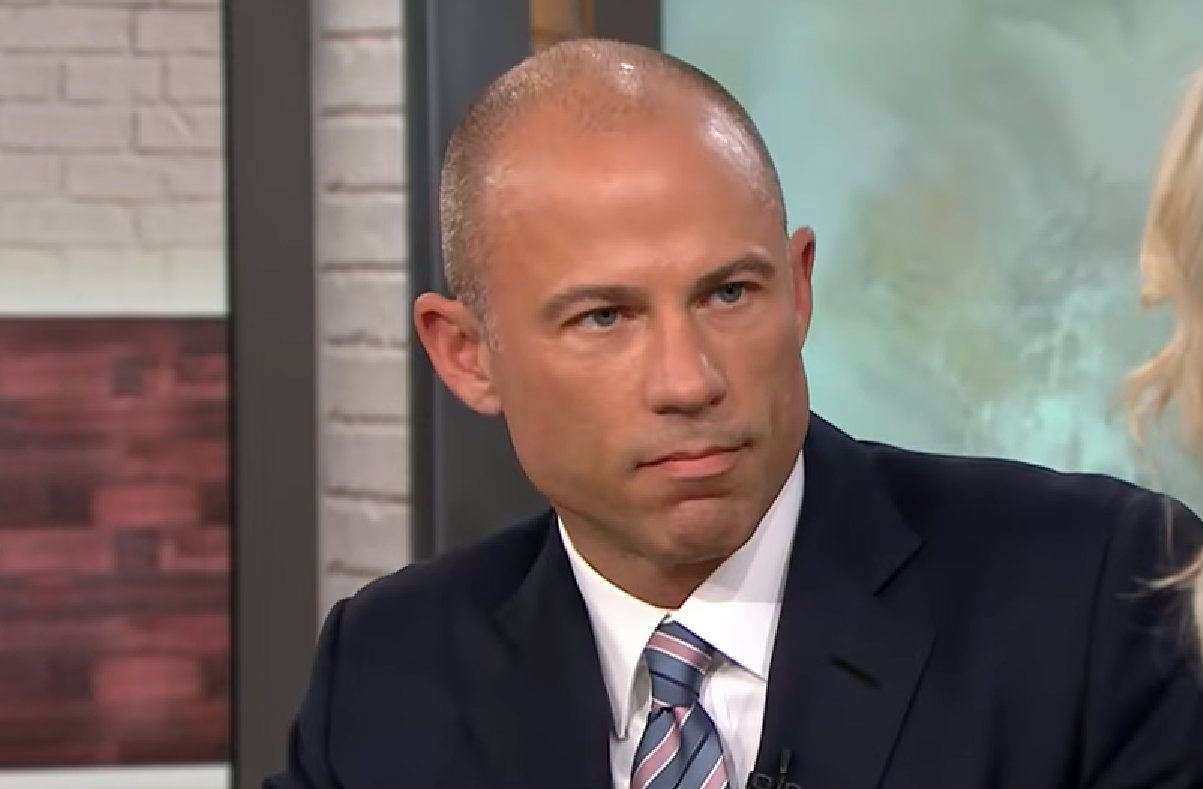 Michael Avenatti, the attorney for adult film star Stormy Daniels in her lawsuit against President Donald Trump, threatened to sue the conservative Daily Caller website and two of its reporters over a story detailing Avenatti’s allegedly shady business dealings.

The Daily Caller‘s story, published Sunday night, was authored by reporters Peter Hasson and Joe Simonson. The report outlines several of Avenatti’s past legal involvements, including allegedly failing to pay for $160,000 worth of coffee supplied by supply company Dillano’s. Avenatti once bought struggling coffee shop chain Tully’s out of bankruptcy, but he is no longer an owner and now serves as General Counsel for the Seattle business.

Avenatti’s initial failure to pay Dillano’s Coffee wasn’t the only problem stemming from the media-savvy attorney’s failed business venture, though. Seattle attorney David Nold filed legal charges against Avenatti, alleging that he used his failed coffee venture as a “‘pump and dump’ scheme to deprive federal and state taxing authorities of millions of dollars.”

“Let me be clear. If you and your colleagues do not stop with the hit pieces that are full of lies and defamatory statements, I will have no choice but to sue each of you and your publication for defamation,” Avenatti threatened, according to screenshots shared by Hasson on Twitter.

“During that process, we will expose your publication for what it truly is. We will also recover significant damages against each of you that participated personally. So if I were you, I would tell Mr. Trump to find someone else to fabricate things about me. If you think I’m kidding, you really don’t know anything about me. This is the last warning,” Avenatti added, according to the screenshot.

That email, which sounds like it could’ve been written by Trump’s thuggish personal “fixer” Michael Cohen, demonstrates Avenatti’s clear sensitivity to reports about his past business dealings — and provides an insight into his weeks-long media blitz.

While the well-tanned attorney has appeared on multiple shows across various networks, his far lower public profile on one particular cable network has not gone unnoticed.

As the conservative media watchdog NewsBusters reported, Avenatti made 59 appearances on CNN between March 7 and April 30. The outlet also reported that Avenatti appeared on MSNBC eight times in just four days from April 30 to May 3.

So how many times has the camera-friendly lawyer appeared on Fox News, the nation’s top-rated cable network?

A grand total of *once*, when he appeared on Shannon Bream‘s 11 p.m. show, before cancelling an interview with Fox News’s primetime host Martha MacCallum.

Meanwhile, Avenatti has battled Fox News multiple times, but on his platform of choice: Twitter.

One of Avenatti’s recent critiques of Fox News came just a few days ago when he accused the cable network of engaging in “character assassination” against him.

The @foxnews character assassination is in full force. #Basta

Fox News keeps raising question about Michael Avenatti they could answer with seconds of research https://t.co/0XB8QUsOV6 via @thinkprogress

Avenatti exchanged childish attacks with Fox News’ Tucker Carlson (who, by the way, co-founded the Daily Caller), criticizing the opinion host’s “mop hair” while simultaneously calling out Carlson for engaging in name calling.

“What are you, 6 years old?” Avenatti tweeted Friday.

Good question, Michael. Here’s another one for you: Are you and Carlson playground archenemies? Because it sure looks and sounds like it.

Clearly, judging from Avenatti’s belligerent back and forth with Fox News hosts, the network and its largely conservative audience is no fan of the outspoken attorney — and he knows it. That could explain why Avenatti keeps dodging appearances on the cable channel.

Perhaps the attorney, who is apparently all about transparency except when it comes to his own shady past, lacks the courage to appear on Fox, where he is far more likely to field challenging questions about his past than on friendlier networks like CNN or MSNBC.

Avenatti dodged an invite from Fox News’ Laura Ingraham earlier this month by saying that he’s “been really clear” that he prefers to appear on Fox News’ Hannity.

Thanks but I’ve been really clear as to the next Fox show I will appear on, and that’s Sean’s show. I keep asking and the network keeps dodging me. I’ll even go on with Rudy if need be. What are they afraid of?#myturn https://t.co/QbI3znD6KF

Less than one week later, Avenatti took to Twitter to attack Fox News for “avoiding” him.

Hey @foxnews – instead of having your pathetic surrogates attack me and my client without us present, why don’t you instruct your No. 1 guy @seanhannity to stop dodging me and debate me on his show? Why are you avoiding this? #basta

Avenatti’s latest attack took aim at Carlson and his booking staff. The lawyer claimed in a tweet that he responded to Carlson’s staff regarding an appearance on Tucker Carlson Tonight. Avenatti said he “never heard back.” Perhaps that’s because he denied the invitation to the show, instead demanding a spot on his Fox News show of choice, Hannity.

.@TuckerCarlson – Stop lying to your viewers. You did not invite me on your show Fri night. It never happened. You invited me on Wed and I responded within 3 minutes (see below). I then never heard back. Again – pls have Sean’s EP reach out to me. And try honesty next time. pic.twitter.com/hNVlQJFvuQ

The fact of the matter is that Avenatti knows if and/or when he goes on Fox News, he won’t enjoy the type of open platform he is given when he appears on CNN or MSNBC. Fox News hosts will undoubtedly scrutinize every word he utters, rather than giving the well-spoken lawyer minutes at a time to say whatever is on his mind and find any way he can to attack Trump and the current administration.

Avenatti understandably wants to keep public scrutiny off himself and on Trump. However, by not addressing stories about himself head-on — on a network that will actually ask him tough questions — Avenatti risks undercutting his own credibility, even as he seeks to portray himself to millions of cable viewers as the righteous attorney with sufficient courage to take on the world’s most powerful man in court.

Mr. Avenatti, you cannot have it both ways. You cannot sanctimoniously paint yourself as the Left’s potential savior from the Trump presidency while simultaneously lacking the chops to take on the network you repeatedly criticize for its purportedly false or misleading reports.

If the reports about you and your past business dealings are, in fact, false, then why not go on Fox News and set the record straight? Doing so would provide you with an exponentially larger platform than your personal Twitter account. Furthermore, you have repeatedly criticized Trump for not being more transparent. You have said we should hold the president to the same standard as anyone else.

I agree with you.

So, in the spirit of equal justice and transparency, don’t be a hypocrite. Answer the tough questions you regularly (and rightly) criticize Trump for not answering. It will not only help your client’s case against the president. It will also salvage your teetering reputation.