Fox News obtained text messages between multiple U.S. diplomats in Europe, including a key ambassador making clear he thought President Donald Trump pressured Ukraine for political gain — prompting another diplomat to instruct him to take the conversation off text.

One of the diplomats even said in the texts, “I think it’s crazy to withhold security assistance for help with a political campaign” — which was disputed by one of the other ambassadors in a subsequent message. 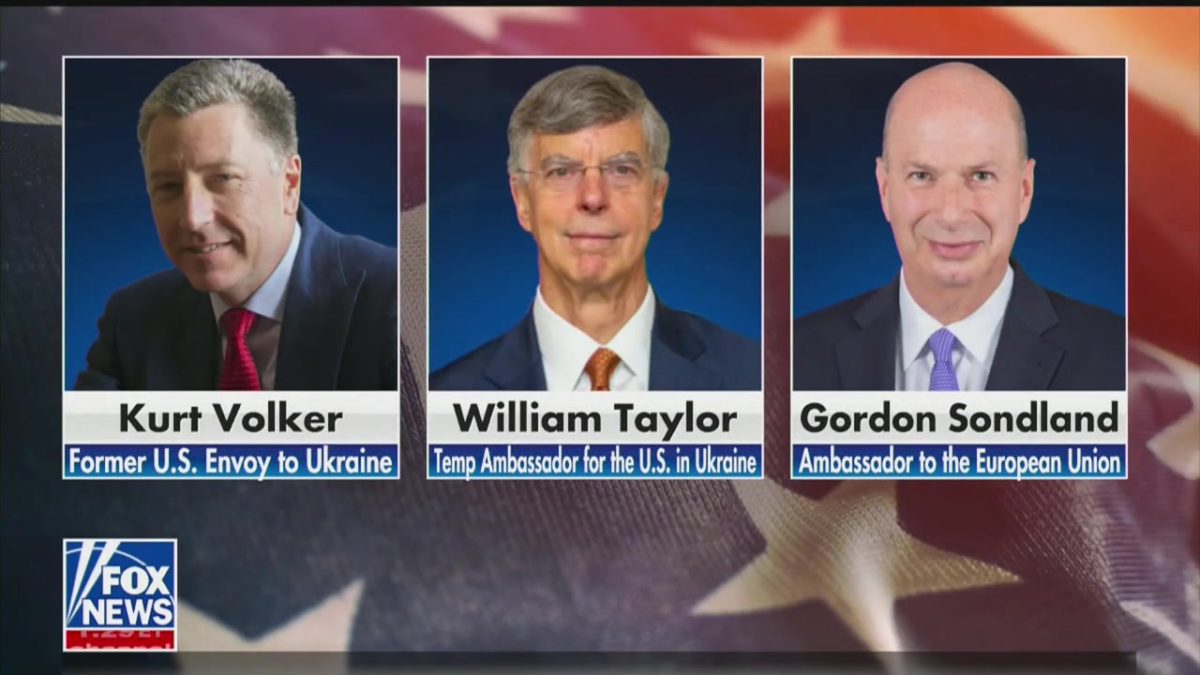 “The exchange started on September 9th, when the intelligence community inspector general Michael Atkinson revealed the existence of a whistleblower related to Ukraine,” Emanuel reported.  These three created a secure text exchange which shows Taylor expressing concern to his colleagues.

“As I said on the phone, I think it’s crazy to withhold security assistance for help with a political campaign,” texted William Taylor.

“Bill, I believe you are incorrect about President Trump’s intentions,” Sondland replied. “The president has been crystal clear: no quid pro quos of any kind. The president is trying to evaluate whether Ukraine is truly going to adopt the transparency and reforms that President Zelensky promised during the campaign. I suggest we stop the back and forth by text.”