Jeff Zucker on Diversity of CNN Lineup: We Look Like America

Jeff Zucker Talks Diversity of New CNN Lineup: ‘We are Committed to Making Sure That We Also Look Like America’ 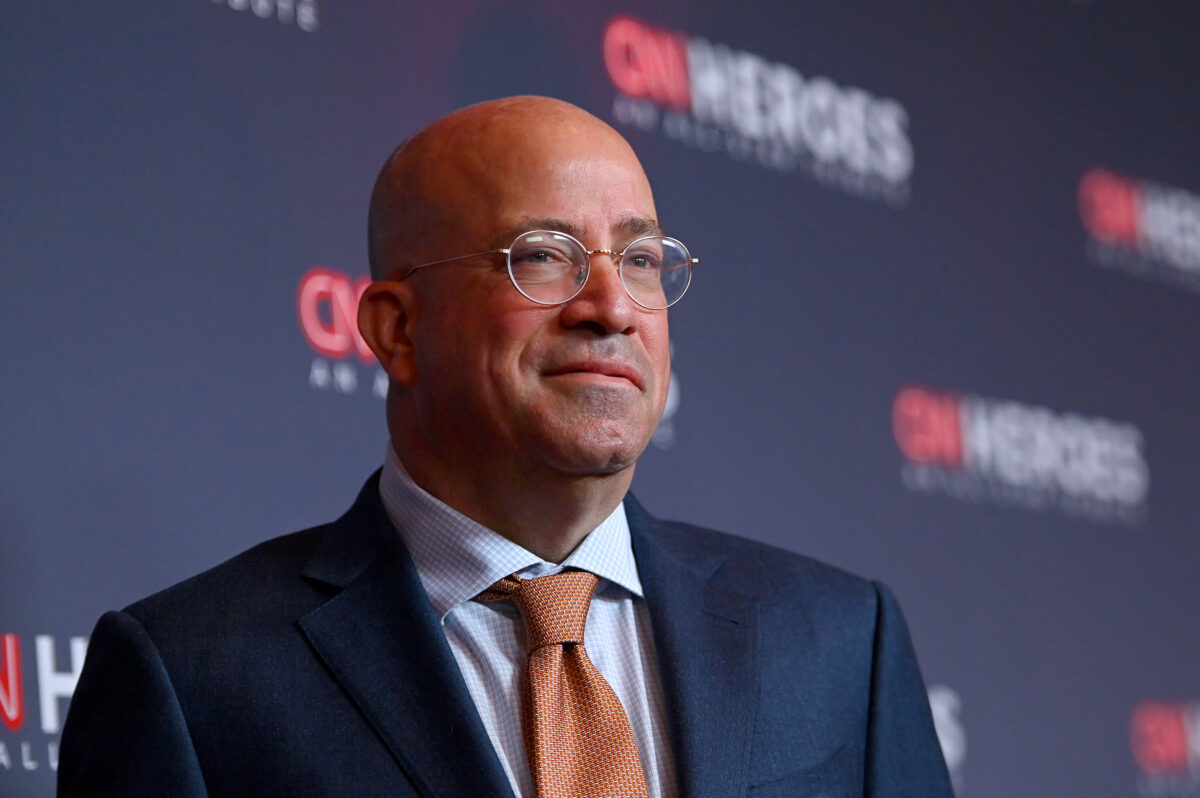 CNN officially announced a raft of new anchoring assignments in a Wednesday morning press release, confirming a number of leaked reports from the past week. Brian Stelter reported the full scope of changes as well.

In an exclusive interview with Mediaite, CEO Jeff Zucker expressed pride that these moves add to an already broad and diverse set of faces viewers see on CNN.

New Day host Alisyn Camerota is moving to afternoons, where she will co-anchor a show with Victor Blackwell, who has spent much of the last decade anchoring New Day Weekends. Boris Sanchez will take Blackwell’s spot. Ana Cabrera is also moving from weekends to weekday afternoons, and she will be replaced by Jim Acosta, who will anchor his own weekend afternoon news show. Nearly all of these promotions are for people of color.

In a conversation about CNN’s recent programming changes, I asked the CNN boss how much diversity figured into his decision-making process.

“Yes, there’s a great deal of diversity, as you point out,” he noted, but not without clarifying a larger strategy at play. “Our goal here was to os to put the strongest lineup on the field and put together the strongest lineup. The fact that it is also diverse, I think just reflects both the strength of our entire team.”

“The fact that we are committed to making sure that we also look like America,” Zucker added.

News that Brianna Keilar was moving to co-anchor New Day with John Berman was first reported on Twitter by Dylan Byers, and since then more news about the lineup changes have trickled out.

CNN has seen a sharp rise in ratings in the last year, particularly following the 2020 election, which is something of a crowning achievement for Zucker, who took has led the network to both its most profitable and most-watched time in history. He announced recently that he intends to fulfill his contract through the end of the year, though he plans to depart afterward.

Read the press release on the lineup changes at CNN below:

New Lineup to Debut in April

Today, CNN announced changes to its weekday morning and dayside lineup, with new assignments for Victor Blackwell, Ana Cabrera, Alisyn Camerota and Brianna Keilar. In addition, the network announced new roles for Jim Acosta and Boris Sanchez on weekends. These changes will be effective in April.

Laura Jarrett and Christine Romans will continue to anchor Early Start from 5-6 am.

John Berman and Brianna Keilar will anchor New Day from 6-9 am, weekdays. Keilar most recently anchored CNN Right Now from 1-3pm weekdays. Prior to that, she was CNN’s White House correspondent during the Obama Administration. Berman has been co-anchor of New Day for the last two and a half years.

Poppy Harlow and Jim Sciutto will continue to anchor CNN Newsroom from 9-11 am.

Kate Bolduan will continue to anchor At this Hour from 11am-noon.

John King will continue to anchor Inside Politics with John King weekdays from noon-1pm. The network’s chief national correspondent, he will also continue to have a key role in all political coverage.

Alisyn Camerota and Victor Blackwell will now anchor CNN’s afternoon Newsroom coverage from 2-4 pm. Camerota has anchored CNN’s morning program, New Day, for the last six years, the longest tenure of any weekday morning show anchor in recent CNN history, and, along with Berman, has led CNN to its largest audiences ever in the morning. Blackwell has anchored CNN’s Weekend New Day for the last nine years.

With the move of Cabrera and Blackwell to CNN’s weekday lineup, CNN also finalized its new weekend lineup:

Jim Acosta will anchor CNN Newsroom on Saturdays and Sundays from 3-6pm. As previously announced, Acosta has also been named the network’s chief domestic correspondent. Prior to this new role, he covered the White House for CNN for the past seven years, having served as Chief White House Correspondent since 2018.