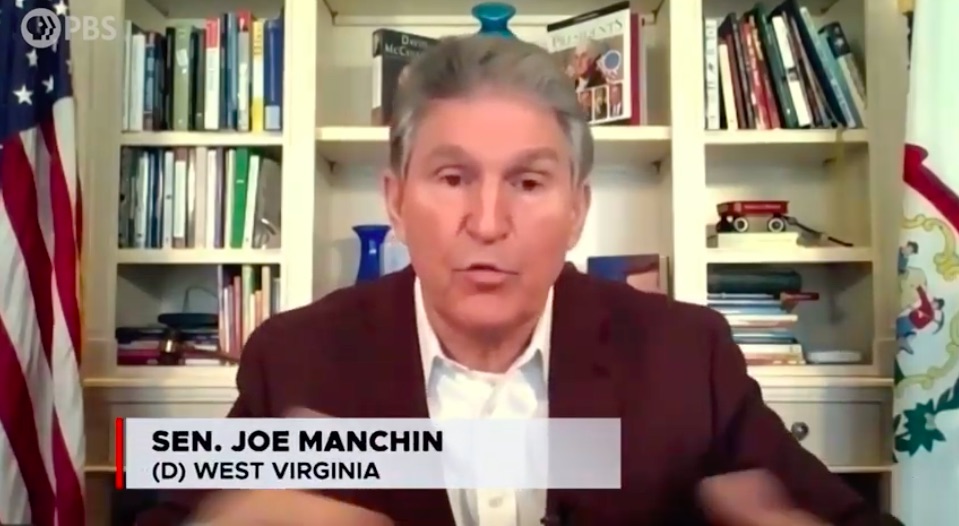 One of the Senate’s most moderate Democrats, Joe Manchin (WV) said that Congress give “consideration” to expelling fellow Senators Ted Cruz (TX) and Josh Hawley (MO) for violating the 14th Amendment’s rule against inciting an insurrection.

During the latest edition of PBS’ Firing Line with Margaret Hoover, the West Virginia senator discussed the events of January 6th and his disapproval of both Cruz and Hawley’s insistence on objecting to the certification of Joe Biden’s victory after the Capitol had just been cleared of violent, pro-Trump rioters who falsely believed Donald Trump had won the 2020 election.

Manchin, who has unequivocally stated that the Capitol assault was an attempted insurrection, then recounted how the 14th Amendment was adopted after the Civil War to ban seditionists from holding office. Both Hawley and Cruz have come under intense criticism and been called on to resign for their open signs of solidarity with the pro-Trump rallygoers not long before hundreds of them stormed the Capitol, injuring dozens of police officers and killing one.

“Since you mentioned it, Senator,” Hoover then quoted from the relevant portion of the Constitution.

“Would you support, Senator, the removal of Senator Hawley and Senator Cruz through the 14th Amendment, Section 3?” Hoover then asked.

“Well, they should look, absolutely, basically that should be a consideration,” Manchin said. “He understands that. Ted’s a very bright individual and I get along fine with him. But what he did was totally outside the realm of our responsibilities or our privileges that we have.”

Watch the video below, the relevant portion begins at the 5:30 mark.