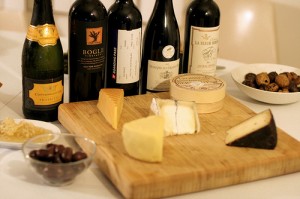 In an interview with The New Republic that’s generating the signal-to-noise ratio of a ham radio in a microwave, President Obama made the easiest of easily-proven assertions when he said that “If a Republican member of Congress is not punished on Fox News or by Rush Limbaugh for working with a Democrat on a bill of common interest, then you’ll see more of them doing it.”

This set off a cacophony of accusations that the President was trying to “smear” Fox News, and placing the First Amendment “seriously in doubt,” and even that President Obama should “man up” and actually appear on Fox, which he has obviously never, ever done. Because he will be treated respectfully.

All the President was saying was that, if a Republican works with a Democrat, that Republican is then “punished” by Fox News personalities and Rush Limbaugh, which provides a disincentive for them to do so. If that’s not true, then no one sent the memo to Rush:

Conservative talk show host Rush Limbaugh is digging in on immigration, denouncing the bipartisan bill now before Congress and pledging a one-man show of force — if need be — to beat back amnesty and Republican-In-Name-Only compromises.

“It’s up to me and Fox News, and I don’t think Fox News is that invested in this,” Mr. Limbaugh said, according to a Newsmax report. “I don’t think there’s any Republican opposition to this of any majority or size.”

Indeed, it is a testament to Fox’s influence that one of the early bellwethers of optimism on immigration was Sean Hannity’s “evolution” on the subject. Rather than accept the compliment, however, various Fox News personalities have opted to play the victim, and cast the President’s completely true remark as an assault on Fox’s free speech rights, rather than an exercise of his own. Notice how “Emperor Obama’s” iron fist has frozen their larynxes in their tracks.

Fox News contributor Kirsten Powers even went so far as to accuse the President of “smearing” the network, but since truth is an absolute defense against the charge, here it is. I will leave it to the good folks at Media Matters to compile a comprehensive dossier of every Republican who has ever been “punished” on Fox News for working with a Democrat, and will, instead, prove the President’s remark with a single example: one Governor Christopher Christofferson Christie, Republican of New Jersey.

Once thought of quite highly on Fox’s air, Governor Christie fell from favor when he and President Obama (a Democrat) worked well together in the aftermath of Hurricane Sandy. Suddenly, Fox personalities were describing Christie as “slobbering,” “fawning,” taking romantic strolls on the beach with, and even “making out with” the President, while Rush Limbaugh convicted Christie of “man-love” with President Obama.

There’s the punishment, indisputably proving the part of President Obama’s statement that relates to Fox News. As to its effect on legislators, there’s a tiny bit of room to argue that what happened next was a result of something other than the conservative media uprising against Chris Christie, but for whatever reason, the Republican-controlled House of Representatives refused to vote on federal relief for Hurricane Sandy, then forced it to be broken into two bills, and then only voted on it because of immense public pressure, and 67 of them still voted against it.

Kirsten Powers also tried to argue that the President was referring to “hard-working journalists” like Ed Henry and Chris Wallace, which he clearly was not, but since she brought it up, even those hard-working journalists are susceptible to undercutting by the anti-Obama culture at Fox News. Powers wants to portray Fox News as the martyr who speaks truth to power, but they can’t even speak truth about what their own reporter says.

As for Greta Van Susteren’s insistence that President Obama “man up” and appear on Fox News, the fact is, he already has, despite Fox News’ willingness to “man up” and attack his wife, but even Greta must see that there is a limit to the number of cheeks one can turn.