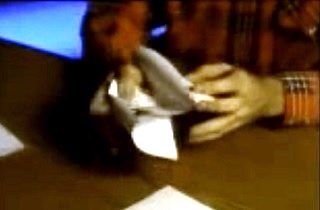 Just when you think Donald Trump‘s presidential run can’t get any more absurd than it already is, Morning Joe comes along to save the day. On Friday morning, during yet another in an endless series of cable news segments deconstructing the Trump juggernaut that I predicted from day one, Republican strategist Alex Castellanos chimed in to attempt to explain the phenomenon. While amusingly wondering how Trump might deal with the “Soviet Union,” Castellanos also told the MJ gang that he was surprised that the anger fueling Trump’s success hadn’t burned out, and even expressed dismay at the immigration plan that has the slur “anchor babies” tripping off of Republican candidates’ tongues:

“I thought trump would be contained. you were talking about the 25%. Other people said he would collapse. I said, no, that’s not going anywhere. The Republican party is angry. We’re angry about Washington. I thought the fire would burn, but burn there…”

“…He wants more power in Washington, to deport 11 million people and their children, and take away their American citizenship. He kind of likes single payer. This doesn’t sound so good.”

What’s hilarious and absurd here is that Castellanos seems to be completely oblivious to the white resentment that gave the Trump campaign its lift, and is currently powering it into the upper atmosphere.

It’s hilarious because Castellanos is the great mind behind the late Senator Jesse Helms‘ 1990 “White Hands” ad, which is the Daisy of RAF™ political commercials, the standard by which all others are judged. Although it often competes with 1988’s Willie Horton campaign for top racist ad honors, the “White Hands” ad is much more explicit in its appeal. Run during Helms’ campaign against Harvey Gantt, the first black mayor of Charlotte, the ad shows a pair of white hands crumpling up a rejection letter, as the narrator says “You needed that job and you were the best qualified. But they had to give it to a minority because of a racial quota.”

But lest you doubt the “White Hands” ad’s racist bona fides, take it straight from the horse’s mouth. In a 2009 interview with ThinkProgress, Castellanos explicitly admitted that the point of the ad was to exploit his opponent’s race, and implicitly acknowledged its corrosive effect on race relations:

This ad wasn’t a one-off for Castellanos and Helms, either. Castellanos worked for Helms for almost 20 years, after cutting his teeth on Ronald Reagan‘s 1976 campaign. Part of the political angle to this is just how much the modern Republican Party owes to Helms’ fund-raising operation, which Castellanos built. Incredibly, Castellanos was fired from Jesse Helms’ 1996 campaign because he ran an ad that was even too nasty for Helms.

You could be forgiven for asking what hidey-hole of shame Castellanos retreated to, if you didn’t already know that Castellanos continued to work on even higher-profile Republican campaigns, including presidential campaigns for George W. Bush, Mitt Romney, and John McCain. None of those candidates paid a price in the media for hiring Castellanos, and none of the dopey political news hosts who book him ever mention it.

That’s too bad, because I would have liked someone to ask Castellanos how he can be surprised at the success of a strategy that he practically invented.

Castellanos is right about one thing, though, and that is that there is a second phase of trump’s success that we’re now entering. Trump started out appealing to the (rather large) hard-core nativist base of the Republican Party, but he has broadened his appeal to more universal white resentment at being the only people who are expected to watch what they say. This resentment is powerful because it crosses party and ideological lines. It’s dangerous because Donald Trump’s celebrity gives him the opportunity to draw in people who might not otherwise vote, giving Trump a deep, untapped well of stupid white voters to replace all the other voters he’s alienating.

If Donald Trump goes on to win the presidency, it probably won’t occur to him to thank Alex Castellanos, but he should.