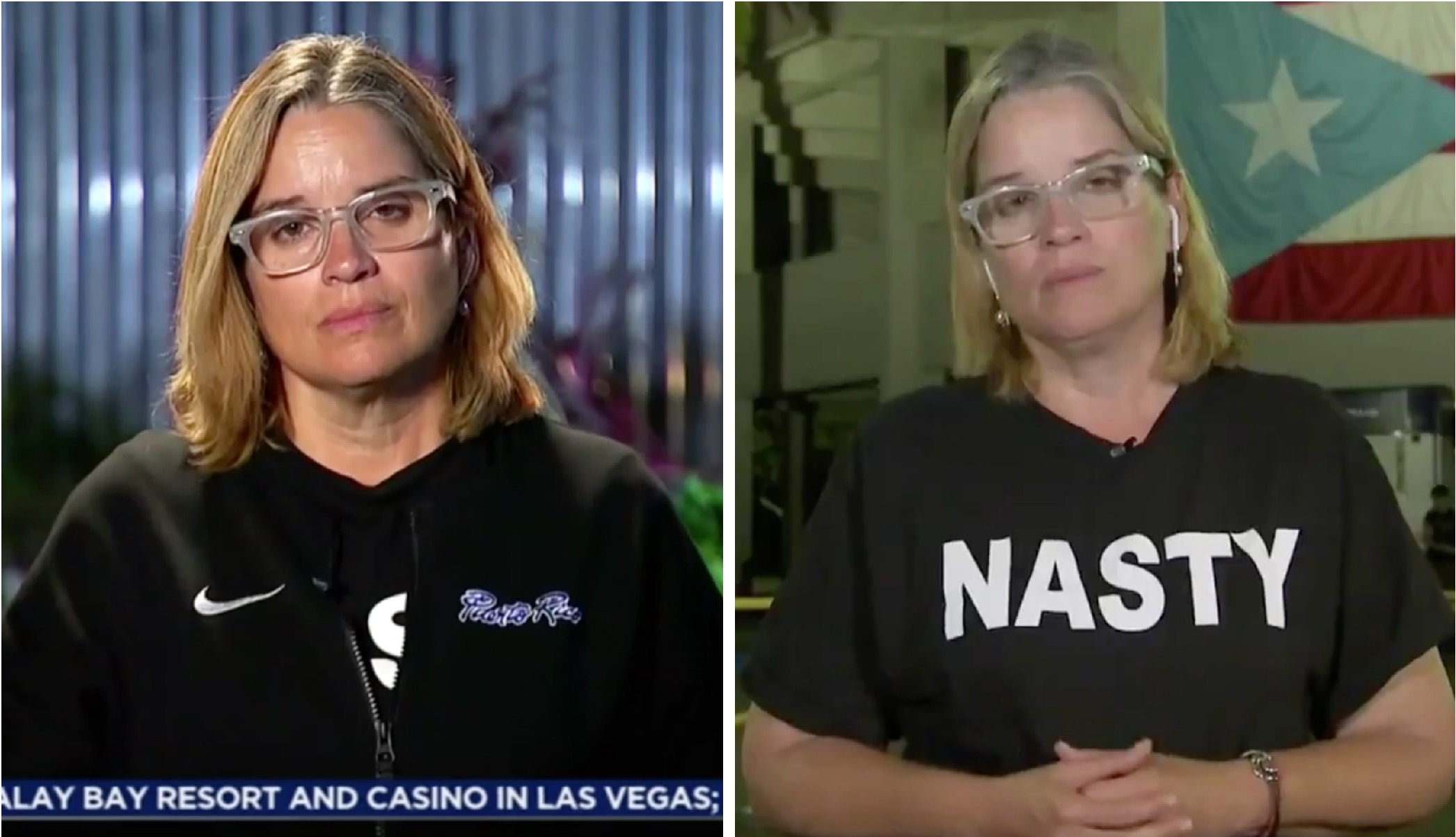 San Juan Mayor Carmen Yulín Cruz has made quite a name for herself in recent weeks in the wake of Hurricane Maria. She became the darling of the left for her outspoken criticisms of President Trump and his administration’s relief efforts for Puerto Rico and her profile only increased after he started retaliating via Twitter. And the media sees her some brave folk hero like they did with Khizr Khan and Alicia Machado during the election for being so vocal with their animosity towards Trump.

Before I go any further, let me just take a moment to call out Trump’s immaturity for escalating his feud with Cruz. Like many of his attacks to his critics, this tweets were unnecessary and they only gave her more ammunition and the media another thing to cry over. The president of the United States should always take the high road. Did Trump take the high road with this feud? Of course not, but we cannot pretend that Cruz herself did.

During an MSNBC interview on Tuesday, Cruz spoke about her brief exchange with Trump during his visit to Puerto Rico where she told him, “it’s about saving lives, it’s not about politics.” She then slammed Trump for tossing paper towels to a crowd of hurricane victims She called it “terrible and abominable.”

“It does not embody the spirit of the American nation, you know,” she elaborated. “That is not the land of the free and the home of the brave that the beacon of democracy, that people have learned to look up to.”

She went on to accuse Trump of “insulting” the people of Puerto Rico when he joked about how their debt has thrown the U.S. budget “a little out of whack” and of “minimizing” the suffering of its victims when he compared the death toll to Hurricane Katrina.

That same evening, she gave a Spanish-speaking interview on Univision while wearing a t-shirt that read “nasty” on it. It was obviously reminiscent to the 2016 election when Trump called Hillary Clinton a “nasty woman” during the final presidential debate, which became a badge of honor for many of Clinton’s female supporters. However, it was also the word Trump used during an early-morning tweet storm when he tweeted that Cruz “has now been told by the Democrats that you must be nasty” to him.

While I was watching Jimmy Kimmel last night, he played a bit of Cruz’s MSNBC interview in his monologue. That was when I saw the giant “S” peaking through her not-so-zipped-up jacket, something I didn’t notice before. 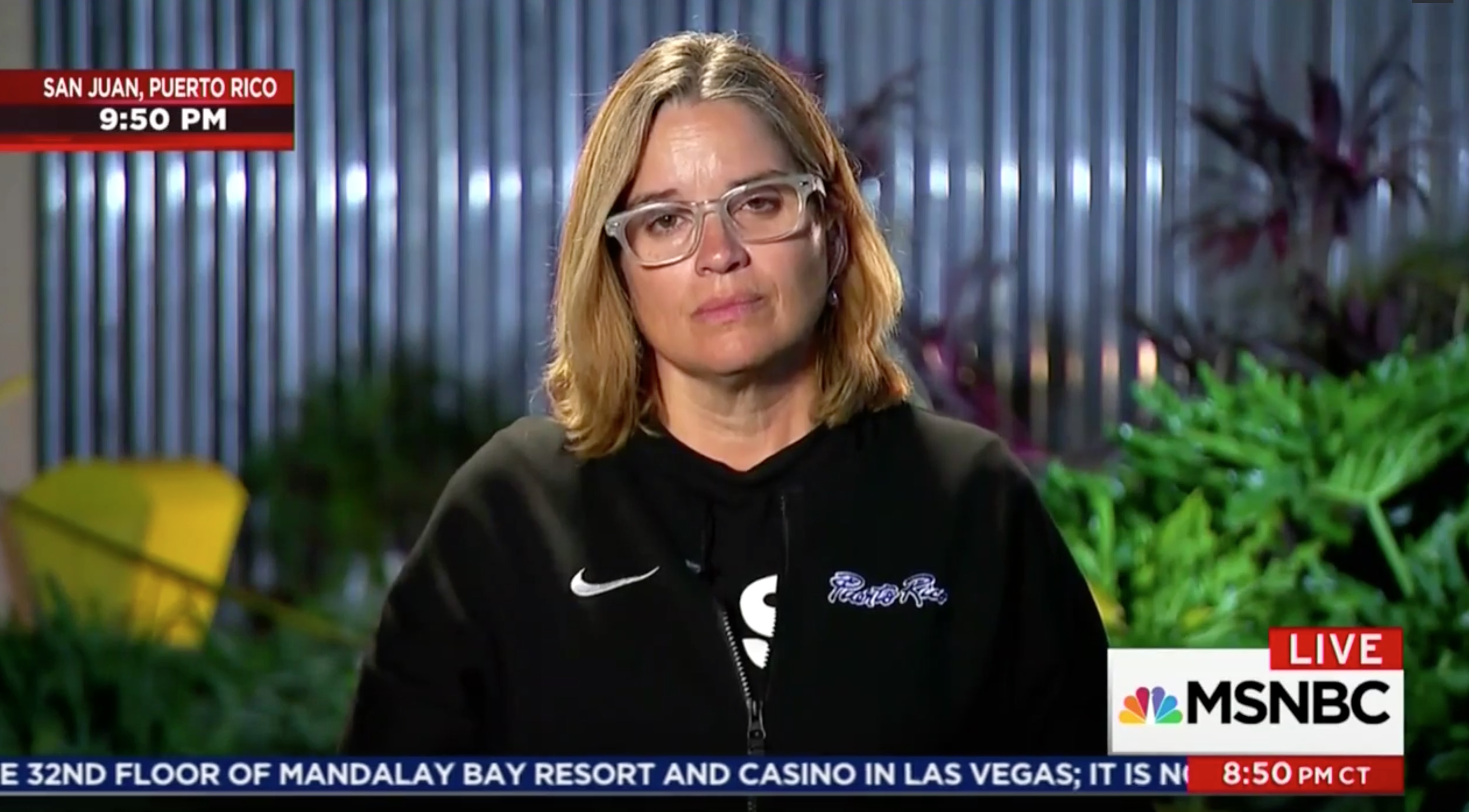 And then it hit me; she was wearing her “nasty” t-shirt during that MSNBC interview!

Here Cruz was lecturing Trump about “not being about politics” and not living up to the “land of the free and the home of the brave that the beacon of democracy, that people have learned to look up to” while she was wearing a politically-charged t-shirt.

First off, considering she said the suffering of Puerto Ricans was on the verge of “genocide” and considering how much a disaster zone the territory currently is since 95% of the population is still without electricity, it’s remarkable how Cruz keeps finding these custom-made t-shirts. Secondly, her exposed t-shirt during that interview exposed her as a hypocrite.

As of now, the jury is still out as to whether or not the Trump administration handled the Puerto Rico disaster relief well or terribly despite the mixture of praises and criticisms the administration has received. And only time will determine the truth. No matter how Trump’s doing with this crisis, it’s becoming more and more clear that Cruz is an opportunist who relishes the attention she’s been getting. Perhaps she has an ulterior motive. Does she want to be governor of Puerto Rico? Hell, maybe she’ll try to run against Trump in 2020! But I’d bet she’d settle for a job as a CNN contributor.

Every so often, I’m reminded of former First Lady Michelle Obama when she famously said during the election, “when they go low, you go high.” Since then, the people who’d echo her advice never seem to “go high” but rather go even lower. We all know Trump’s attacks are often childish, but so are these t-shirts and wearing them while pretending to take the political high road simply makes you look foolish.

Cruz better enjoy her fifteen minutes of fame while she has them because the days that people take her seriously are numbered.