Scarborough Blasts GOP Over Gov’t Shutdown: ‘Do They Love Obama That Much?’ 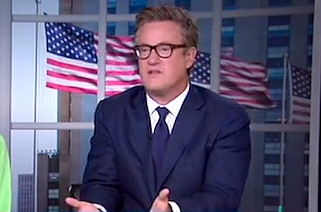 Joe Scarborough lambasted far-right conservatives on Morning Joe Tuesday morning, less for their desire to shut down the government over Obamacare than their criticism of right wing politicians, like Arizona’s Jeff Flake, who refuse to go along with it, arguing that the GOP is “painting itself into a corner” over the issue and ceding political advantage to President Barack Obama.

“John Boehner has had the House of Representatives cast how many votes, thirty, forty votes to overturn Obamacare?” Scarborough said. “To shut down the government and basically take the advantage out of Republicans’ and conservatives’ hands and give it to Barack Obama—do they really love Barack Obama that much?”

“Jeff Flake’s a libertarian, practically,” Scarborough said. “Oh, wait, John Cornyn is not conservative? And did you see [Ted] Cruz going towards John Cornyn? John Cornyn says thank you very much. And then you’ve got Scott Walker. I guess Scott Walker is not conservative enough. They’re painting themselves into a corner. And you know what? I am just enjoying it. I think we see where the excesses end here. They have painted themselves into a corner of a room where they will soon be alone in the political world.”

“In a way you can take a perverse pleasure if you think this is going to be destructive ultimately to the right, which I think it will be,” David Ignatius said. “Talking to Republicans towards the center, especially in the House, who still have the ambition to formulate legislation, deal with things the House of Representatives should do—they’re despairing. They don’t know what to do with these people. You have to think that maybe we’re going to head for a blowout congressional election in which you’ll have a significant change.”