Scarborough: Cantor Came to Studio with Entourage ‘Larger than Most Governors’
VIDEO

Scarborough: Cantor Came to Studio with Entourage ‘Larger than Most Governors’ 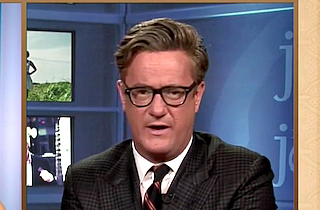 The Eric Cantor primary postmortem continued into its second day Thursday morning, with the Morning Joe panel wondering whether voters’ personal distaste for Cantor, perhaps exemplified by the House Majority Leader’s sense of grandeur, made his defeat a one-off rather than a sign of an anti-incumbency wave.

“The issue with Eric Cantor as a flawed candidate in this instance is that it wasn’t just that he didn’t spend time back at home, there was a deep antipathy towards him,” New York Times’ Jeremy Peters said. “People would tell me stories about him showing up at events with his security entourage and it rubbed voters there the wrong way. So I think this is a very specific example of an selection. And I would not overstate these lessons elsewhere.”

“I think we should say it,” host Joe Scarborough said. “We don’t judge him one way or the other and we don’t know, perhaps he got death threats. But he showed up on our set with a security entourage larger than most governors. He had like three security guys, I think. We were talking about this off-set yesterday and weren’t going to say it, but Jeremy brought it up. We looked at him when he came in, and I like Eric a lot, but saw the security people there and sort of the sense of importance. And it was fine with us, we didn’t even say anything at the time. But if you’re going around your district acting that way? Not good.”