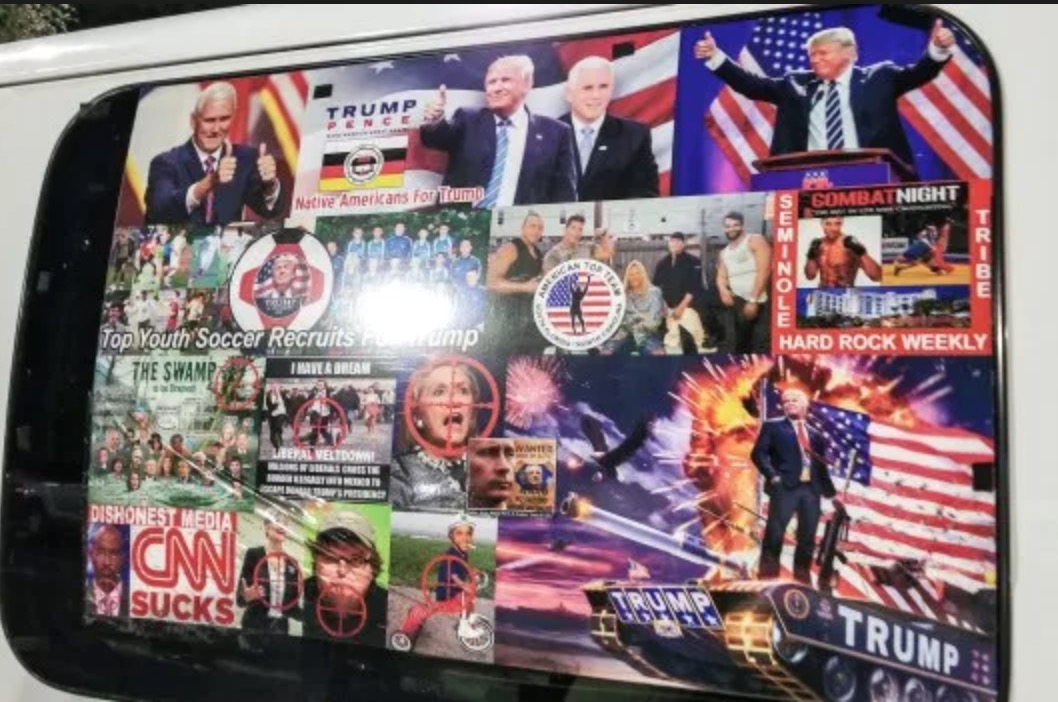 Federal authorities have arrested a prime suspect in the mailing of explosive devices to democratic leaders who have been openly critical of President Donald Trump.

Much has been made of the pro-Trump and violent anti-Democratic imagery on the van that authorities seized, and the social media feed of the man in custody paint an almost cartoonish portrait of a Trump supporter who dangerously took the Commander in Chief’s hyperbolic rhetoric quite literally.

It is the latest example of just how heated the political discourse has become too dangerous, reaching life-threatening levels. And reasonable people on both sides of the political aisle have called for a time of calm and reflection, to tone down the vitriol despite a midterm election just 11 days away.

But anyone expecting a transcendent moment to come as a result of this really ugly stain on American history is sure to be disappointed. Because while the conversation has changed a bit, the finger-pointing has only increased in reaction to this domestic terrorist attack.

Many moderates and progressive pundits have made the not-unreasonable case that Trump’s inflamed, aggressive and uniquely specific attacks on the same individuals who received the explosive devices played a significant part in the current toxic political state.

Now that case has been falsely conflated, including by certain Fox News personalities, as Democrats blaming Trump for the attacks. Apart from some notable hyperbolic exemptions, the vast majority of the critiques have not laid direct blame on President Trump, but have instead noted that role that President Trump has played in an increasingly poisonous public stage.

The latest defense laid out by Trump, and amplified by predictable outlets, is the example of the Congressional Baseball shooting which nearly killed Rep. Steve Scalise, who has recovered remarkably despite nearly dying. Turns out the shooter in that incident was an avowed supporter of Bernie Sanders.

In the immediate aftermath of the apprehension of the apparent pro-Trump mail bomber, conservative pundits and Trump himself have all boasted how they didn’t blame Democrats for that shooting, so why are liberals blaming Trump for the mail-bomb attacks.

Trump made this case during a pool spray on his way to a Charlotte rally. Press Secretary Sarah Sanders made the same case during a White House lawn gaggle, saying “The president is certainly not responsible for sending suspicious packages, any more than Bernie Sanders was for supporter shooting up a baseball practice.” Karl Rove did this same on Fox News with Martha MacCallum.

The purest expression of this logic is best demonstrated by a Ben Shapiro tweet:

Remember that time everybody correctly avoided blaming Bernie Sanders for one of his supporters shooting up a bunch of Congresspeople? Because that’s not going to happen today with crazy bomber guy.

Which raises the rather obvious question: when did Bernie Sanders offer the same sort of inflamed and dangerous rhetoric that has defined President Trump? The false equivocation is so specious and craven, that it almost defies reason.

Yes, both persons referenced in Shapiro’s tweet appear to be mentally unstable. One does not carry out this sort of violence on anyone, let alone an elected official, without being clinically crazy, unhinged or whatever term you prefer.

The Scalise shooter was reportedly a member of many progressive and anti-GOP Facebook groups, including “The Road to Hell is Paved with Republicans,” “Expose the Republican Fraud” and “Terminate the Republican Party.” The shooter died in the hospital as a result of wounds suffered by his apprehension, so we are only left to surmise what was in his mind by past behavior.

There is a clear difference, however, between politicians sometimes engaging in heated rhetoric (say Bernie Sanders on health care reform) and President Trump’s consistent, dehumanizing, sometimes violent smears. Critiques about a toxic political environment are directed less at the aggressors, but those responsible for the irresponsible and overheated rhetoric.

In clearest terms, Bernie Sanders never engaged in the politics of personal attack. And therein lies only the first in a long line of differences.

The examples of Trump’s irresponsible behavior are too many to list, but in just the last week, Trump publicly lauded Rep. Greg Gianforte’s physical assault on a reporter who was simply doing his job.

Or how about this gem, the time he tweeted an edited pro wrestling clip that portrayed his beating down of a CNN logo:

In many ways, this tweet is an ideal explanation for where we are today as professional wrestling is almost too perfect a metaphor for the Trump administration. Yes, it is a lucrative business with loyal fans, the vast majority of whom know that it’s not a real sport, but entertainment. They suspend disbelief in the name of being willingly entertained by the over-simplistic and mythic good vs evil storylines.

But in a packed arena of pro-wrestling fans, there is a small but not insignificant group that firmly believe the theatrical wrestling is 100% real, ignoring the cries of “it’s fake,” and instead opting to believe what they are watching unfold is not reality television.

The guy in custody who allegedly sent the bombs? He’s the guy who thinks it’s real.

Those who cover Trump rallies will tell you that from their perspective, the majority of attendees see his inflaming rhetoric as entertaining hyperbole. But there is always a select few viewers who don’t get that and will act out on that venom.

And that’s what’s at issue — Trump’s unwillingness to accept responsibility for dangerous rhetoric amplified by his remarkably large platform and influence. Just yesterday he defended himself by comparing the weight of his rhetoric to negative cable news punditry, seemingly forgetting that he is the President of the United States, and is held to a much different standard.

To suggest, in the aftermath, that this attack is just like the shooting of Steve Scalise is willfully misleading. Both are horrible, but one example can be connected if not directly tied to a politician’s hateful rhetoric and another cannot.

For anyone who tunes in to Fox News conservative opinion programming, you will see a nearly constant parade of right-of-center pundits talking about how Trump can’t be blamed for this the pipe bombs, but in the next breath claim that the left’s rhetoric IS SO DANGEROUS. What?

Amidst all of this political finger pointing, Mediate Managing Editor Aidan McLaughlin summed it up best in a tweet that read, “Hard to make the argument that the bomb guy wasn’t inspired by Trump’s rhetoric when his van is literally covered in Trump’s rhetoric.”

In other words, one has to be blinded by partisanship or willingly misinformed, to not draw a clear link between Trump’s rhetoric and the suspect behind the mail bombs. And here it isn’t just contemptible political violence, its a predictable response to provocation.

Anyone hoping for cooler heads to prevail should dial down their expectations. Donald Trump is now threatening to “tone up” his anti-media rhetoric. In other words, it’s far more likely to get worse before it gets better.

Colby Hall is the Founding Editor of Mediaite and is growing increasingly impatient for a transcendent political figure to arrive and end the toxic dialog. Follow him on Twitter @colbyhall.