George Stephanopoulos Presses Joe Walsh on His Past Rhetoric
video

Stephanopoulos Presses Joe Walsh on His Past Rhetoric: ‘Textbook Racism and Sexism’ 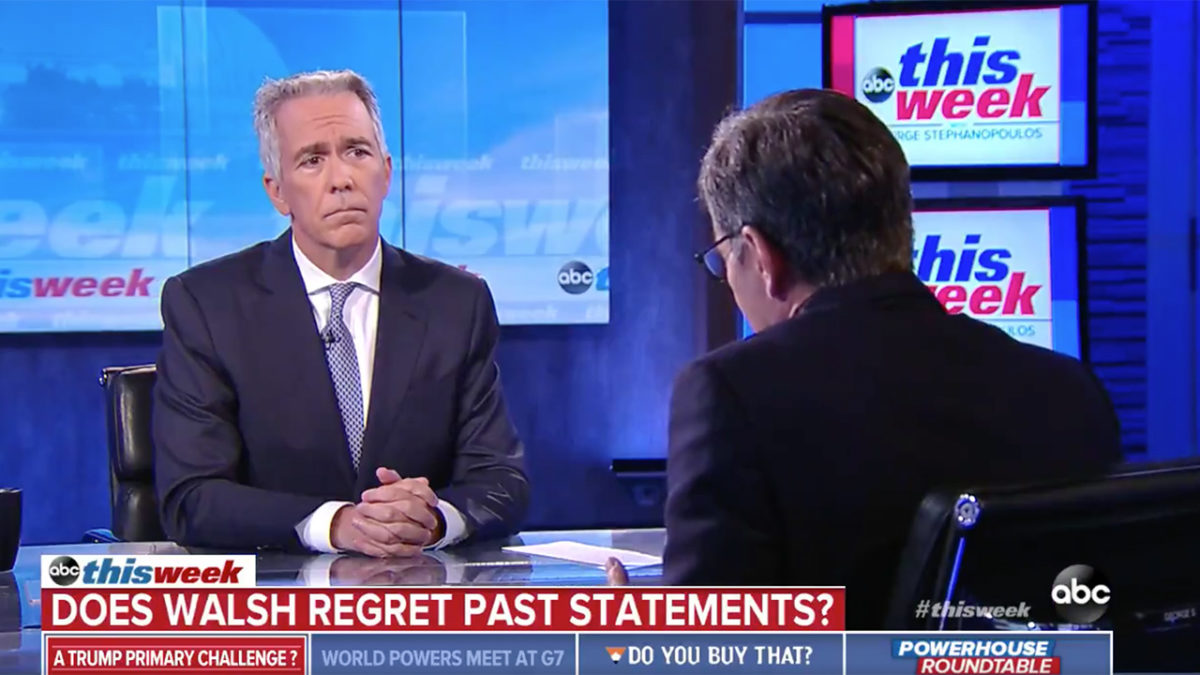 One of the many issues facing former Republican Congressman Joe Walsh as he mounts a long-shot primary challenge against President Donald Trump is some of the Trump-like rhetoric he’s engaged in.

Walsh announced his bid on ABC’s This Week this morning and George Stephanopoulos brought up a number of comments he’s made in the past few years, telling Walsh he “provided aid and comfort” for much of Trump’s own rhetoric.

"That is kind of textbook racism and sexism," @GStephanopoulos tells 2020 candidate Joe Walsh, pressing him on his previous tweets.

Walsh: "The beauty of what Pres. Trump has done is … he's made me reflect on some of the things I've said in the past" https://t.co/bLWbG7aCAU pic.twitter.com/3Y396VTSem

Walsh once talked about how Obama was “held to a lower standard cuz he was black” and said of Kamala Harris in 2017, “If you’re black & a woman, you can say dumb things. Lowered bar.”

“That is kind of textbook racism and sexism,” Stephanopoulos said.

“The beauty of what President Trump has done is, George, he’s made me reflect on some of the things that I’ve said in the past,” Walsh responded.

He expressed regret for those past comments and said he allowed his policy differences with Obama to become personal, before inviting the comparison between himself regretting his past statements and Trump almost never apologizing.