Trump Supporters at CPAC Are Not Ready to Forgive Fox News. But They Like Tucker.

Trump Supporters at CPAC Are Not Ready to Forgive Fox News. But They Like Tucker.

The cable news network has sought to regain its footing after bleeding viewers in the aftermath of the 2020 election, when President Donald Trump’s loss and the network’s decision to call the state of Arizona for Joe Biden inspired its audience to tune-out en masse, leading to a temporary ratings decline on a scale not seen in years.

Attempts at atonement have been made. An analyst behind the Arizona call was fired. Opinion hours on the network were expanded. And last weekend, Fox News streaming service Fox Nation paid big bucks to sponsor the Conservative Political Action Conference, while a number of network stars, including Pete Hegseth, Tomi Lahren and Lawrence Jones, made appearances.

Still, CPAC attendees interviewed by Mediaite maintained complicated feelings about Fox News, a sign that the network’s sins may have done lasting damage to the bond between network and audience.

“Fox, CNN, MSNBC, they’re all the same!” MyPillow CEO Mike Lindell screamed at Mediaite when asked for his thoughts on Fox, a network he advertises heavily on. “They’re all suppressing the truth for this country!”

Lindell was referring to his efforts to doubt the legitimacy of the 2020 election, a quest that has landed him with a $1.3 billion lawsuit from an elections technology company. 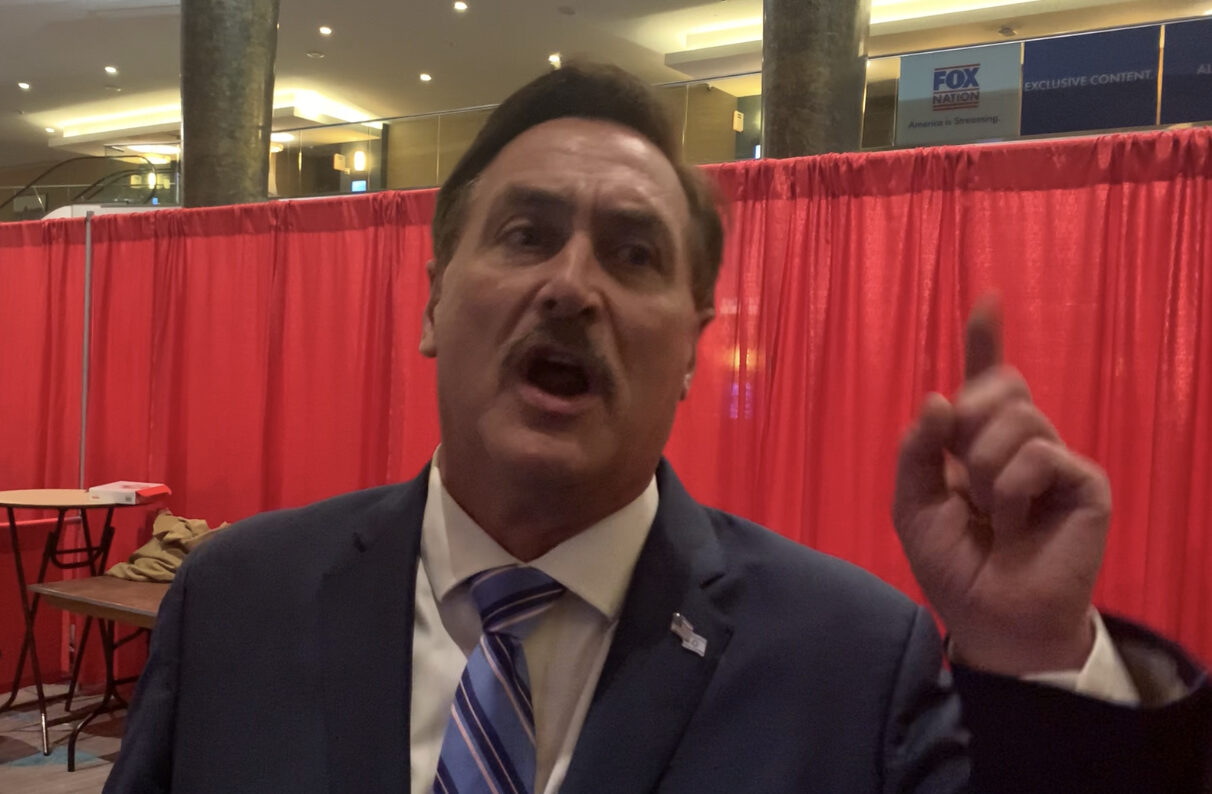 Conservative talk radio host Keith Hanson said he always used to have Fox News airing in his studio — until 2020.

“I tuned Fox News off about a week before the election,” Hanson said. “They have started to become more and more centrist. And certainly some of their commentators are now starting to lean to the left.”

The side of Fox News that has turned off Trump supporters made a cameo in the former president’s speech, when he lashed out at anchor Chris Wallace for his moderation of one of the 2020 presidential debates. The mention of Wallace, one of Fox’s top anchors, prompted loud boos from the crowd.

Former Fox News host Eric Bolling, who attended Trump’s speech at CPAC on Sunday, explained to Mediaite that the network hasn’t yet redeemed itself in the eyes of the former president’s base.

“Fox still has work to do to regain a loyal following they lost,” Bolling told Mediaite after the speech. “Clearly MAGA World has not forgiven Fox yet. Proof: the boos heard when President Trump mentioned Chris Wallace in his speech.”

Most attendees interviewed by Mediaite said they felt betrayed by Fox’s decision to call Arizona for Biden on election night — an early but ultimately correct call, the timing of which enraged Trump because it undermined his attempt to declare victory.

“What Fox did in the election, a lot of us feel that they betrayed us as well. A lot of [Trump supporters] just abandoned Fox completely,” Captain JP of Boaters for Trump told Mediaite.

While Fox News joined the rest of the mainstream media in declaring Biden the president-elect, smaller alternative outlets like Newsmax and OAN spread the conspiracy theory that Trump actually won.

Fox, which is now facing a $2.7 billion lawsuit from an elections technology company for airing lies about the election, has found itself caught between the steep legal consequences of spreading misinformation, and a relentless demand from viewers that it embrace Trump’s claims. (Fox has filed a motion to dismiss the Smartmatic lawsuit.)

“Fox’s strategy to win back Trump viewers appears to be to go all-in on opinion programming from 7p through midnight,” Eric Bolling told Mediaite. “Question remains: what will OAN and Newsmax do to counter Fox in an attempt to hold onto their share of the audience they’ve earned?”

“I think what they did on election night, as far as Arizona, I mean, it’s almost unforgivable what they did,” said Trump supporter Michael Szefc. “I have switched over to Newsmax more, and One America News.”

Colleen Hoffman, wearing a “Trump Won” hat, said she hasn’t watched Fox since the network called Arizona for Biden. She will occasionally watch Tucker Carlson Tonight, if it’s on, but mostly watches Newsmax.

“I would come back to Fox,” she said, before stopping herself. “No, I probably wouldn’t. Not full time, no.” 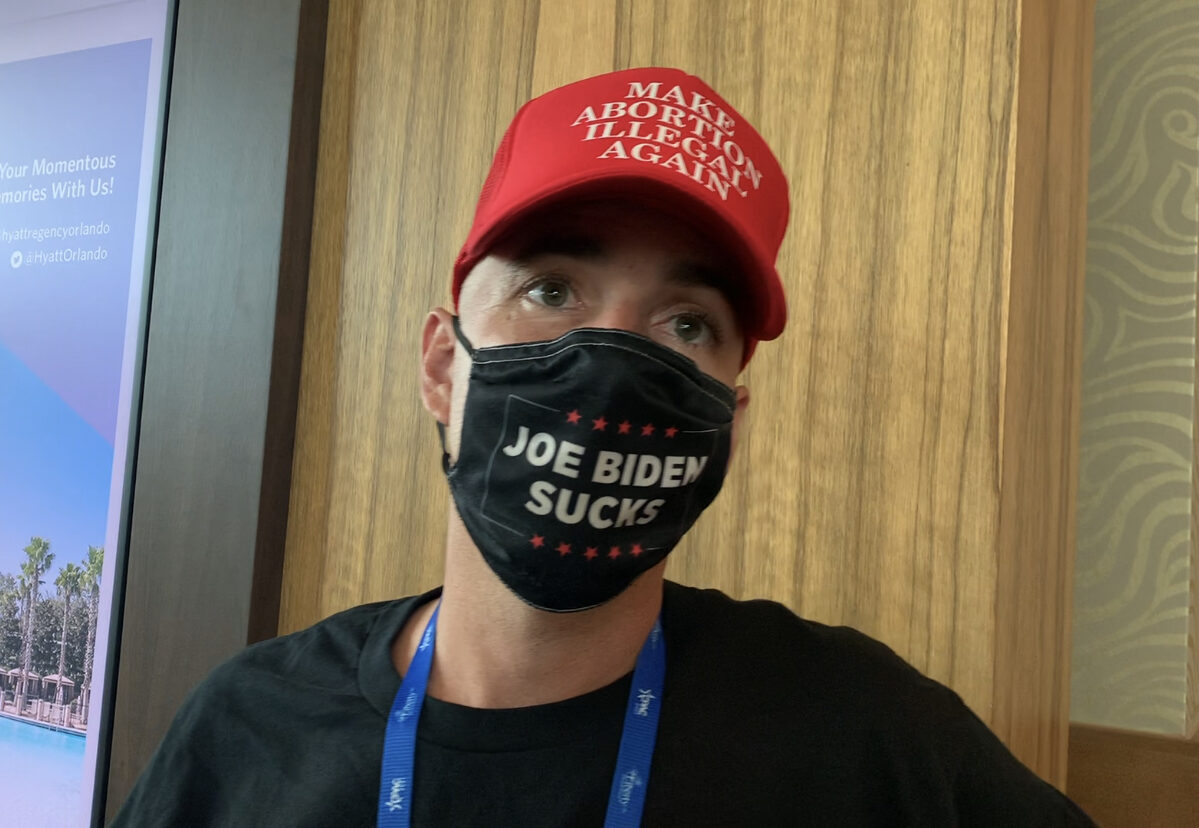 Outflanking Fox from the right, Newsmax saw a surge in the ratings after the November election. Fox, meanwhile, fell behind MSNBC and CNN, two networks that enjoyed a boom thanks to their coverage of the election aftermath and violent attack on the Capitol. The numbers are now stabilizing: Newsmax’s ascent has reversed, and Fox is regaining some ratings ground.

While Fox is set to lose to MSNBC in total viewers and CNN in the demo for the month of February, it is expected to place first in prime time. A recent poll also found the network’s popularity among Republicans has been stabilizing.

Many CPAC attendees said that while they have not forgiven Fox, they still watch prime time hosts Tucker Carlson, Sean Hannity and Laura Ingraham.

“I love Tucker, I love Hannity,” Szefc said. “Watters is great. There’s a lot of great people on Fox.”

“I want to forgive them. I want them to right the wrong, and stop trashing Trump and get behind America First,” he added.

Almost every attendee interviewed by Mediaite said they believed the election was stolen, and that the failure of Trump’s legal efforts (some of his challenges were tossed by judges he appointed) was simply the result of a corrupt system.

“I’ve stopped watching all news since the election, because it’s depressing and makes me angry,” said Trump supporter Toni Ringlein, who also insisted the election was stolen. 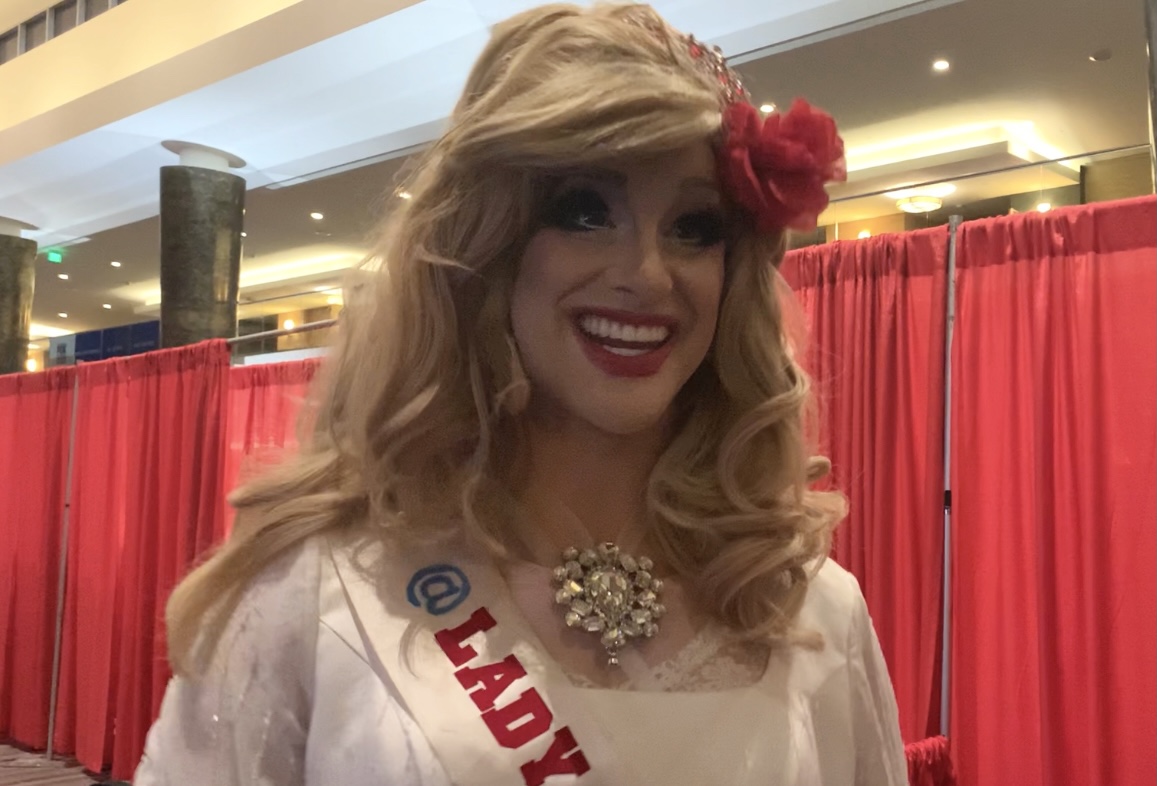 Indeed, Fox made a big push at CPAC to get more people to think Fox Nation is okay, and to go a step further and actually subscribe. The streamer tried to lure new customers by giving away month-long free trials, and provided wall-to-wall coverage of CPAC featuring a number of their more popular opinion personalities — including Hegseth, Jones, and Lahren.

Still, for whatever positive feelings Fox might have generated about their streaming service in Orlando, the CPAC crowd’s feelings about the mothership remain decidedly mixed. Erik Svane, who on Sunday walked around the Hyatt Regency convention center in an American flag shirt and a gas mask (“it’s to make fun of all the people believing in the virus”) said he watches Fox News “much less” since the 2020 election.

“I don’t think they’ve been supportive of the truth,” Svane said of Fox, though he noted he still likes Tucker Carlson because “he drives the liberals mad.” 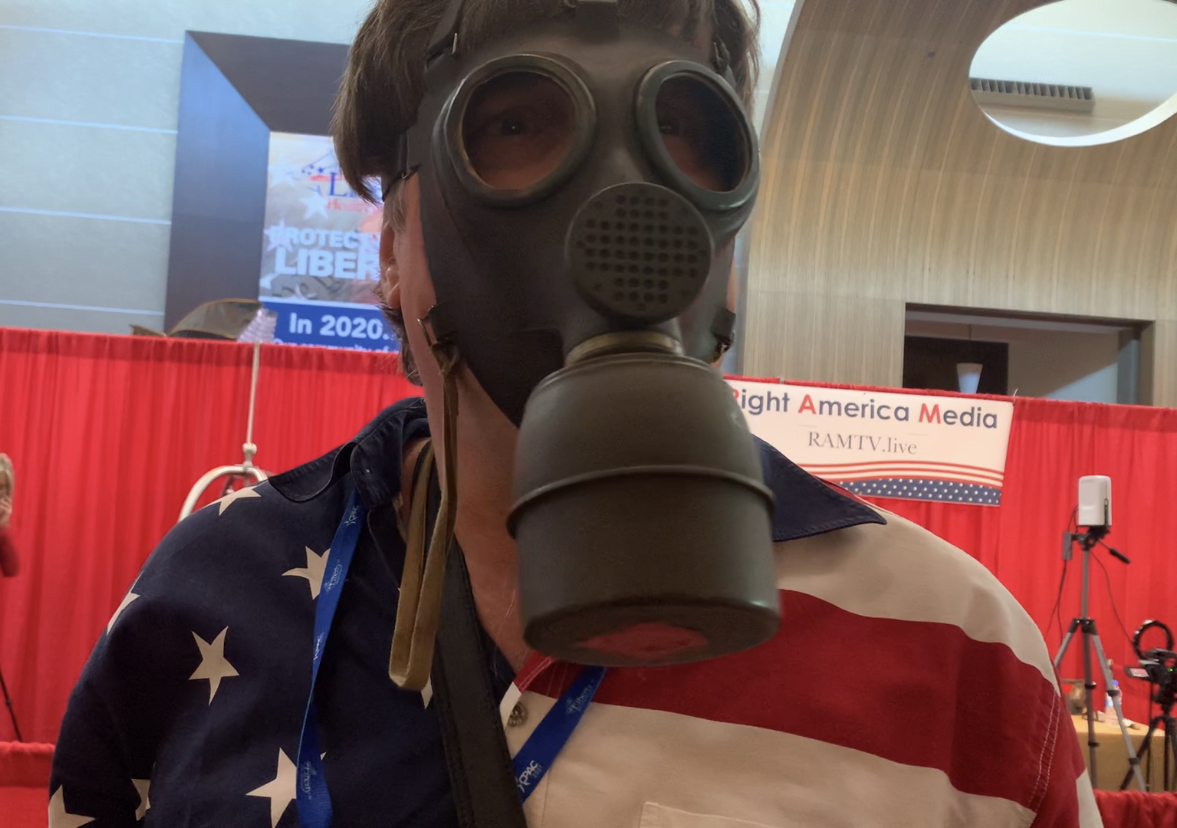 Driving the liberals mad is sort of a hallmark of CPAC, where speakers like Dan Bongino preach lib-owning and merch stalls sell t-shirts depicting Joe Biden and his son Hunter as members of the “Biden Crime Family.”

But the question among conservatives at large is whether — these days — complete fealty is a must in order to belong to the movement. For all those who crave loyalty from hosts like Hannity, there are others, like CPAC attendee Eric Golub, who take umbrage with the idea of purity tests. Golub, wearing a t-shirt commemorating the death of Rush Limbaugh, called bullshit on the idea that Fox News has taken a left turn.

“I know there are some conservatives that want to burn FNC in effigy, and think, oh god, they’ve all become a bunch of raving leftists. No they haven’t,” said Golub. “If we’re going to attack liberals for constantly being triggered by everything, which they are, I don’t want to see conservatives triggered either.”