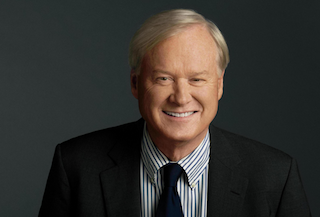 Hardball with Chris Matthews was #1 in the 25-54 demo in his 7pm time slot Tuesday night, topping Fox’s On The Record with Greta Van Susteren. Matthews pulled in 280K viewers in the demo while Van Susteren had 274K. CNN’s Out Front with Erin Burnett was third with 104K.

Van Susteren was #1 in total viewers at 7pm with 2.023M, followed by Matthews with 952K and Burnett with 409K. In addition to winning his time slot, Matthews was the highest-rated show across MSNBC’s lineup in the demo.