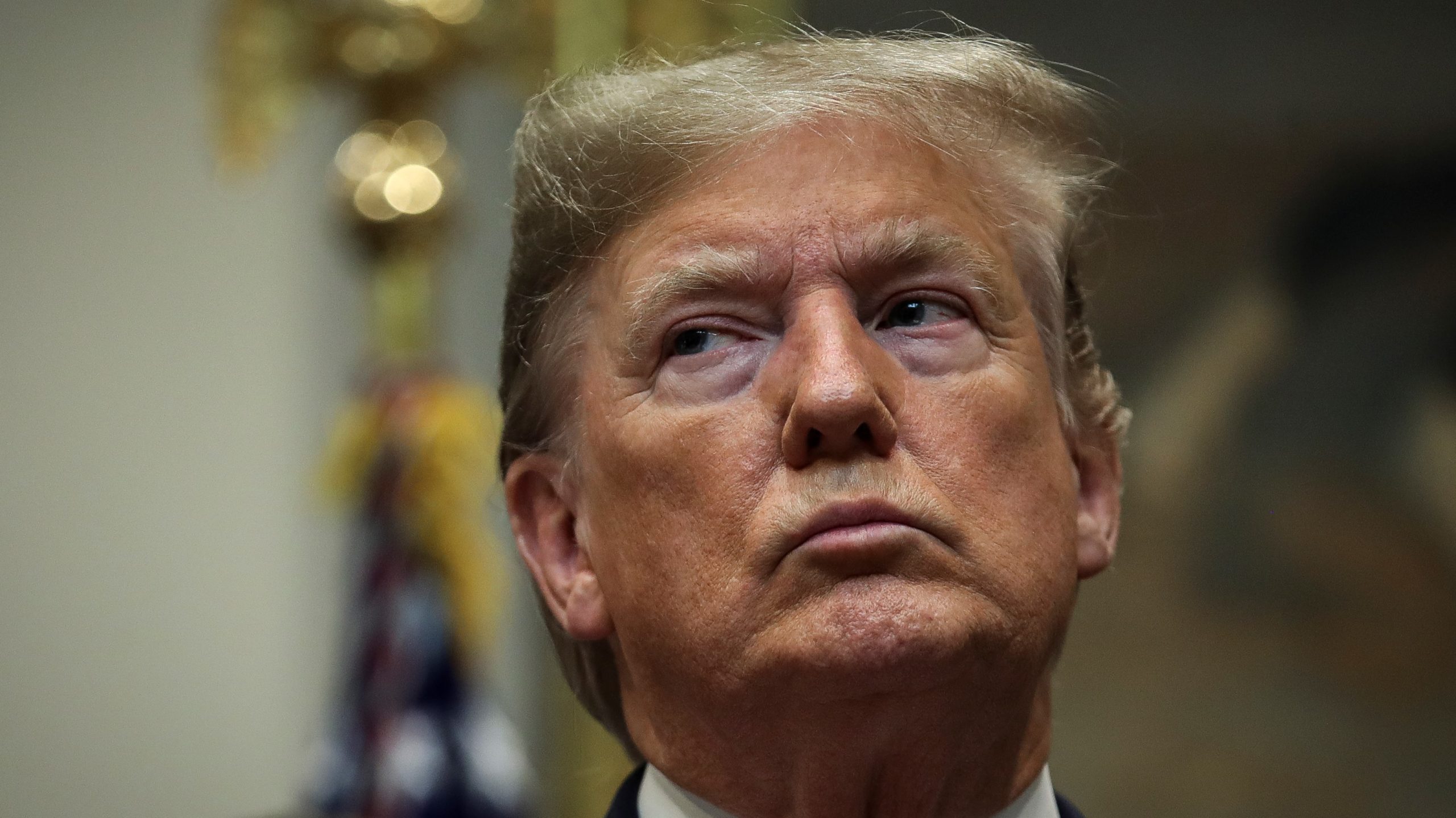 Mediate previously curated seven outrageous moments from the book, based on a wild excerpt released earlier this week.

Rucker and Leonnig on Friday published another excerpt in the Post — it details, amongst other nuts revelations, the infamous incident in which former Secretary of State Rex Tillerson called Trump “a fucking moron.”

This particular excerpt takes Washington Post readers inside a meeting between Trump and top military generals during in a closed-door Pentagon meeting in July of 2017.

Here are five revelations from that explosive scene.

Trump shows signs of being unaware in regards to history and the allies of the United States dating back to World War II. President Donald Trump, showing a staggering lack of understanding when it came to world affairs and history, was “tutored” by senior advisors including Secretary of Defense Jim Mattis, top economic adviser Gary Cohn, and Secretary of State Rex Tillerson — with the use of maps and dollar signs so the president wouldn’t get bored.

By that point, six months into his administration, Secretary of Defense Jim Mattis, Director of the National Economic Council Gary Cohn, and Secretary of State Rex Tillerson had grown alarmed by gaping holes in Trump’s knowledge of history, especially the key alliances forged following World War II. Trump had dismissed allies as worthless, cozied up to authoritarian regimes in Russia and elsewhere, and advocated withdrawing troops from strategic outposts and active theaters alike.

Mattis, Cohn, and Tillerson and their aides decided to use maps, graphics, and charts to tutor the president, figuring they would help keep him from getting bored. Mattis opened with a slide show punctuated by lots of dollar signs. Mattis devised a strategy to use terms the impatient president, schooled in real estate, would appreciate to impress upon him the value of U.S. investments abroad.

Trump’s first complaint was to repeat what he had vented about to his national security adviser months earlier: South Korea should pay for a $10 billion missile defense system that the United States built for it. The system was designed to shoot down any short- and medium-range ballistic missiles from North Korea to protect South Korea and American troops stationed there. But Trump argued that the South Koreans should pay for it, proposing that the administration pull U.S. troops out of the region or bill the South Koreans for their protection.

Trump then repeated a threat he’d made countless times before. He wanted out of the Iran nuclear deal that President Obama had struck in 2015, which called for Iran to reduce its uranium stockpile and cut its nuclear program.

“I don’t want to hear it,” Trump said, cutting off the secretary of state before he could explain some of the benefits of the agreement. “They’re cheating. They’re building. We’re getting out of it. I keep telling you, I keep giving you time, and you keep delaying me. I want out of it.”

4. Trump screamed at his generals, calling them “dopes and babies”

President Donald Trump, according to the account, became enraged over a desire to “win” in the war in Afghanistan, and eventually insulted assembled military members for not taking his orders.

Trump by now was in one of his rages. He was so angry that he wasn’t taking many breaths. All morning, he had been coarse and cavalier, but the next several things he bellowed went beyond that description. They stunned nearly everyone in the room, and some vowed that they would never repeat them. Indeed, they have not been reported until now.

“I wouldn’t go to war with you people,” Trump told the assembled brass.

Addressing the room, the commander in chief barked, “You’re a bunch of dopes and babies.”

5. Tillerson stood up in defense of the military after a Trump tirade — infuriating the president

In December of 2017, President Donald Trump enlisted top military leaders for another meeting in the Situation Room — where they were tasked with a “new Afghanistan policy.”

Tillerson took a stand against Trump after the president repeatedly demanded the U.S. make a profit off of troops stationed overseas. Officials tried to explain the non-monetary benefits of such arrangements, and at one point Tillerson rebuked Trump by telling the assembled servicemen that their sacrifice was valued. The rebuke enraged Trump.

“All these countries need to start paying us for the troops we are sending to their countries. We need to be making a profit,” Trump said. “We could turn a profit on this.”

Dunford tried to explain to the president once again, gently, that troops deployed in these regions provided stability there, which helped make America safer. Another officer chimed in that charging other countries for U.S. soldiers would be against the law.

“But it just wasn’t working,” one former Trump aide recalled. “Nothing worked.”

Following the Tank meeting, Tillerson had told his aides that he would never silently tolerate such demeaning talk from Trump about making money off the deployments of U.S. soldiers. Tillerson’s father, at the age of 17, had committed to enlist in the Navy on his next birthday, wanting so much to serve his country in World War II. His great-uncle was a career officer in the Navy as well. Both men had been on his mind, Tillerson told aides, when Trump unleashed his tirade in the Tank and again when he repeated those points in the Situation Room in December.

“We need to get our money back,” Trump told his assembled advisers.

That was it. Tillerson stood up. But when he did so, he turned his back to the president and faced the flag officers and the rest of the aides in the room. He didn’t want a repeat of the scene in the Tank.

“I’ve never put on a uniform, but I know this,” Tillerson said. “Every person who has put on a uniform, the people in this room, they don’t do it to make a buck. They did it for their country, to protect us. I want everyone to be clear about how much we as a country value their service.”

Tillerson’s rebuke made Trump angry. He got a little red in the face. But the president decided not to engage Tillerson at that moment. He would wait to take him on another day.

Later that evening, after 8:00, Tillerson was working in his office at the State Department’s Foggy Bottom headquarters, preparing for the next day. The phone rang. It was Dunford. The Joint Chiefs chairman’s voice was unsteady with emotion. Dunford had much earlier joked with Tillerson that in past administrations the secretaries of state and Defense Department leaders wouldn’t be caught dead walking on the same side of the street, for their rivalry was that fierce. But now, as both men served Trump, they were brothers joined against what they saw as disrespect for service members. Dunford thanked Tillerson for standing up for them in the Situation Room.

“You took the body blows for us,” Dunford said. “Punch after punch. Thank you. I will never forget it.”

“By then, however, Trump had become a president entirely unrestrained. He had replaced his raft of seasoned advisers with a cast of enablers who executed his orders and engaged his obsessions. They saw their mission as telling the president yes,” the book excerpt concludes. Yikes.

You can read it, via The Washington Post, here.