Just What Is Buzzfeed Trying To Say About Fox News, Anyway? 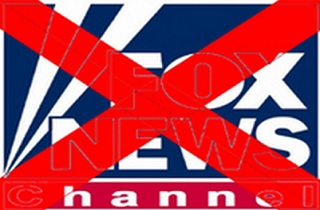 Maybe it’s just me. Buzzfeed‘s Dorsey Shaw published a piece about MSNBC’s fiendish plot to take over Washington, DC by “using one weird trick: blanketing the airwaves with politicians and journalists from D.C. and New York who practically live on Twitter.”

I know what you’re thinking, that this isn’t so much “weird” as it is smart, nor is it so much a “trick” as a natural by-product of 21st century communications technology, but other than that, Dorsey’s got a point. I mean, wouldn’t it be weirder for them to employ Amish journalists from Albuquerque and Sheboygan? Maybe it’s a weirder trick that CNN doesn’t do the same, no?

Dorsey does demonstrate just how shrewd MSNBC’s strategy is, as they are apparently getting almost all of Washington, DC’s journalistic milk for free:

With Jeff Zucker’s CNN drifting away from politics and toward celebrity stories and true crime — and Fox News sticking closely to its stable of “Republican strategists” and in-house conservative pundits — MSNBC has its pick of the entire political press corps. And it has made itself central to the online political conversation by sending its black town cars to collect younger, web-savvy politicos who spend all day chattering about the ins and outs of the game online.

The most notable example of their model is the almost constant presence of two of D.C.’s most influential political media outlets on the network — The Washington Post and Politico.

More than a few Washington Post reporters, like blogger king Chris Cillizza and Nia-Malika Henderson, are almost ubiquitous with the network’s programming, sometimes making multiple appearances on different shows throughout the day and night. Some Post employees moonlight as paid MSNBC contributors, meaning you’ll definitely see Ezra Klein, Jonathan Capehart, Gene Robinson, or all three on any given day.

Politico’s deal with MSNBC seems quite different, even though the desired results are the same for the network. Including the longtime branded “Playbook” segment on Morning Joe, Politico blankets MSNBC’s dayside programming — literally from dawn to dusk — with its reporters, minus that pesky “contributor” status.

My personal revulsion at the unpaid contributor model aside (the transactional value is somewhat different in cable news, anyway), it sounds like MSNBC is making out like Tom Sawyer at a fence-painting. To illustrate his point, though, Dorsey uses the following graphic to show the number of Politico appearances on each cable network, first noting that Politico is apparently under some kind of lifetime ban at Fox News. Is it just me, or is there something kinda weird about the icon Dorsey uses for Fox? 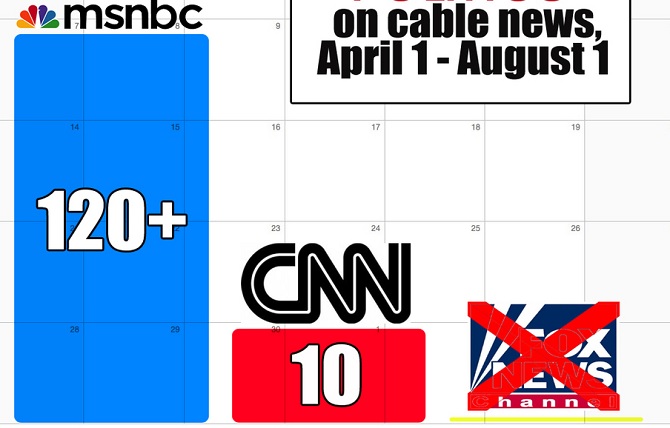 Fox News commentators like Bill O’Reilly and Sean Hannity have taken heat over their recent barrage of criticism at the black community, but is it really fair for Buzzfeed to draw this no-so-subtle comparison to the Confederate flag? Or is it just me? That thing totally looks like a Confederate Battle Flag, minus the stars and with the colors inverted. The iconography for MSNBC and CNN are consistent, so why not do the same for Fox, with a great big zero underneath?

I know what you’re probably thinking, and you’re probably right. It probably is just me, and it probably says something awful about me that the first thing I thought of when I saw that graphic was the Confederate flag. But still, that’s totally what it looks like. I’m just saying.