Trump: I’m ‘Very Much in Agreement’ With My Intelligence Chiefs on National Security Threats (He’s Not)

Trump: I’m ‘Very Much in Agreement’ With My Intelligence Chiefs on National Security Threats (He’s Not) 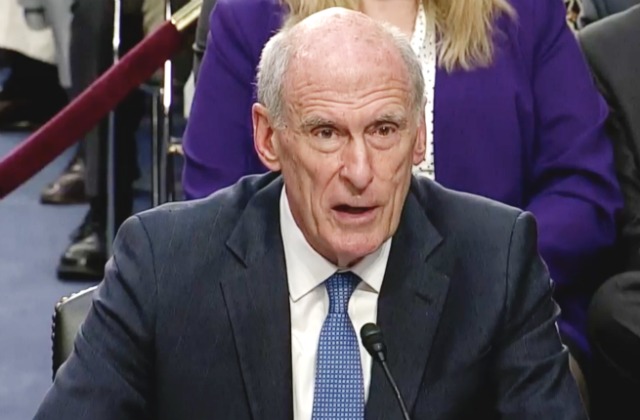 Despite his insistence that everyone is on the same page, President Donald Trump and the intelligence community are clashing over what each considers to be a foreign national security threat, as the President moves closer to declaring a national emergency for border wall funding.

In a Thursday afternoon tweet, the president said that the press “distorted” testimony from his intelligence chiefs in an effort to paint them as differing with Trump.

But a closer look says otherwise. National Intelligence Director Dan Coats, for instance, sees a union between China and Russia to gain military and technological superiority, as a major threat that would undermine the United States on the world platform. The two countries’ excessive interference with U.S. data systems is part of what Coats described as an “information war,” in front of the Senate Intelligence Committee earlier this week.

The intelligence leader also dubbed China, Russia, North Korea, and Iran the “Big Four” when it comes to the biggest national security threats faced by the United States in recent years. The president, while acknowledging national security risks, seems to have a different approach.

When it comes to Russia, for instance, he does not see a major threat.

“I fully expect that someday we will have good relations with Russia again!” Trump tweeted earlier this month, reemphasizing that “getting along with Russia is a good thing, not a bad thing.”

As for North Korea, Iran, and ISIS– reports of threats are simply media “mischaracterizations,” says Trump, who tweeted following the Senate national security hearing that the U.S. is “very much in agreement” with those nations.

Just concluded a great meeting with my Intel team in the Oval Office who told me that what they said on Tuesday at the Senate Hearing was mischaracterized by the media – and we are very much in agreement on Iran, ISIS, North Korea, etc. Their testimony was distorted press…. pic.twitter.com/Zl5aqBmpjF

“North Korea relationship is best it has ever been with U.S. No testing, getting remains, hostages returned. Decent chance of Denuclearization,” he had tweeted  earlier.

Trump also described U.S. relations with China positively Thursday, saying the two were cooperating and reaching a deal, despite the intelligence community’s talks of power threats earlier in the week.

“China’s top trade negotiators are in the U.S. meeting with our representatives,” he tweeted. “Meetings are going well with good intent and spirit on both sides. China does not want an increase in Tariffs and feels they will do much better if they make a deal. They are correct.”

And finally, Trump does not consider ISIS as much of a threat as it used to be before his presidency, despite apprehensions from the intelligence community.

“When I became President, ISIS was out of control in Syria & running rampant. Since then tremendous progress made, especially over last 5 weeks,” he tweeted Wednesday. “Caliphate will soon be destroyed, unthinkable two years ago.”

On the issue where Trump does see a national security risk, the intelligence community doesn’t. Coats and his colleagues have noted that high crime rates and poor economies in other countries are likely to cause more migrants to the U.S., but they don’t seem to view the U.S.-Mexican border as a national security risk. Meanwhile, the President has considered declaring a national emergency to pay for a border wall.