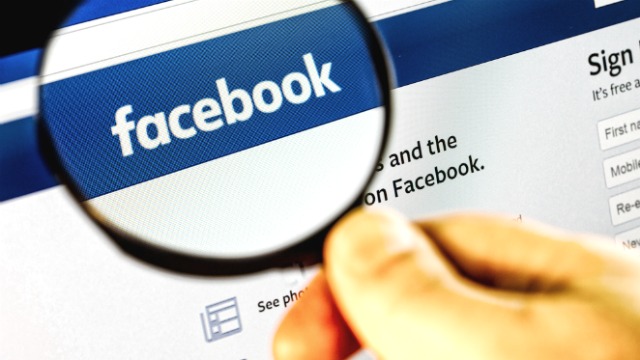 Meet Stu and Kathy Watson — husband and wife from Oregon. Stu believes in the power of face-to-face conversation. Kathy, on the other hand, is very online. On Thursday, the two had a debate in The New York Times comment section. Guess how that went.

The topic was Facebook. Commenting on a piece titled “Facebook’s Mark Zuckerberg Says He’ll Shift Focus to Users’ Privacy,” Stu proudly declared he quit Facebook, and questioned what benefit anyone could derive from the platform.

“I could never figure out why I should join Facebook to essentially re-create what I already had with e-mail,” Stu wrote. “And what was so darned important about the minutiae of my life that I had to broadcast it? And, as we all learned, it was really all about giving the overlords permission to sell our eyeballs to the scumlords. I killed my account two years ago, and can’t say it made a huge difference in my life — because I hadn’t used it for years before that. Go ahead, play their game — but think first about the trade-off in time lost from doing something real, like sitting down with a friend and having a face-to-face chat.”

Then, Kathy gleefully replied to her husband.

“[A]s your wife, I will say that you and I have several conversations a day where I say, ‘did you know … so and so … is moving, bought a new house, got a award, had a baby, etc,'” Kathy wrote. “And you say, ‘No I didn’t. Where did you hear that?’ And I say ‘Facebook.’ So, you are still benefiting from the platform my dear, even if you want to be high and mighty about boycotting it. 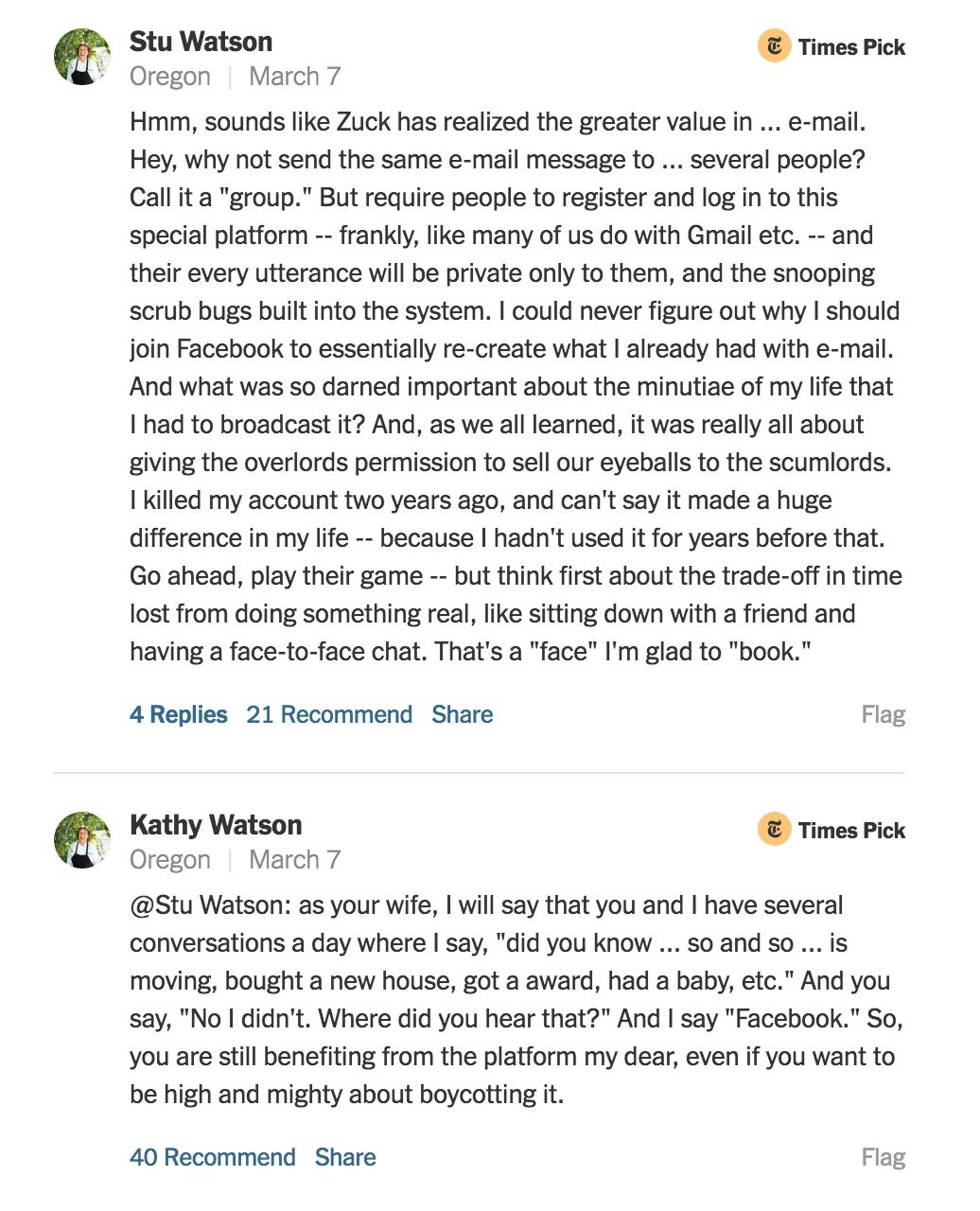 We have a hunch Kathy’s thorough ownage of Stu will be widely shared … on Facebook.