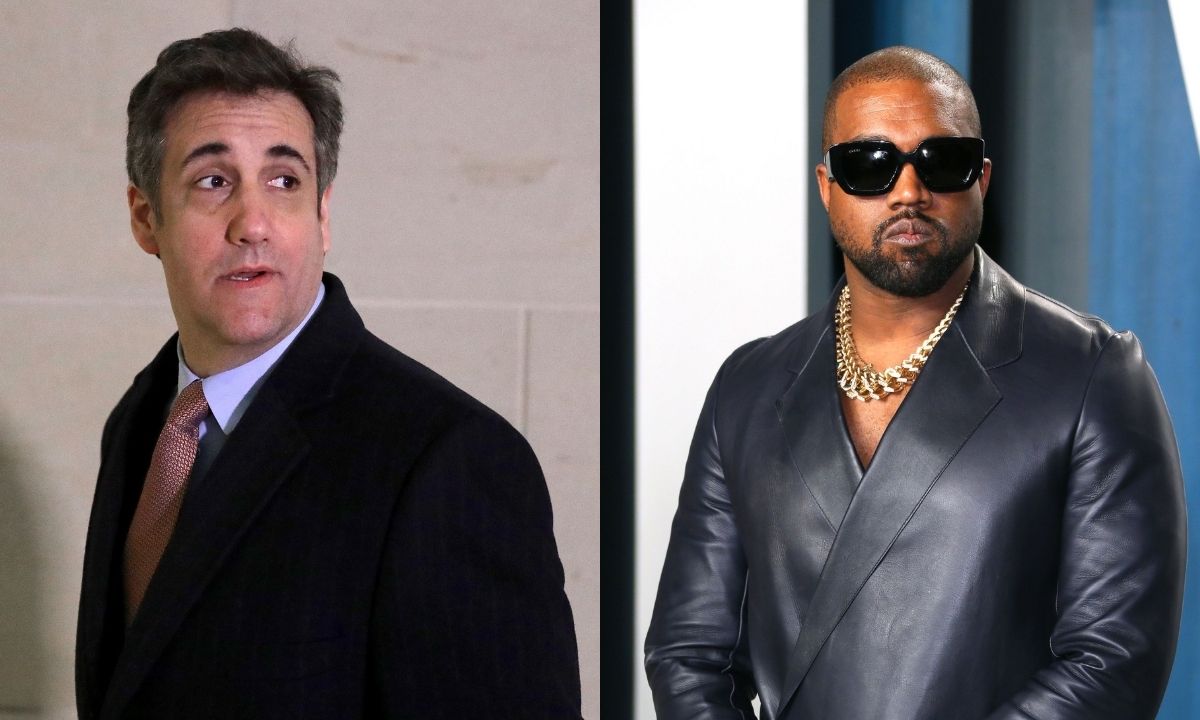 Kanye West — now legally known as “Ye” — was spotted wearing a strange mask to a Tuesday meeting with Michael Cohen.

First reported by Page Six, West and Cohen met up for coffee at New York City’s Loews Regency hotel for their second meeting in one month, but West looked a bit different this time.

The duo was joined by Israeli judo star Or Sassoon, and 5WPR CEO Ronn Torossian, who told Page Six that “Kanye was very calm and relaxed with no security,” adding, “He was wearing the mask most of the time and said he was wearing it so he could walk around freely.”

Torossian also claimed that West and Cohen met up to discuss “real estate.”

“We were just getting together,” Cohen told Page Six. “The purpose [of the mask] was so that people would not recognize him … the first 10 minutes we sat down, he was mobbed by people … who wanted photos, and to say hello. So he put on this mask to give him some anonymity, which interestingly enough, did not really work.”

Page Six added that when they suggested Cohen should try wearing a mask for privacy, he hit back saying, “I’ve seen your face — maybe you need a mask!”

West was also spotted wearing the same mask at John F. Kennedy International Airport a day earlier, but had decorated it with some dark eye shadow and a winged eyeliner look.