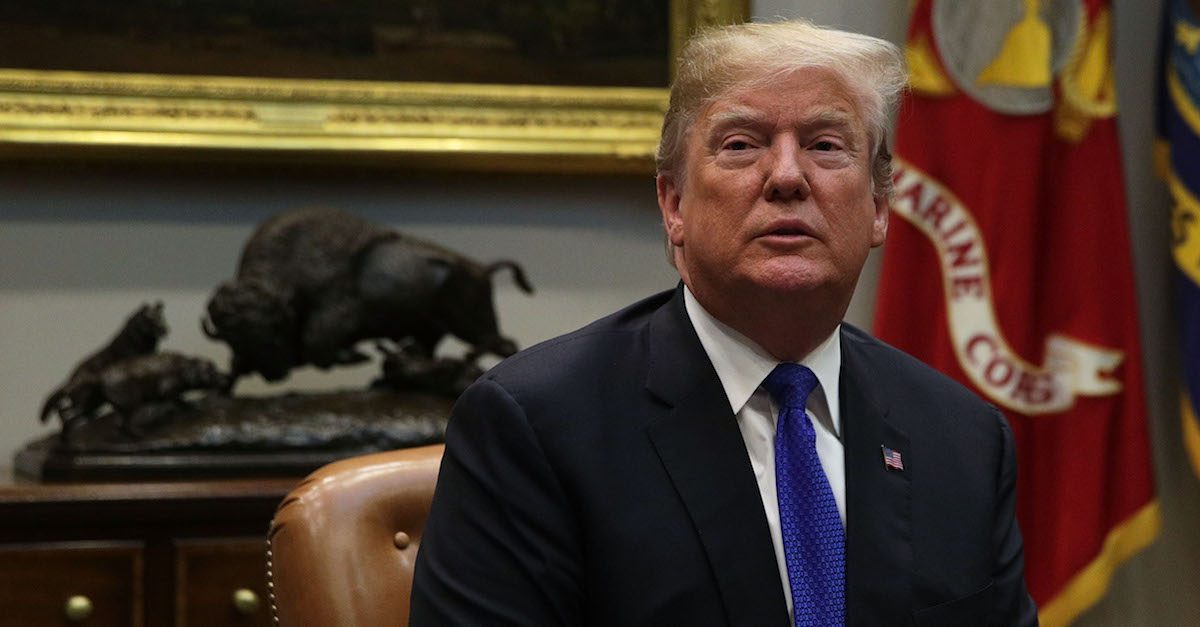 Ever since I was nine years old and I watched Ronald Reagan’s concession speech at the 1976 GOP convention cause tears to run down the cheeks of my now-late mother’s eyes, I have been a staunch conservative Republican. In 2008, I was even a delegate to the Republican National Convention.

While I once gave a campaign donation to my very good friend Democratic Congressman John Yarmuth, I have never voted for a Democrat for a federal or state office in my life. This year, much to my amazement and disappointment, not only will I be likely be voting for Democrats at that level, I will actually be rooting for Democrats to win back at least the House of Representatives.

While I have been heading in this direction for much of the Trump presidency, the last few days have finally pushed me over this previously incomprehensible edge. Here are some of the recent reasons I have finally reached this point:

All of this has persuaded me for sure of what I have long feared. On its current trajectory, there is now no chance of the GOP ever returning to the form of political entity that is a positive force for the country, and one of which I would want to be an active part.

In retrospect, the point of no return was probably Trump winning the presidential nomination in 2016 without much more than token resistance (heck, the chairman of the GOP became his Chief of Staff, before being quickly humiliated out of the job). But I am someone who, when a cause is just, will not stop fighting until there is simply no viable path to avoiding defeat.

That point of no return has now officially passed.

Previously, I thought there might be a chance the Trump-induced spell/virus that 85% of GOP voters appear to be under might diminish when they saw him in action over an extended period of time. But even with all the dozens of things that have happened which would have caused a near riot from the same people against Obama/Hillary, the fever has not only not broken, its hold has gotten stronger.

I never expected great courage from elected Republicans, but even with very low expectations I have been profoundly disappointed in people I respect like Marco Rubio, Lindsay Graham, Paul Ryan, and Mitt Romney (just to name a few), all of whom clearly know what a danger Trump is to our nation and to conservatism. And yet their muted criticism of him has been like that of a hen-pecked husband whose balls have been in their wife’s handbag so long that they have forgotten what they used to feel like.

As for the voter base, my worst fears have been realized. While I was always a bit mystified as to who the bedrock Republican supporter really was, I had always defended them against what I perceived at the time to be ugly and unfair allegations by the news media of racism, sexism, and anti-intellectualism.

It turns out that, like the overturning of a large rock that reveals a swarm of creepy-crawlies underneath, Trump has exposed the GOP base for what it really is. Ironically, it turns out that Hillary Clinton was mostly right about her infamous “basket of deplorables” charge. Based on my experience on Twitter and Facebook, she might actually have been a bit too kind.

I found it to be funny that on Wednesday two prominent people who have been Republican representatives in Congress, former conservative Joe Scarborough, and retiring Senator Bob Corker, each referred to the GOP as being a Trump-based cult. As someone who may have been the first to coin the phrase “Cult 45” (they believe him… every time), I obviously concur, though I take no joy in this sad and precarious reality.

So, because the GOP is now no longer a force for good, or even one which can be relied upon to mitigate evil, there is no longer any choice than for it to be greatly damaged for the good of the nation. Please keep in mind that I say this as someone who, before 2016, honestly thought that Republican control of Congress was vital to the future of our nation and my two small children.

If Republicans maintain their majorities in both houses of Congress–which I believe to still be very possible–Trump not only will not be impeached (there is already very little chance he will ever actually be removed), but we will likely never even know the full truth of what really happened in the 2016 election, or about the many scandals which the Trump administration has perpetrated. Meanwhile, the Republican Party will believe, not without good reason, that embracing Trumpism has no electoral downside and that this philosophy, far more consistent with third-world dictatorships than with the United States of America, should be the way of the future.

Seeing Nancy Pelosi and Chuck Schumer in power again would literally pain me (the existence of both of them, especially Pelosi, is actually greatly harming the Democrats’ chances of regaining their majorities). However, that price would likely be smaller than the long-term risk of allowing Trump and his movement to fundamentally and forever alter not just the GOP, but our international alliances and the nature of our politics/culture.

I am all too aware that my view is held by a tiny (though vocal) minority of conservatives and that, especially in this era of extreme partisanship and tribalism, there is no chance of it catching on. As a true conservative, however, my primary motivation is always based on what is in the best long-term interest of my country, and my family.

I can’t believe it has come to this, but I am now sure that this means actively hoping that the Republican Party gets crushed in November, which is probably a better result than it actually deserves.