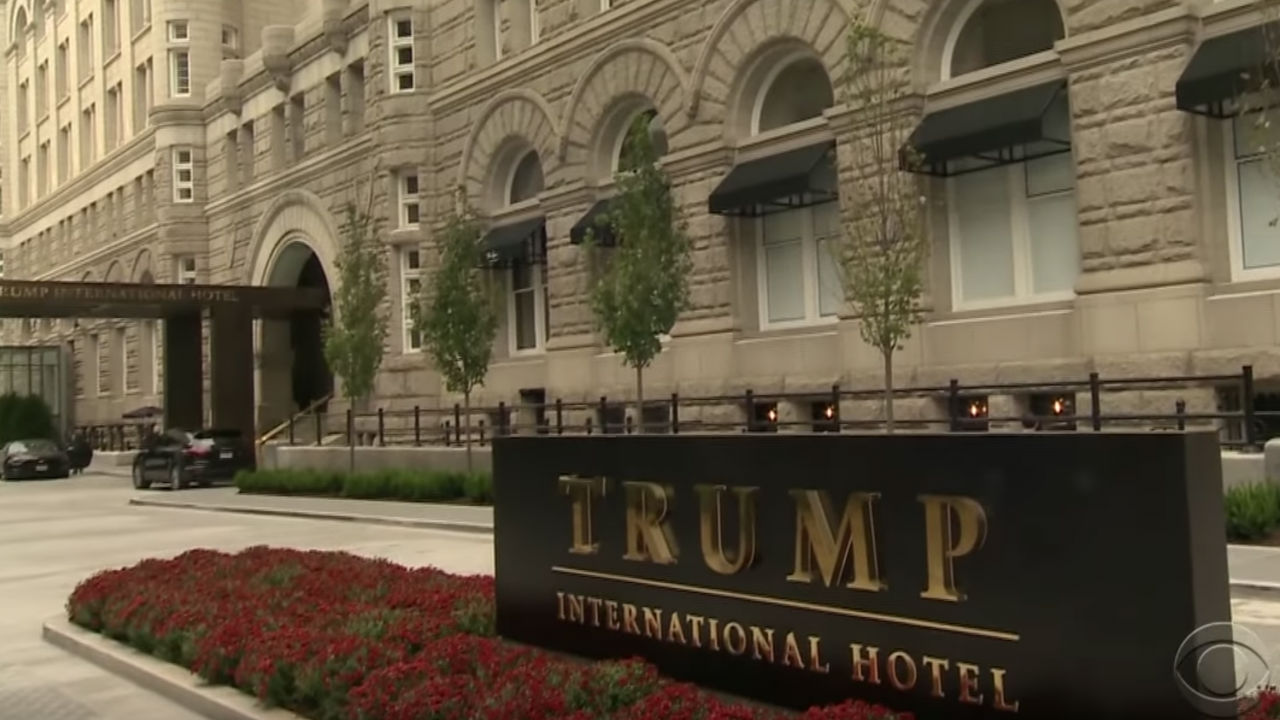 Cops in Washington D.C. knelt in front of protesters in a moment of solidarity outside of Trump International Hotel Monday afternoon.

Powerful image of police officers kneeling moments ago in front of Trump Hotel in DC.

Video shows several protesters fist bumping the line of almost a dozen police officers who knelt at the same time. The group of protesters shouted “show some respect” and “thank you” in response.

Police officers have knelt alongside protesters around the nation this week in places like Oakland and New York, among others. But it’s coincided with widespread cop violence toward protesters and reporters. Some have praised cops for their decision to kneel with protesters, others have criticized the praise, calling their gesture just ceremonial.

Their decision to kneel in front of President Donald Trump‘s hotel comes a night after the White House went dark amid nationwide protests following the death of George Floyd. In a press briefing with White House press secretary Kayleigh McEnany Monday, several reporters questioned Trump’s absence as protests have continued throughout the last week.

“Where is the president?” NBC White House correspondent Geoff Bennett asked McEnany. “Why has he not delivered an address to the nation as many of his predecessors have in a time of domestic crisis?”