Andrew Yang Criticizes DNC for Rejecting Fox News Debate: Why Wouldn’t You Jump at That Opportunity? 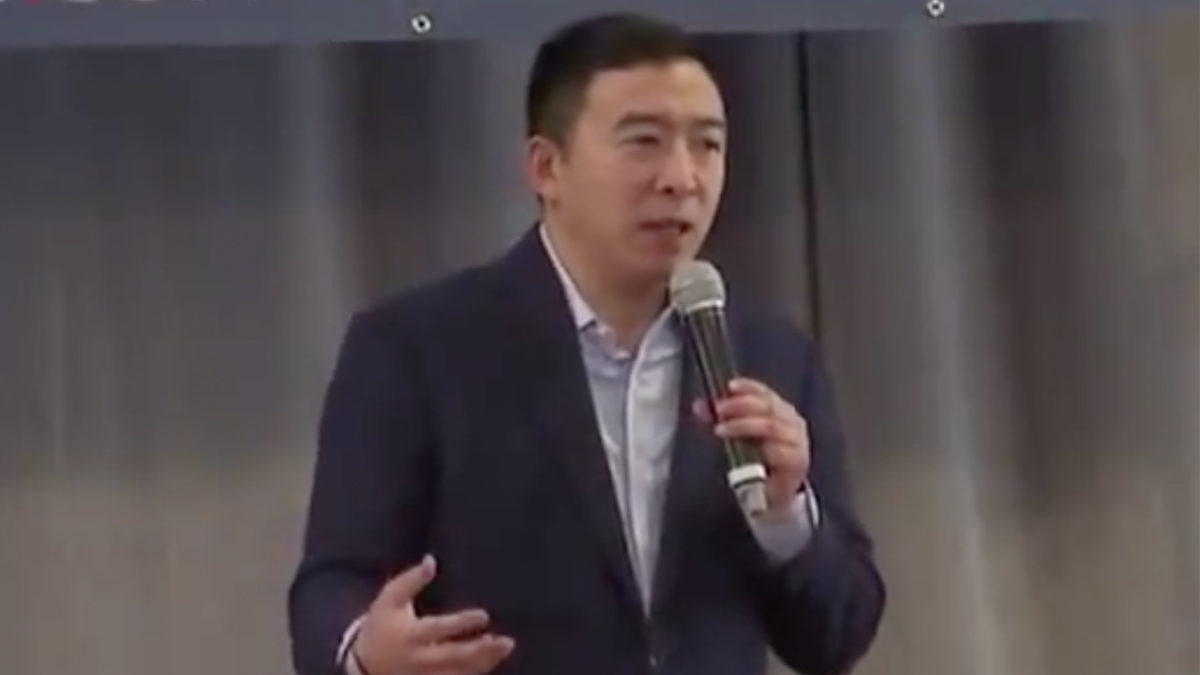 You may remember early on in the Democratic 2020 primary race, the party rejected hosting any debates on Fox News. At the time, DNC Chair Tom Perez said, “Recent reporting in the New Yorker on the inappropriate relationship between President Trump, his administration and Fox News has led me to conclude that the network is not in a position to host a fair and neutral debate for our candidates. Therefore, Fox News will not serve as a media partner for the 2020 Democratic primary debates.”

Fox News responded in a statement saying they should reconsider.

There was some debate at the time over whether it was the correct strategy, and Andrew Yang is arguing that the Democratic party erred.

In remarks flagged by CBS News, Yang said at a campaign event that, in general, Democrats should be going on Fox News to talk to people, asking, “How can you win an election and bring the country together if you literally won’t talk to 40 or 50 percent of the population?”

.@AndrewYang says Democrats should be going on Fox News and criticizes the DNC for not letting the channel host a Democratic debate: "How can you win an election and bring the country together if you literally won't talk to 40 or 50% of the population?" https://t.co/F9xWFIU08W pic.twitter.com/U1ZglSxM19

He then brought up the debates specifically and said if he was in the DNC, he would’ve “jumped” at the opportunity to do a debate on Fox: “Let me show my candidates to people who generally watch Fox News.”