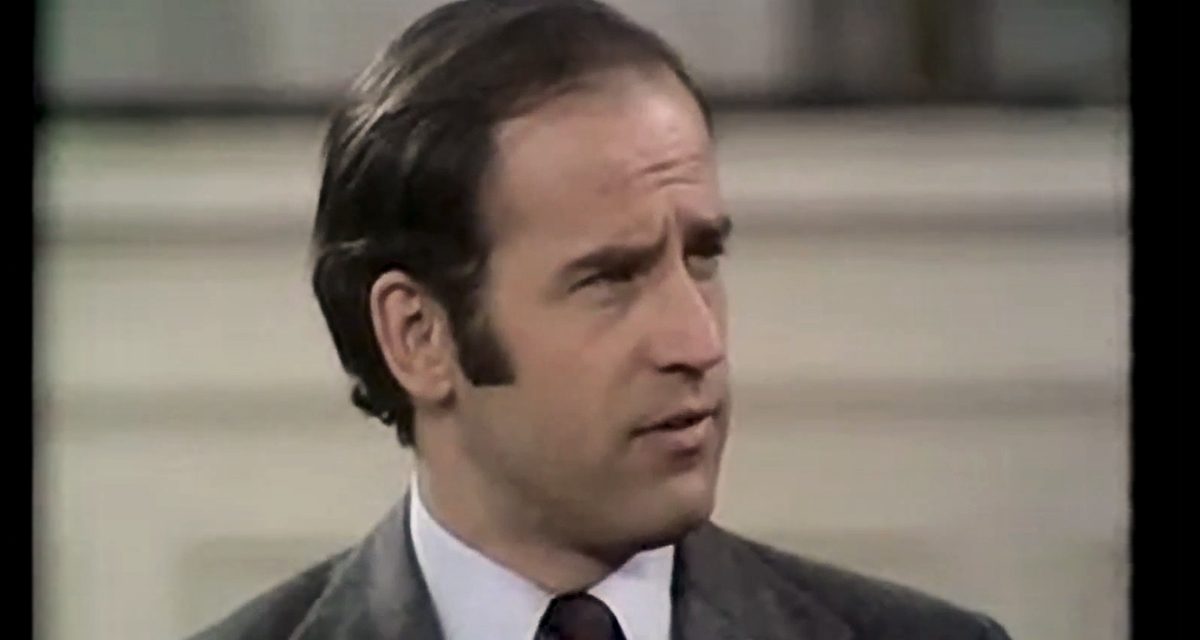 Biden’s launch video, in which he called out Trump’s “very fine people” comments, prompted Trump to defend those remarks, and to once again praise the late General Lee. According to Hot Air’s Jazz Shaw, that means that “Biden has to stand against the wheel and account for that vote, right?”

The vote took place in 1975, when Donald Trump was settling a housing discrimination lawsuit, and Biden was a freshman senator from Delaware. The resolution, Senate Joint Resolution 23, was introduced in the Senate on January 30, 1975 by Sen. Harold Byrd (D-VA) because, as Byrd explained, Lee had complied with the requirements to have his citizenship restated, but his paperwork got lost.

Lee applied for a pardon in June of 1865, along with a recommendation from General Ulysses S. Grant, who also noted that Lee had not submitted the required oath of allegiance to the United States Constitution:

Respectfully forwarded through the Secretary of War to the President, with the earnest recommendation that this application of General R. E. Lee for amnesty and pardon may be granted him. The oath of allegiance required by recent order of the President to accompany applications does not accompany this for this reason, as I am informed by General Ord, that the order requiring It has not reached Richmond when this was forwarded.

According to Byrd, Lee was busy for the next several months, and didn’t get around to swearing the oath until October of 1865. The oath never got stapled to the application, and remained lost to history until 1970, when it was rediscovered.

So Lee’s pardon and citizenship restoration were exactly what every other qualifying member of the Confederacy received at the time. The resolution passed the Senate by unanimous consent on April 10, 1975, and passed the House by a vote of 407-10 on July 22, 1975. The dissenters argued not against Lee’s amnesty, but against not including amnesty for Vietnam War draft evaders. Not the kind who avoided the draft because of bone spurs, but who did so without legal deferments.

The bill was signed on August 5, 1975 by Republican President Gerald Ford, who praised Lee in his remarks. While other senators also praised Lee in remarks on the Senate floor, the Congressional Record for the dates in question feature no remarks from Biden on the subject.

Like his old comments on busing and desegregation, Biden’s vote to restore Lee’s citizenship is fair game, but given Trump’s much more recent praise of Lee and what he was up to in 1975, the comparison might not have the desired effect.