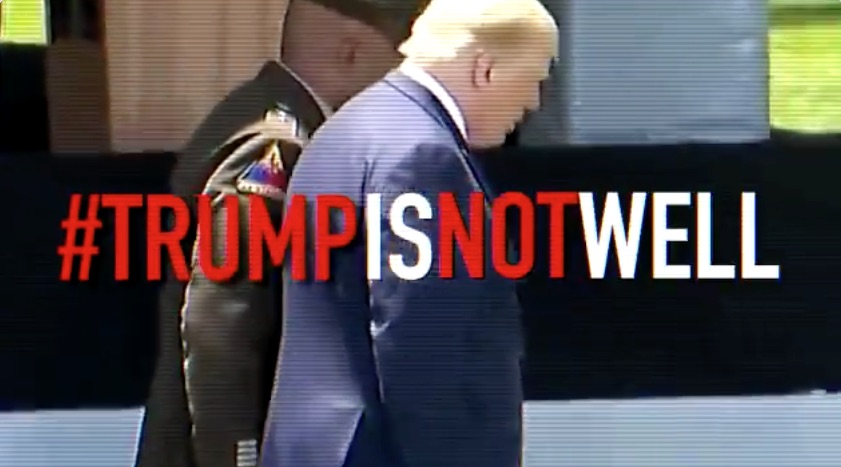 A new political ad by the Never Trump Republican group The Lincoln Project directly calls into question the health of President Donald Trump, including clips from his eye-raising appearance this past weekend at West Point.

Many political observers sounded the alarm about Trump’s physical health after several moments during Trump’s commencement speech at West Point on Saturday, including stumbling over names, seemingly needing to use two hands to steady a glass to drink, and then a very hesitant, halting walk down a ramp when departing the event. The ad also references a moment from last November, when medical experts raised more red flags about Trump’s health after he was unexpectedly rushed to a hospital, which the White House later claimed was part of a “routine, planned interim check-up,” even though normal presidential health protocols were not followed.

“We’re not doctors, but we’re not blind. It’s time we talk about this. Trump is not well,” the ad concludes.

Why did Trump have a secretive, midnight run to Walter Reed Medical Center? It’s time we talk about it. #TrumpIsNotWell pic.twitter.com/c8g97n61s5

Back in 2016, in the final month of the presidential campaign, Trump’s team ran an ad questioning Hillary Clinton’s health, claiming she lacked the “strength” and “stamina” necessary to be president, and aired footage of her stumbling during a bout of pneumonia after a 9/11 memorial event.