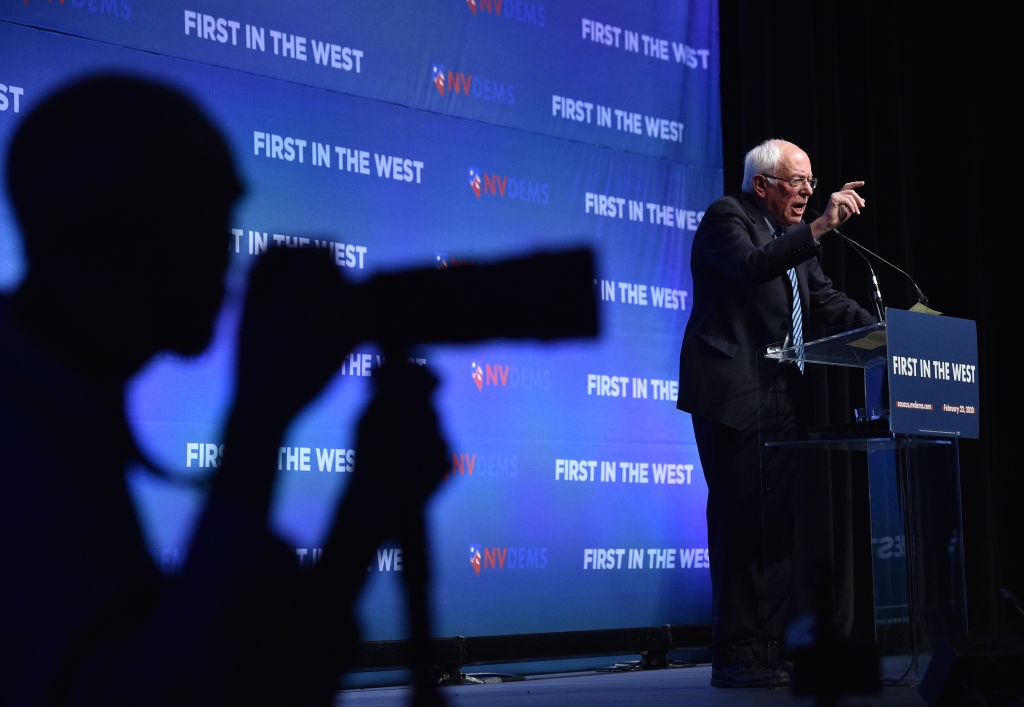 A Democratic super PAC that hit Bernie Sanders in Iowa in personal terms over his heart attack, swing state voters not wanting to support a socialist, and his electability in a matchup with President Donald Trump, is planning a similar ad in Nevada, Mediaite has exclusively learned.

Democratic Majority For Israel (DMFI,) which advocates for Israel within the party, has begun calling Nevada Democrats to recruit a diverse set of voters that reflects the state to provide testimonials for the ad that will begin filming Thursday morning. Martin Hamburger, who is working with DMFI to shoot the ad, detailed the plan to attack Sanders’ electability argument, in a voicemail obtained by Mediaite.

“I’m putting together an ad advocating for Democrats in the caucuses in Nevada to vote for a nominee who is electable, and of course, making the argument that there are some candidates, including Senator Sanders, who are not electable,” Hamburger said in the recorded message.

When reached for comment, Sanders communications director Mike Casca chuckled at the story before providing his simple response. “Hard to think of a better measure of electability than winning the first two states.”

It didn’t take long for Sanders — fresh off cementing himself as the current frontrunner with his New Hampshire win — to come under fire from multiple groups in Nevada, with the influential Culinary Union sending out a handout Tuesday night as he gave his victory speech, alerting its 60,000 members to the fact that his Medicare for All plan would end their negotiated union health care.

But the pro-Israel group’s ads against the man who could become the first Jewish president in American history, will also likely have unintended effects. In Iowa, their ad buy was for $800,000, but Sanders raised $1.3 million through a message to his large and hyper-engaged email list that an “outside spending group” was targeting it with negative ads. Sanders himself then posted a video on Twitter saying “It is no secret that our campaign is taking on the political establishment and the big-money interests, who are now running negative ads against us in Iowa.”

The amount of the ad buy in Nevada is not yet clear.

The DMFI Nevada ad also hopes to secure a diverse and representative group of voters because the state’s population is less than half white, in contrast to Iowa and New Hampshire, which are predominantly white.

Mark Mellman, the president and CEO of DMFI, is one of the top Democratic pollsters in the country, with past clients including former Democratic leader Harry Reid, who for years served as a kingmaker among Nevada Democrats.