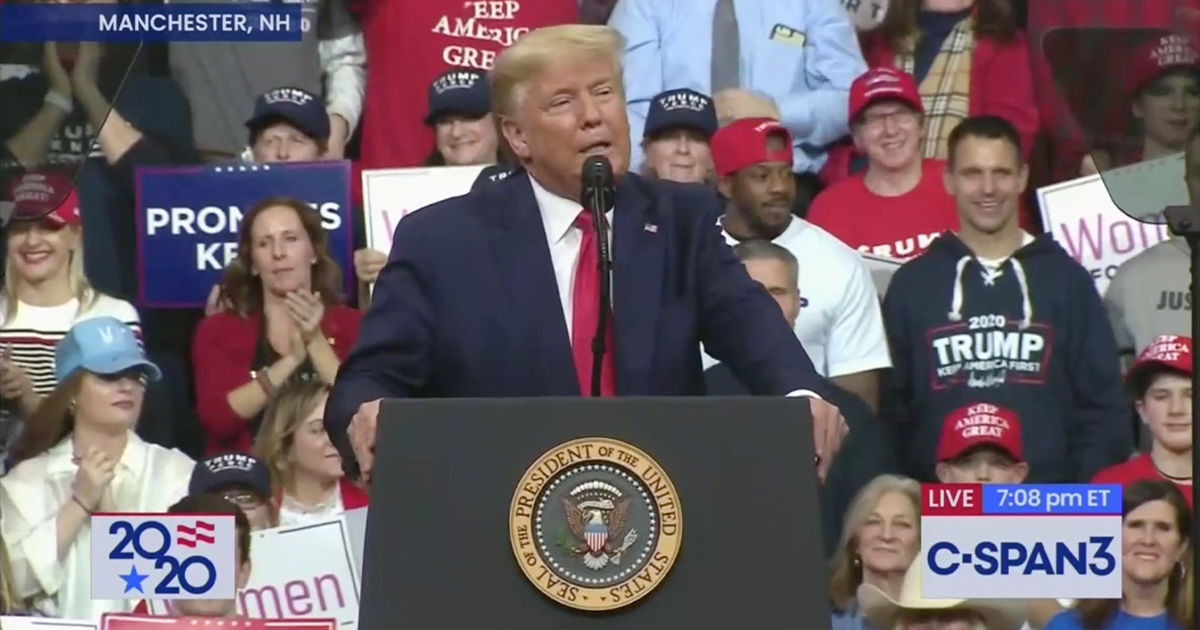 States have started slowly reopening recently after lockdown measures to stop the spread of the coronavirus. Both the Trump and Biden campaigns stopped holding big campaign rallies and have done a number of online campaign events in the past few months.

Now it looks like the Trump campaign is ready to resume holding big rallies.

Politico broke the news that the Trump campaign is planning to start up rallies again “in the next two weeks” and confirming that POTUS “has been itching” to resume rallies.

Regarding the potential coronavirus risks of holding these big events, Politico reports, “his advisers contend that the recent massive protests in metropolitan areas will make it harder for liberals to criticize him.”

A number of other reporters confirmed the news, with CBS’ Nicole Sganga saying that the Trump camp is “still deliberating on venues & safety precautions amid the pandemic.”

?President Trump to resume campaign rallies within the next 2 weeks, @CBSNews confirms.

Campaign officials are still deliberating on venues & safety precautions amid the pandemic.

Campaign Manager @parscale is expected to present options to the President in the next few days.

The Republican National Committee recently said they’re planning on looking elsewhere to hold their convention over a dispute with the governor over coronavirus concerns about a full-scale event. Some officials are reportedly scrambling to work out a way to keep the convention in Charlotte in August.

Politico reported over the weekend that former Trump adviser is rejoining the team in 2020 despite some serious controversy. And it seems he’s not the only one coming back into the fold:

Honored to be formally joining @TeamTrump as Strategic Advisor for Coalitions.@realDonaldTrump has kept his promises to the American people and will be re-elected in November! #MAGA #KAG pic.twitter.com/eamjS1uMS6